MLS Ticker: Moor re-signs in Toronto, Seitz to the Dynamo, and more 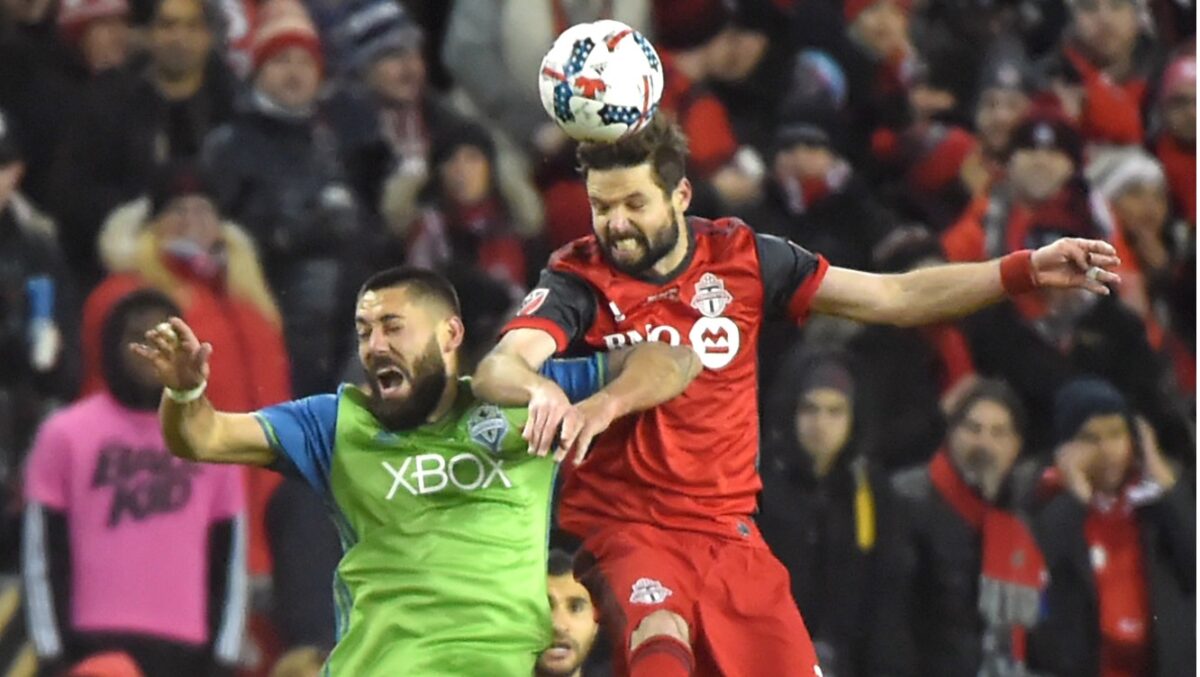 Defender Drew Moor is returning to Toronto for another season with the defending MLS Cup champs. The Dallas native signed a one-year extension with an option for 2019 on Friday afternoon, the club announced.

“Few words can express what it means to me and my family to continue representing Toronto FC. We have experienced a lot of special moments both on and off the field in Toronto, the club has given us so much these past two years and there is nowhere else we’d want to be,” he said. “I can’t wait to get back to work with my teammates, coaches and staff ahead of the 2018 season as we defend our MLS Cup championship.”

Moor made 34 appearances in all competitions for the Reds in 2017. He arrived in Toronto before the 2015 season after spending his previous seven campaigns with the Colorado Rapids.

Free agent goalkeeper Chris Seitz is the newest member of the Houston Dynamo. The 11-year MLS veteran has 96 career starts in the league with 18 clean sheets. He spent the last seven years with FC Dallas. His best year came in 2016, when Dallas won the Supporters Shield. Seitz started 28 regular season games that year and had a 1.04 goals against average.

“Chris Seitz is a very talented and experienced goalkeeper in Major League Soccer. He was one of the key components for FC Dallas when they won the Supporters’ Shield in 2016,” said Dynamo coach Wilmer Cabrera. “Every time he is on the field, he is a very solid and dependable goalkeeper. With his experience and his leadership, he will be a good role model to all the players.”

brad knighton resigns with the revs

Sources tell SBI that goalkeeper Brad Knighton is returning to the New England Revolution. The native of Hickory, North Carolina started six games for the club last season, his fourth with the club. He arrived before the 2014 season and has been the second choice keeper since then. He was out of contract after 2017 and eligible for free agency before signing this new deal. He expects to compete with Cody Cropper for the starting job.

Arizona will be a busy place during the MLS preseason. A total of 11 teams are part of the 2018 Mobile Mini Cun Cup, hosted by Phoenix Rising FC and FC Tuscon. The slate of preseason friendlies will kickoff on February 3 with an MLS double header at Kino Sports Complex in Tuscon . First, LA Galaxy take on Real Salt Lake and later that evening the Portland Timbers and Seattle Sounders will square off.

Overall, there will be 11 matches featuring 11 MLS Clubs, plus Phoenix Rising and their PDL affiliate FC Tuscon, will be held between February 3 and February 24.