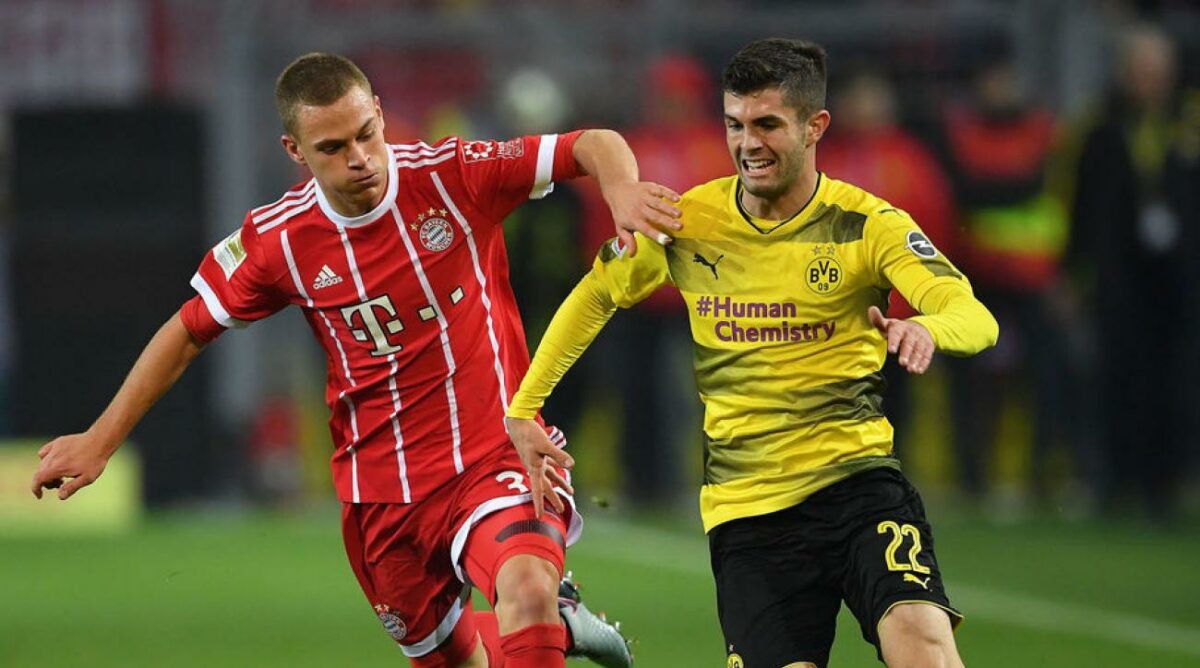 Borussia Dortmund’s pursuit of the Bundesliga title is likely all but over. Their Champions League hopes? Those are gone as well. A late Fall dip in form proved all too costly for Dortmund, and it cost Peter Bosz his job.

On Wednesday, though, Christian Pulisic and Dortmund have a chance at revenge in a German Cup clash with the club’s fiercest rival.

Pulisic leads the way for Dortmund on Wednesday afternoon in a DFB-Pokal third round clash with Bayern Munich. It’s the second clash of the season between the two German powerhouses, with Bayern emerging victorious, 3-1, earlier this season. Dortmund, however, enter with a leg up when it comes to cup clashes as the club rode a semifinal win over Bayern to last year’s DFB-Pokal trophy.

This time around, Dortmund will almost certainly rely on Pulisic to be one of the sparkplugs in the attack. The U.S. Men’s National Team star has been one of the team’s only consistent players this season, and he’s coming off a game-winning performance over the weekend that saw him net a last-gasp winner against Hoffenheim. It was Pulisic’s first club goal in several months and his first overall goal since scoring against Trinidad & Tobago in that infamous USMNT defeat.

Under new manager Peter Stoger, the club has won their last two Bundesliga matches, ending an eight-game winless streak while shoring up a defense that was as leaky as any throughout most of the fall.

Generally stationed on the left, Pulisic is likely to go head-to-head with fellow up-and-comer Joshua Kimmich in one of the matchups to watch. Kimmich, one of German soccer’s most promising prospects, isn’t the fleetest of foot, but his defensive positioning and ability to play out of the back make him one of the league’s top fullbacks. Pulisic’s pace could open up the path for Pierre-Emerick Aubameyang, who is questionable for Wednesday’s game due to injury. If Aubameyang can’t go, Dortmund’s options at striker are pretty thin, making it necessary for Stoger to shuffle the lineup in a big way.

Bayern is expected to be shorthanded as well. Arjen Robben, who has made a habit of torturing Dortmund over the years, will not play, according to manager Jupp Heynckes. That leaves Kinglsey Coman and Franck Ribery the likely starters on the wings. The midfield duo of Arturo Vidal and Javi Martinez will likely be responsible for marking Shinji Kagawa and, if Bayern can take the Japanese playmaker out of the game, Dortmund’s options suddenly dry up.