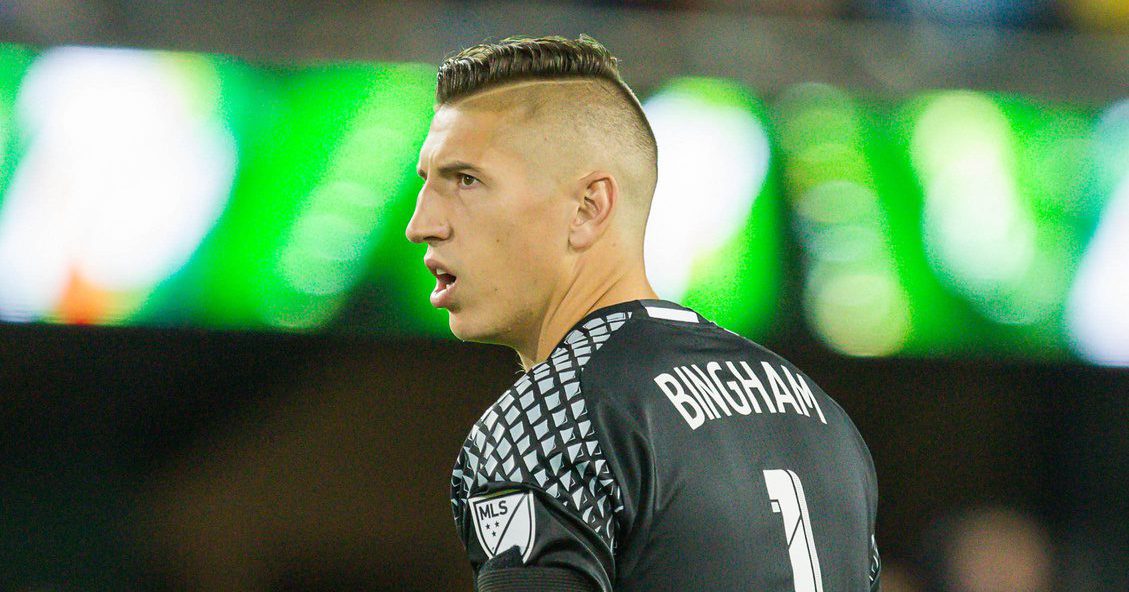 David Bingham will remain a fixture for California Clasicos to come, but it looks like he will do so sporting a different badge.

The longtime San Jose Earthquakes ‘keeper is close to signing with foes down south, the LA Galaxy, per ESPN FC’s Jeff Carlisle.

The deal, which is understood to yet be completed, would send between $200,000 and $250,000 in combined General Allocation Money and Target Allocation Money to San Jose for the 28-year-old.

Bingham, the Northern California native, began his professional career with the Quakes back in 2011, but didn’t see consistent first-team minutes until 2015. He’s since become one of the best goalkeepers in the league, and earned three appearances with the U.S. Men’s National Team.

However, 2017 was a down year for Bingham as he lost his starting role to Andrew Tarbell less than halfway into the season. A source close to the club tells SBI, Bingham had an offer in place from the Portland Timbers shortly after he was demoted to the backup role. Eventually, reports of Bingham departing the Quakes followed.

Bingham leaves San Jose after six years and 96 league appearances with the Black and Blue.