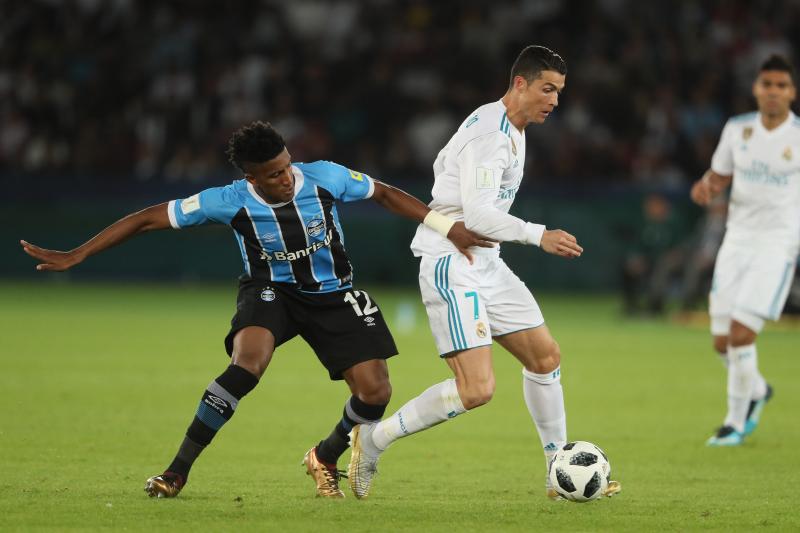 2017 has been a magical year for Real Madrid, winning of four trophies in the span of four different competitions.

Saturday saw Los Blancos add to their trophy-case as they defeated Brazilian outfit Gremio 1-0 in the FIFA Club World Cup final in Abu Dhabi. Cristiano Ronaldo propelled Zinedine Zidane’s to their fifth trophy in the year, scoring from a wonderful free-kick.

The Portguese international was able to squeeze the right-footed effort past a pair of Gremio defenders and to the bottom right corner. It was Ronaldo’s seventh goal all-time in the competition, which helped Real Madrid become the first team to retain the trophy.

Madrid controlled possession for the bulk of the match, but found it tough to breakdown the opponents defense. Raphael Varane headed Madrid’s only chance on goal in the first-half, which saw the sides go into halftime scoreless.

After 65 minutes, Ronaldo was able to break the deadlock after Gremio keeper Marcelo Grohe pushed the effort off of the left post and in. Luka Modric, Karim Benzema, and Ronaldo had chances to extend the lead for Madrid, but was unable to beat the Brazilian keeper.

Regardless, Madrid was able to cap off an amazing year and Ronaldo put his name in history again with the most goals by a single player with the same team in the competition. Luka Modric claimed the Golden Boot award as the tournament’s best player.