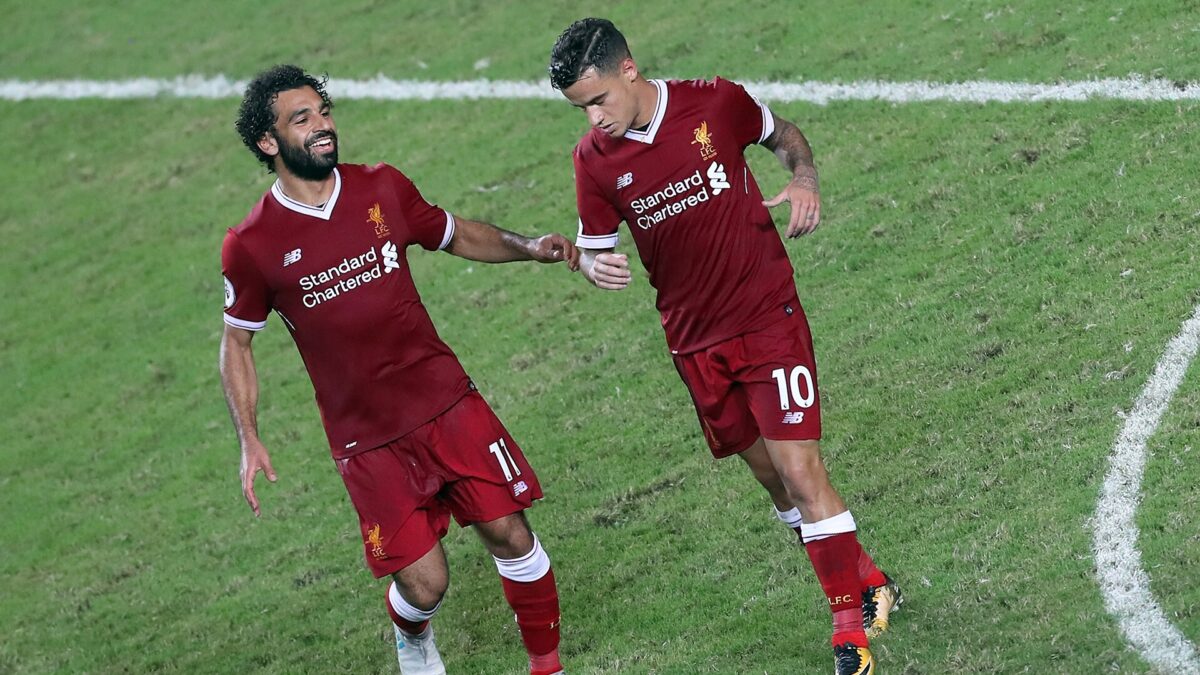 Mohamed Salah has been in the discussion for the best signing in Europe this season, helping Liverpool in all competitions. The Egyptian international continued his stellar campaign, scoring twice in Liverpool’s 2-1 win over Leicester City. Jurgen Klopp’s men had to fight back from a 1-0 first half deficit after Jamie Vardy gave the Foxes an early lead from a right-footed finish. Salah drew Liverpool level in the 52nd-minute after finishing off Sadio Mane’s assist. The winger scored the winning goal after 76 minutes, scoring his 23rd goal of the season in all competitions. Liverpool sit in fourth after the home win, while Leicester are in eighth.

Elsewhere Inter Milan was held in a scoreless draw with Lazio, while Napoli defeated Crotone. The Old Firm Derby took centerstage in the SPFL, while Manchester United was held at home by Southampton.

Bournemouth ended a nine-match winless run on Saturday, defeating Everton 2-1 at Vitality Stadium. Scottish winger Ryan Fraser played the hero, scoring a brace for the hosts. His right-footed finish after 88 minutes gave the Cherries the lead for good after seeing Everton equalize earlier in the half. Idrissa Gueye’s first goal of the season had canceled out Fraser’s first-half strike which saw the teams level at 1-1. With the brace, Fraser now has three league goals this season with Bournemouth. Everton dropped to ninth after the loss, while Bournemouth move to 14th.

It was a day of frustration again for Manchester United on Saturday as they drew 0-0 with Southampton. Jose Mourinho also saw the loss of striker Romelu Lukaku after a first-half collision with Wesley Hoedy. Lukaku’s glancing header was the best effort of the match for the Red Devils. Alex McCarthy and David de Gea each made three saves in their respective clean sheets. The Saints move up to 13th with the point while Man U drop to third as they dropped another pair of points at home.

Juventus head into 2018 a point back of Serie A leaders Napoli, after a 3-1 road win at Hellas Verona. Paulo Dybala led the way with a second-half brace for the visitors. Blaise Matuidi opened the scoring after six minutes, scoring from a Juve fast break. Martin Caceres leveled the score from long range for Hellas, making it 1-1 before the hour mark. Dybala retained the lead for Juve in the 72nd-minute, finishing a right- footed effort from close range. The Argentinian made it 15 goals this season, finishing off his second goal of the match just five minutes later. Hellas remain in the bottom three to start the new year, while Juve are in second.

League leaders Napoli ended 2017 on a winning note, defeating Crotone 1-0 away from home. Marek Hamsik’s left-footed finish after 17 minutes proved to be the difference between the two sides. It was the Slovakian’s fourth goal of the season, and his third in as many matches. Crotone’s Alex Cordaz made six saves in the defeat while offensively his teammates created two shots on goal. Crotone sit in 18th to start the new year, as Napoli are in first and a point clear of Juventus.

Saturday’s edition of the Old Firm Derby saw Rangers leave Celtic Park as winners after holding the defending champs scoreless. Scott Sinclair missed a pair of chances in front of goal for Celtic, while Rangers keeper Wes Foderingham made four saves in the draw. Craig Gordon was also busy, making a trio of saves for Brendan Rodgers’ side. Heading into the new year, Celtic remains eight points clear at the top of the SPFL table while Rangers sit in third place.