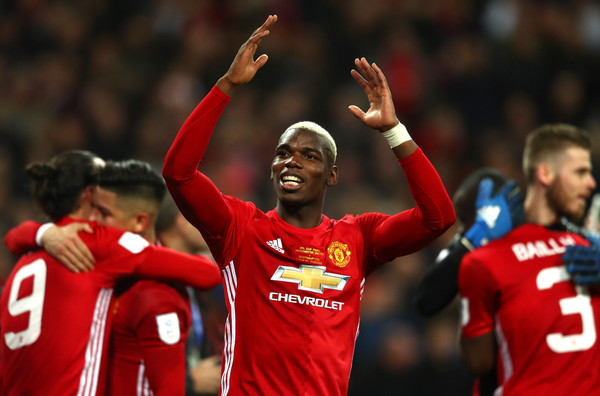 Paul Pogba will serve a three-game ban for his red card against Arsenal, as Manchester United will not appeal the suspension. (REPORT)

Manchester United is reportedly interested in a big-money move for Danny Rose. (REPORT)

Despite differing opinions over Real Madrid’s squad depth, Sergio Ramos and Cristiano Ronaldo are on good terms, according to the Spanish defender. (REPORT)

Sergi Roberto says he is “on track” for a new deal with Barcelona. (REPORT)

Sevilla chairman Jose Castro says Stephen N’Zonzi’s recent trip to London was for the midfielder to visit his son, not because of recent reports linking the Frenchman to Arsenal. (REPORT)

Sven-Goran Eriksson has emerged as a candidate to become head coach of Australia, who will decide on a World Cup manager by mid-February. (REPORT)

QPR technical director Chris Ramsey says “institutional racism” remains a problem in soccer when it comes to the hiring of minority managers and coaches. (REPORT)

U.S. Soccer president Sunil Gulati has decided not to run for re-election. (READ)