U.S. Soccer president Sunil Gulati will not run for re-election 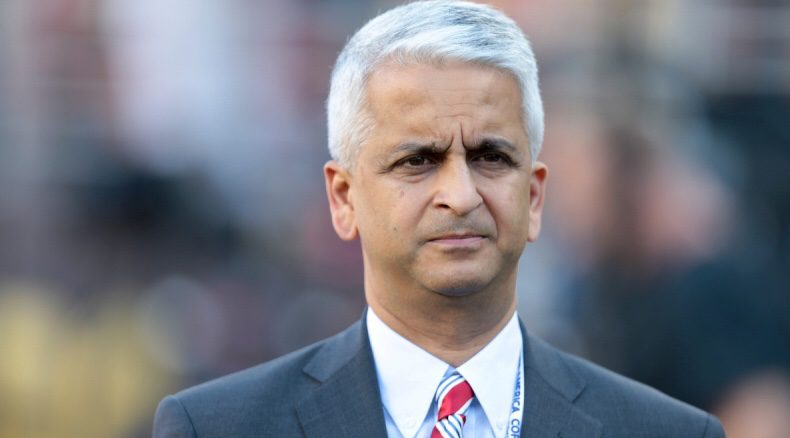 Sunil Gulati has been the head of U.S. Soccer since 2006, and is currently in his fourth term as president. After 12 years of service and a missed World Cup, Gulati has decided not to run for re-election and will step down at the end of his term, according to ESPN on Monday.

“I spent a lot of time thinking about it, and talking about it with many people in many different positions — many of whom told me I should run,” Gulati said on Monday. “But in the end, I think the best thing for my personally, and for the federation, is to see someone new in the job.”

The decision by Gulati also will see the end with a federation that stretches three decades and covers multiple positions.

Even with the failure of seeing the United States Men’s National Team fail to make the 2018 FIFA World Cup, Gulati oversaw an incredible period of growth in the sport in the U.S. Revenues, registrations, opportunities for women, governance, and international stature are just a few of the topics that have grown under Gulati.

“Look, the general perception in the soccer community versus the people who vote in elections may be different right now,” Gulati said, referring to the various state soccer associations and administrators who will vote in the presidential election.

“But the loss to Trinidad was painful, regrettable and led to a lot of strong emotions. And to be honest, I think at this point, that’s overshadowed a lot of other things that are important. So fair or not, I accept that and think it’s time for a new person.”

Gulati still serves on FIFA Council and is the chairman of the joint U.S./Canada/Mexico bid to host the 2026 World Cup, which the United States has not done since 1994.

“I’m going to spend a lot of time over the next six months trying to win an election, and that election is to bring the 2026 World Cup here,” Gulati said of the June 13 vote by FIFA’s Congress.