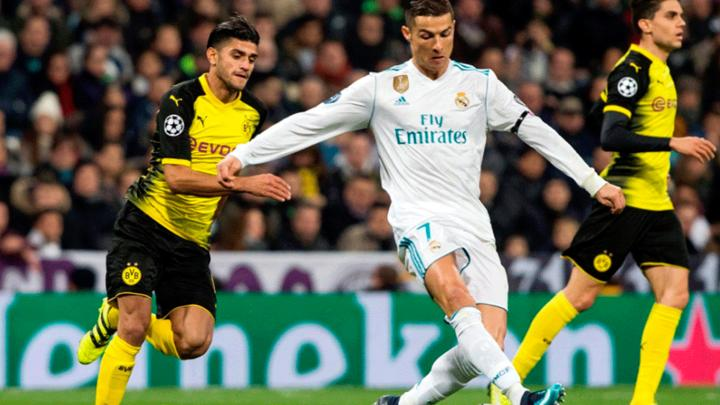 Wednesday saw the conclusion of the UEFA Champions League group stage with several spots still remaining in the knockout round.

A pair of familiar faces squared off in Madrid as Real Madrid welcomed Borussia Dortmund to the Santiago Bernabeu. Los Blancos defeated Dortmund 3-1 back in September and was looking to do the same this time around.

Elsewhere, Manchester City faced a trip to Ukraine was Liverpool hosted Spartak Moscow on Merseyside. Napoli needed a win at Feyenoord for a chance of making the next round, as Porto hosted AS Monaco at home.

Here’s a closer look at all of the day’s action:

The defending UCL holders finished the group stage with a win as Real Madrid defeated Borussia Dortmund 3-2. Zinedine Zidane’s side had an early 2-0 lead as Borya Mayoral and Cristiano Ronaldo found the back of the net after 12 minutes. Pierre-Emerick Aubameyang pulled one back for Peter Bosz’s side before halftime, scoring from close range. The Gabon international equalized for Dortmund in the 48th-minute, scoring from a rebound. Lucas Vazquez scored the winner for Madrid after 81 minutes, rifling home from long range for his third goal of the season. Los Blancos finished as runners-up in their group, and next will face Sevilla in La Liga action. Dortmund will join the Europa League after finishing third in Group H.

Liverpool clinched the top spot in Group E after a 7-0 thrashing of Spartak Moscow at Anfield. Philippe Coutinho led the team with a hat trick, while Sadio Mane added a brace. Coutinho’s penalty kick opened the scoring in the fourth minute after Mo Salah drew a foul inside of the box. The Brazilian doubled Liverpool’s lead in the 15th-minute, striking home Roberto Firmino’s assist to the bottom right corner. Firmino extended the lead to 3-0 three minutes later for his 11th goal of the season. Mane’s right-footed effort made it 4-0 early in the second-half for the Reds. Coutinho finished off his hat trick after slotting home a left-footed effort just minutes later. The Senegalese winger’s second goal on the night came from close range in the 76th-minute, before Salah finished the scoring on Merseyside. With the loss, Spartak will enter the Europa League Round of 32.

The UEFA Champions League Round of 16 will consist of the following teams:

The UEFA Champions League Round of 16 draw will take place on Monday, December 10th at 6 a.m. EST on Fox Sports 1.