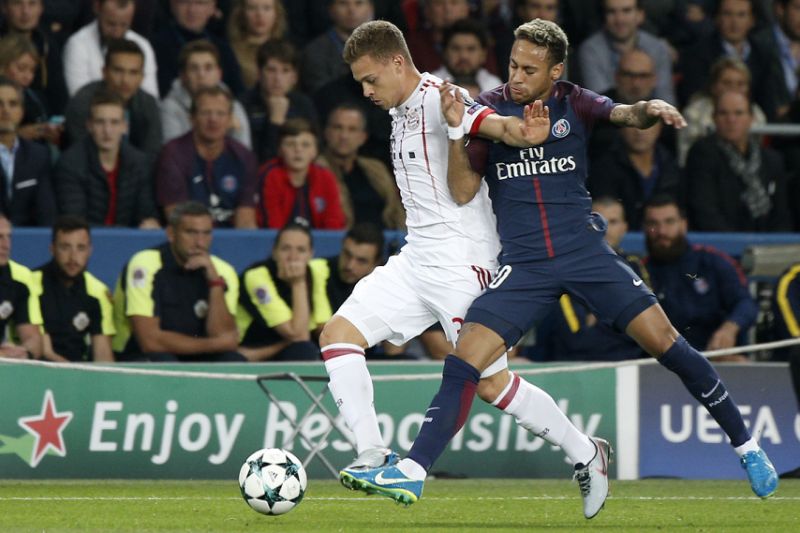 The UEFA Champions League group stage concludes this week with several teams looking to clinch a spot in the knockout round.

A pair of Europe’s top teams square off in Munich as hosts Bayern Munich face off with Paris Saint-Germain. Both teams have clinched a spot in the next round, and PSG defeated Bayern 3-0 back in September.

Elsewhere, Chelsea hosts Atletico Madrid at Stamford Bridge while Manchester United welcome CSKA Moscow to Old Trafford. Anderlecht travels to Celtic in a one-match showdown for a spot in the Europa League. Roma faces Qarabag knowing a win would guarantee them a spot in the Round of 16.

Injuries of Note: Bayern will be without the trio of Thiago Alcantara, Arjen Robben, and Juan Bernat. Thomas Muller and Kingsley Coman will be evaluated prior to kickoff. As for PSG, Thiago Motta is the only player slated to miss out while defender Marquinhos is questionable.

Key to the Game: The last time out saw PSG blow by Bayern at the Parc Des Princes. The Germans must defend heavily against this highly talented squad for a chance of getting a positive result.

Player to Watch: Brazilian playmaker Neymar has 15 goals and 11 assists in all competitions this season for PSG. He has added a new element to the prolific attack that Unai Emery’s side have shown this season.

Quote: “We want to forget the first leg and show that Bayern not only has a great history; we want to show that we are on equal terms with a team that invested 500 million euros last year and I am very confident that I will be able to give the audience a pleasant evening,” Bayern manager Jupp Heynckes said.

Injuries of Note: Chelsea will be without David Luiz and Charly Musonda who both remain sidelined with knee problems. Atletico come into this clash off of a win, and a healthy squad. Spanish defender Juanfran remains the only injury for Diego Simeone’s men.

Key to the Game: Chelsea dominated in their weekend win over Newcastle, and will look to do the same against Atletico. For a chance at three points, Antonio Conte’s side will need to show the similar dominance with the ball against a stingy defense.

Player to Watch: Chelsea winger Eden Hazard is coming off a brace at the weekend, and is showing signs of his old self. The Belgian has been a huge playmaker for Conte’s side this season, and will look to run the show offensively in Tuesday’s contest.

Quote: “We did well after only two days’ rest. It was a solid performance despite the goal. We showed good motivation and good intensity.,” Chelsea manager Antonio Conte said following a 3-1 win over Newcastle. “I made rotations in the game and the response of my players was positive. I think that today, to play and win after two days of rest means a lot.”