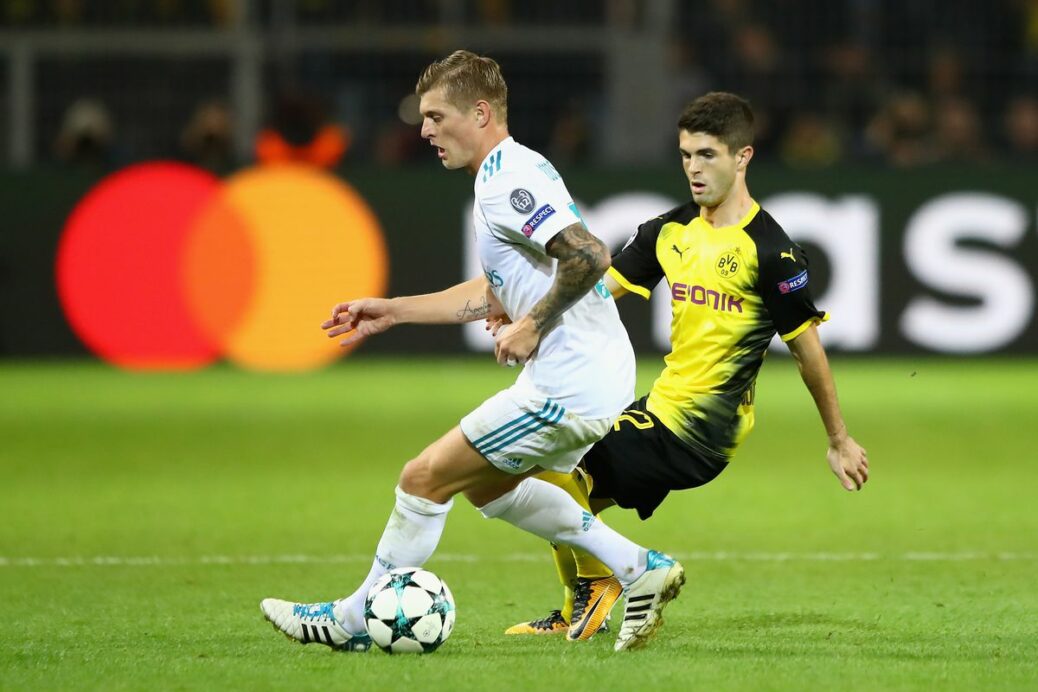 The UEFA Champions League group stage concludes on Wednesday with only four spots remaining in the Round of 16.

The must-watch fixture comes from the Santiago Bernabeu as Real Madrid faces off with struggling Borussia Dortmund. Los Blancos thumped Dortmund 3-1 back in September, and will look to do so for a second time.

Injuries of Note: Dortmund will be without German forward Maximilian Philipp, who is schedule to be out for months with a knee problem. Real are without Welsh winger Gareth Bale, who is slated to return this coming weekend.

Key to the Game: Dortmund have struggled for much of the last two months, and are not guaranteed a spot in the current Europa League. Peter Bosz’s side will need to play with confidence against a side that is more talented than them. Madrid will look to prepare themselves for a huge home league clash vs. Sevilla this weekend, but also look to end the group stage with a win.

Player to Watch: Cristiano Ronaldo has 10 goals in all competitions this season, with eight of those 10 coming in the Champions League. CR7 will look to shine once again for Real, who face a Dortmund side that are winless in their last seven matches.

Quote: “We have to give Cristiano a bit more support and show more respect,” Real Madrid manager Zinedine Zidane said. “He’s so good that when things aren’t going quite so well for him, people start to talk.”

Injuries of Note: Liverpool defender Joel Matip is slated to miss out after missing Saturday’s 5-1 road win at Brighton. Defenders Joe Gomez and Ragnar Klavan will be available for Klopp. Spartak comes into this tie with a healthy squad, knowing they begin their winter break from league play beginning this weekend.

Key to the Game: Both teams have a lot to play for and will look to go all out. Spartak needs a victory to make the knockout stage, while Liverpool need a point to advance. The team with the fewer mistakes will come out on top in this one.

Player to Watch: Liverpool winger Mohamed Salah has been on a tear for the Reds, recently claiming the Premier League Player of the Month trophy for November. The Egyptian has 17 goals in all competitions this season, and five in the UCL.

Quote: “We want to go through and we have the chance to do it,” said Jurgen Klopp before Wednesday’s European tie at Anfield. “I don’t have to think about the game on Sunday already.”