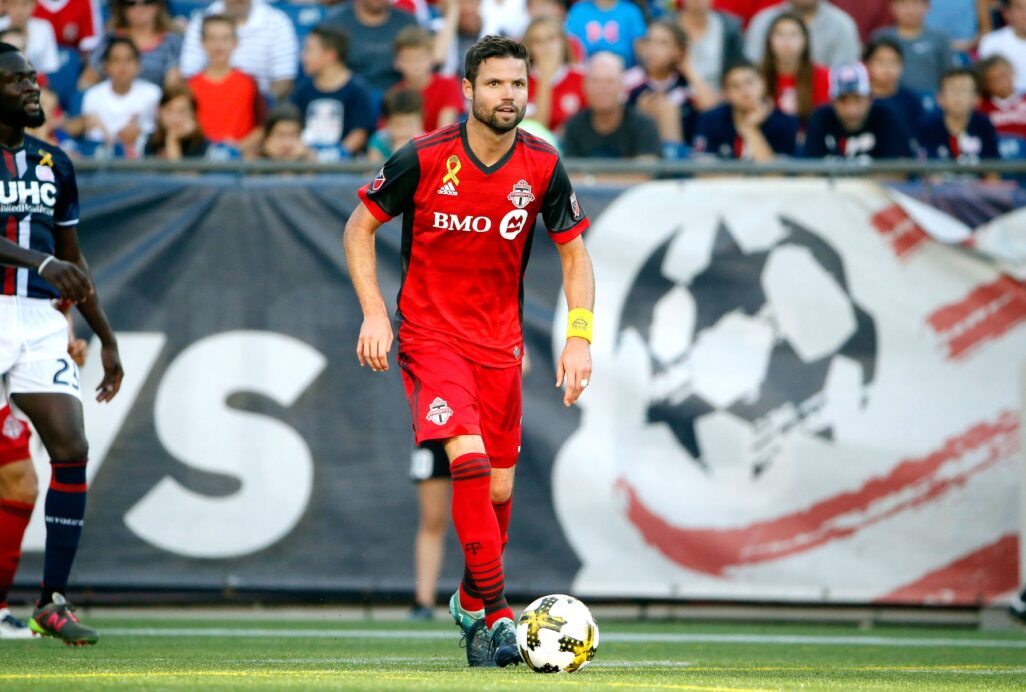 TORONTO– When Chad Marshall played in his first MLS Cup, he was one of three goal-scorers for the Columbus Crew along with Alejandro Moreno and Frankie Hejduk.

When Drew Moor made his MLS Cup debut in 2010, he earned a championship medal thanks to a George John own goal in extra time.

In both instances, the Marshall and Moor played against teams from their own conferences. Marshall lined up against the New York Red Bulls and Moor faced FC Dallas.

Fast forward to 2017 and the players with the most playoff experience for their respective clubs are squaring off for the second straight season in one of MLS’ most star-studded finals.

Even though plenty has changed in the decade plus since the two defenders entered the league, the mentality entering the championship match hasn’t.

“Playoff games, I don’t think they change a whole lot year in and year out,” Moor said. “They’re the fun ones, the exciting ones, there the ones you lose sleep over thinking about and a lot of times they’re cagey, defensive and no one wants to make a mistake. It’ll be the same. We’ll go after it and try to play our game and open them up and try to create some chances and score some goals.”
Marshall faces a bit of a different perspective since he’s going to be playing a road game as a member of the Sounders. When he played in his first MLS Cup, the match was hosted at a neutral site.

“When we won with Columbus in 2008, it was at a neutral site in LA,” Marshall said. “It makes for a different game because neither team is at home. No one feels like they need to be the aggressor and play their own style. Coming here, it’s their field, their home. We have to treat it like an away game.

“We are going to be solid defensively and make sure we’re that way and not get spread out because this team is capable of scoring a lot of goals,” Marshall said. “We have to be smart defensively like we were last year. We do feel like we’re a better offensive team than we were coming here last year so hopefully we can nick a couple on the other end.”

Regardless of where the game is being played, one thing can be agreed upon: the league has changed immensely since they both entered the league.

“The league seems to have grown so much since 2010 and it’s been amazing to watch and to see some of the players that have come here in their prime,” Moor said. “Not just to this club, but to other clubs in MLS. I had an opportunity when I was 24-25 to go to a smaller club in Europe because I didn’t want to leave MLS. I wanted to be part of its growth.”
“To be able to play my third MLS Cup here at BMO, it’s one of the best atmospheres in the league with some of the players that are going to be on the field, it’s going to be awesome,” Moor said.
Marshall, who has made 371 regular-season appearances, has the most postseason games under his belt than anyone coming into the 2017 MLS Cup with 28. He’s the rock of a Sounders defense that hasn’t let in a goal since October 1, and he’s awaiting a test from the Reds, who will be their toughest opponent in the postseason.
“Obviously we had a nice run through the Western Conference,” Marshall said. “We know we haven’t faced a team like Toronto yet. It’s going to be a battle. We haven’t faced anyone like them so I think we’re relaxed, confident, but we know come Saturday we’re in for a battle.”
Moor, who started in 2005 with FC Dallas and was one of the league’s first free agents, has tasted the championship feeling before, and he would love nothing more than to cap off a fantastic season with Toronto FC with his second championship medal.
“It’s so special to win a championship,” Moor said. “The Supporters’ Shield is great. It’s not what teams ultimately want to win. A Canadian Championship is great. A U.S. Open Cup is great. We play in this league to win MLS Cup. Having had a chance to win a championship before I know what it means It’s amazing. It does so much for you personally, as a team, as an organization.”
With the experience he’s earned in his past two finals, Moor is taking a measured approach to Saturday’s championship.
“We don’t need to worry about the final score,” Moor said. “We need to embrace the weather. We need to embrace the ebbs and flows. Don’t think about winning a championship . Think about going in and winning one game and it’ll be special if we do.”