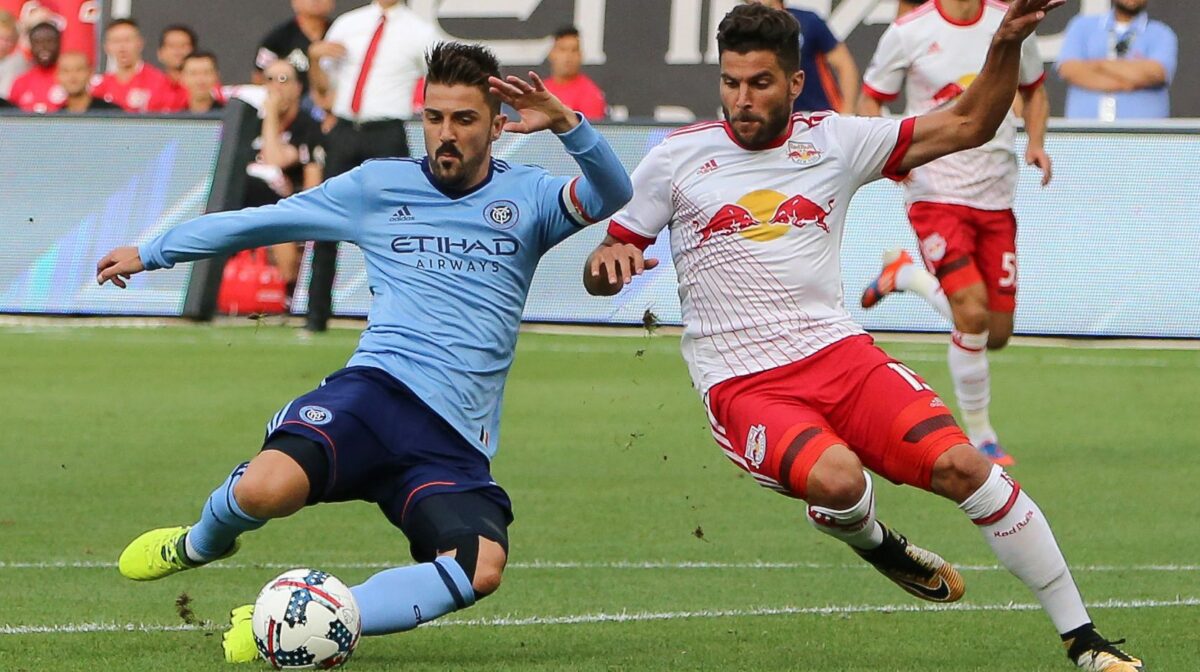 The intrigue surrounding the 2018 MLS season escalated on Thursday as the league released each team’s 34-game slate for the upcoming season.

The addition of LAFC and its big-name roster provides us with more must-watch contests, but there are also a bevy of other matchups that will attract our attention.

Here’s a look at the most intriguing games on the 2018 MLS calendar.

Expansion side LAFC has made a claim to be the king of the Los Angeles soccer scene before even playing a match.

With Bob Bradley at the helm, LAFC has brought in plenty of big names in an attempt to contend for the postseason right away.

The first chance for Bradley and Co. to get the upper hand on the LA Galaxy comes on March 31 at StubHub Center.

The Galaxy stumbled in 2017 and are in need of a bounce-back campaign to remain relevant in its own city.

Although the rivals will meet two other times, winning the first derby will carry plenty of importance in the battle for bragging rights.

LAFC is trying to mimic what Atlanta United did last season by coming into the league as an expansion team and making the playoffs.

April’s clash at Mercedes-Benz Stadium will be a wonderful display of the exceptional talent both clubs have brought in while playing in one of MLS’ best venues.

This matchup also presents us with an intriguing managerial battle between Tata Martino and Bob Bradley, but ultimately it will be the playmakers on each roster, and there are plenty of them, who will decide the result.

The balance of power in the Hudson River derby started to shift in 2017, as New York City FC began to gain a foothold against the New York Red Bulls.

The first of three meetings in 2018 will take place at Red Bull Arena and it will feature plenty of new faces, with Sacha Kljestan now in Orlando and Andrea Pirlo retired.

However, two key figures remain as David Villa and Bradley Wright-Phillips will once again be involved in a scoring duel.

Toronto FC vs. Seattle (May 9)

Toronto FC and the Seattle Sounders may be ahead of most MLS teams in terms of sharpness entering their MLS Cup rematch on May 9 at BMO Field due to their participation in the CONCACAF Champions League.

Regardless of what occurs on the continental level from February to April, both powers will look to make an early statement.

For Seattle, it will be about earning revenge at the site of its 2017 MLS Cup loss, while the Reds will try to assert their dominance early in the 2018 domestic campaign.

Orlando City vs. Atlanta United (May 13)

One of the most exciting budding rivalries takes center stage a week after the New York derby kicks off.

Orlando City and Atlanta United started to grow their rivalry in 2017, and with the Lions hungry to make the playoffs for the first time, this match will be a good measuring stick for Jason Kreis and Co.

The first of three matchups between Southeast rivals also pits Kljestan against some of the best young playmakers in the league in Atlanta’s Miguel Almiron and Josef Martinez.

After playing 12 of their first 14 games on the road, D.C. United will open Audi Field against the Vancouver Whitecaps on July 14.

Even though MLS missed out on an opportunity to have the Black and Red open against the New York Red Bulls, it’s still the opening game at a brand-new facility.

Just like Atlanta in 2017, D.C. will play a majority of its games in the second half at home. Ben Olsen’s improved side should be able to take advantage of that string of home games to challenge for the postseason.

There’s only one Rivalry Week this season, but MLS made sure it was a doozy.

Starting on August 22 with the Hudson River Derby, there will be eight rivalry clashes taking place over the span of five days.

Included in Rivalry Week are the matchups between LAFC and the Galaxy, the Texas derby pitting Houston and FC Dallas against each other, Toronto versus Montreal in the 401 Derby, a Cascadia Cup clash between the Sounders and Portland Timbers and another installment of the all-Southeast clash between Atlanta and Orlando.

In addition to playing NYCFC at the start of Rivalry Week, the Red Bulls will face D.C. United on Sunday, August 26.

As has become tradition for the final day of the regular season, all 11 games on Decision Day will be played at the same time.

There’s a new wrinkle to Decision Day with 23 teams in the league for 2018. Real Salt Lake will be the team forced to sweat it out on the final day of the regular season as they were handed a bye.

Clashes between Atlanta and Toronto and Sporting KC and LAFC highlight the day’s action as well as Sacha Kljestan’s return to Red Bull Arena with Orlando City.