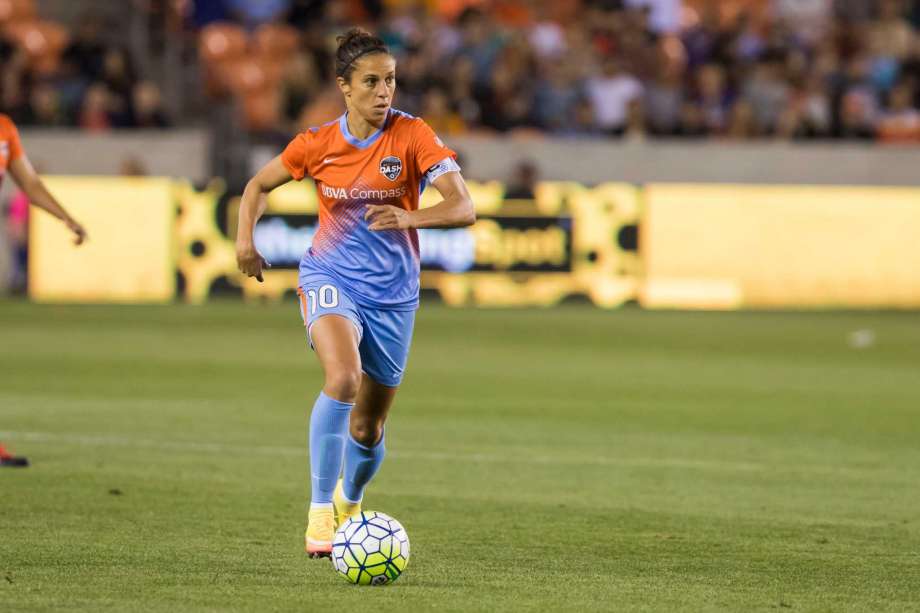 Two huge faces of the U.S. Women’s National Team were in the news on Thursday as a part of a blockbuster trade in the NWSL.

Carli Lloyd has seen her drama-filled stint with the Houston Dash ended after the two-time FIFA Player of the Year was sent to Sky Blue FC. Lloyd will be joined by Canadian international Janine Beckie, who was also sent away by the Dash. The sides also swapped the #6 and #7 overall draft picks in the

Lloyd featured in 27 games over her three seasons with Houston, scoring 11 goals. She eventually signed a short-term deal with Manchester City in 2017, missing the first eight games of the NWSL season.

Beckie, the #6 selection in the 2016 NWSL Draft has yet to translate her international success with Canada over to the NWSL. In two seasons, she had five goals and three assists in 38 appearances.

Incoming to Houston from the Chicago Red Stars is Lloyd’s international teammate, Christen Press who was also part of the three-team trade. Houston also received one international roster spot in the process.

Press, 29, joins the Dash after totaling 36 goals in her last four seasons with the club. She also has 96 appearances and 44 goals with the USWNT since 2013.