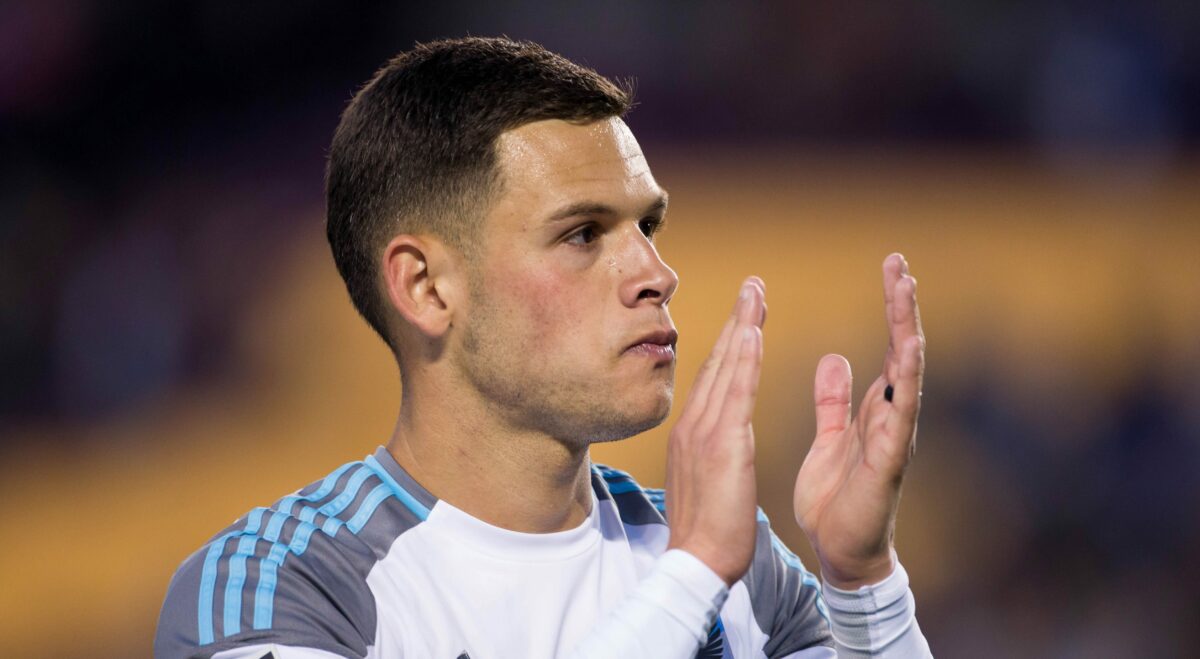 For years, Christian Ramirez waited for his chance at a U.S. Men’s National Team call-up. As he racked up accolade after accolade and scored goal after goal, the Minnesota United forward always seemed to fly just under the radar as he patiently awaited an introduction to the international game.

And, for years, it never came despite the NASL dominance and the ensuing MLS breakthrough that kept his name at the top of the American goalscoring charts. Year after year, Ramirez’s name was mentioned as a potential USMNT option but, for one reason or another, it wasn’t to be.

Perhaps it is fitting then that, after all of Ramirez’s extraordinary achievements across two levels of American soccer, the long-overlooked forward finally received his dream news on what most certainly seemed to be the most ordinary of days.

“I was driving to the grocery store with my mom and my wife. I got an email from U.S. Soccer and I opened it and had to pull over,” Ramirez told SBI. “I couldn’t handle what I was reading. I pulled over and my mom was driving and she asked me why I was so quiet. When we got to the grocery store, I told them and we were just excited. It didn’t feel real to me for a couple of days. I couldn’t sleep that night because I was just thinking about accomplishing one of my dreams.

“The hard work I’ve put in during these last six or seven years is finally paying off,” he added. “I never hung my hat on seeing the work pay off right away or the time that I put in and the hours I put into this game. I was always patient knowing that, in the future, it would pay off, and it’s starting to pay off.”

Ramirez has seemingly been on the verge of a call-up for years, even if his path to that call-up was anything but typical. Ramirez made his professional breakthrough with the Charlotte Eagles in 2013, where he coincidentally dueled with now-USMNT teammate Dom Dwyer in that year’s USL final. Dwyer scored four goals for the victorious Orlando City before becoming a star in his own right with Sporting KC. Ramirez, meanwhile, fired two of his own, earning a chance to join Minnesota United in the NASL.

What followed was nothing short of dominance. In three seasons with the Loons, Ramirez ran rampant through the NASL with 20, 13 and 18 goals in league play. When the club made the jump to MLS, Ramirez opted to turn down offers from Mexico as he hoped to prove himself at the highest level of American soccer and earn his USMNT chance. He finished his first MLS campaign with 14 goals, good for third best from any American forward behind only C.J. Sapong and Jozy Altidore.

Still, Ramirez was left out of the picture even throughout his debut season. At the Gold Cup, the USMNT opted for Dwyer, Juan Agudelo and Jordan Morris before calling in the big guns in Altidore and Clint Dempsey. Against Portugal in the team’s first friendly since missing the World Cup, Sapong, Dwyer and Morris were joined by young star Josh Sargent as the U.S. once again went in another direction.

“I had that in the back of my mind that someday it was a possibility,” Ramirez said, “but I never really got frustrated because all of the guys that were called in front of me have been well-deserved and they were patient. Like C.J. Sapong has been patient and had two great years these last couple of years and they finally rewarded him. I knew it would take time and I never hung my head.”

Now that he’s gotten that reward, Ramirez isn’t viewing as such. Rather, he’s viewing it as an opportunity. He’s already reached out to close friend and longtime teammate Miguel Ibarra, a player that has been through January camp. Ramirez says Ibarra’s advice was to just be himself and show that he does truly belong after all of the work he’s put in.

He’ll be battling alongside a group of forwards that, comparatively, has plenty of USMNT experience. Dwyer and Sapong have recently been in the picture. Agudelo and Morris have been around the team for several years. Even Rubio Rubin, the youngest in the group at just 21, has four USMNT caps to his name.

“I just have to continue to be strong and believe in my capabilities and my strengths and bring those out onto the field during this camp and hopefully get a run out against Bosnia,” Ramirez said. “I think every forward has a different style and it’ll just depend on who gets it going.

“Each forward is proven and I’m going to take one thing from each of them, learn, and bring what I know. Everyone is there to win this position, so we’ll just see how it goes. ”

Camp opens on Wednesday and continues through until that friendly against Bosnia & Herzegovina on Jan. 28. That’s 18 days for each and every member of the new-look USMNT to prove something as the program looks to move on from the frustration of years past and towards a much different future. January Camp is generally a gathering designed to promote and reward young stars and overlooked veterans. This year is no different, although those points may be even more relevant in the wake of the World Cup failure.

Ramirez wants to make the most of those 18 days, starting from that very first practice. Years of work will be wrapped up into a little over two weeks. After all this time, Ramirez has his chance.

“To put that badge on, it’s a dream I’ve had since I started playing. That’s one,” Ramirez said. “The second one is to see the faces of my family and my brothers and my wife when they see me. I dream about it. I’ve been dreaming about it every night since I got that email.

“It’s an opportunity that I can’t let slip by because I know how much of a privilege it is to put these colors on,” he added. “There’s a lot of hard work to put in, but I’m excited to get to meet some of the guys and the coaching staff and get to work.”