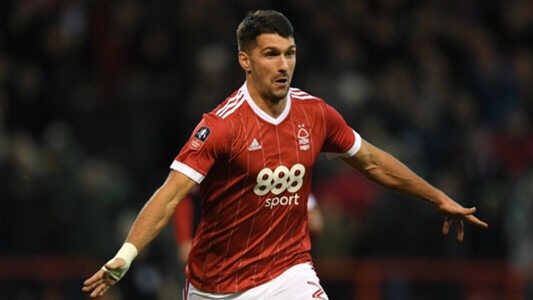 Eric Lichaj has been an important part to the Nottingham Forest backline the last few seasons, hoping for a chance to shine with the United States Men’s National Team.

On Sunday, the 29-year-old sparked his side to a huge 4-2 upset of defending holders Arsenal in the third round of the English F.A. Cup.

The wingback propelled Forest scoring a pair of first-half goals in the home triumph.

His first goal came 20 minutes in from a close-range header. Lichaj rose the highest and got on the end of Kieran Dowell’s cross following a set piece.

After Arsenal had drew level minutes later through Per Mertesacker, Lichaj broke the deadlock for good before halftime.

A looping right-footed volley from just outside of the box found the top-left corner, giving Forest a 2-1 lead after 44 minutes.

Another pair of goals in the second-half from his teammates saw Lichaj and Forest advance to the fourth round of the historic cup competition.

Sunday marked the first game of his professional career in which Lichaj scored a brace. He will now wait and see if he is chosen by the USMNT for their international friendly against Bosnia-Herzegovina on Jan. 28th.