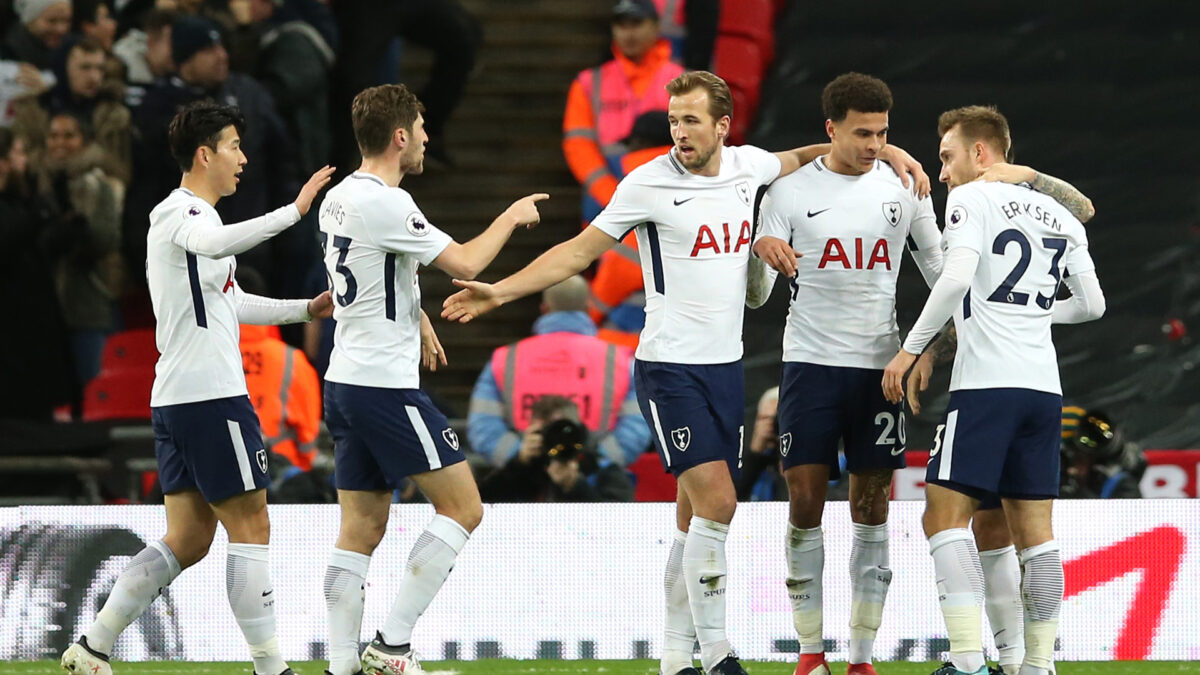 With Transfer Deadline Day happening behind the scenes on Wednesday, league action continued in the Barclays Premier League. Tottenham Hotspur continued their strong season at Wembley Stadium, defeating Manchester United 2-0. It was a fast start for Spurs who took the lead after 11 seconds through the figure of Christian Eriksen. The Denmark international curled a left-footed effort past David de Gea after a loose ball inside of the box was not cleared. Phil Jones gave Spurs a two-goal lead after 28 minutes, passing Kieran Trippier’s cross into his own goal. Hugo Lloris looked comfortable, making three saves in the home clean sheet, while de Gea made four. United suffered their first league loss since a 2-1 defeat vs. Manchester City back on Dec. 10th, but remain in second place. Spurs moved to 48 points on the season, which is two back of fourth-place Chelsea.

Elsewhere in Europe, AFC Bournemouth handed Chelsea a dismal defeat in London, while Manchester City won at home. The Coppa Italia semifinals kicked off on Tuesday as Juventus traveled to Atalanta. PSG booked their place in the Coupe de la Ligue final after defeating Rennes on Tuesday, while Monaco eased past Montpellier.

Here’s a closer look at all of this week’s European action:

AFC Bournemouth earned their second ever road victory at Chelsea after a 3-0 beatdown of the champions in their own backyard. The scoring started six minutes into the second-half as Callum Wilson slotted home his seventh league goal of the season. Wilson helped set up the Cherries second goal of the evening, finding Junior Stanislas after 64 minutes. Stanislas’ right-footed effort went through Thibaut Courtois’ legs to the bottom-left corner extending Bournemouth’s lead to 2-0. Former Chelsea loanee Nathan Ake capped off the strong performance for Bournemouth, scoring his second goal of the season. Asmir Begovic made five saves in the clean sheet for Eddie Howe’s side, which see the South Coast club move up to 10th. Chelsea dropped to fourth with the loss.

Here’s all of Tuesday and Wednesday’s EPL results:

Leganes used a 56th-minute equalizer from Dimitrios Siovas to draw 1-1 against Sevilla in their semifinal first leg at home. The Greek defender headed Leganes level in the second-half, making the most from a corner-kick. It was the former Olympiakos defender’s first goal of the season. Luis Muriel’s right-footed goal had Sevilla ahead 1-0 after 21 minutes, which also sees his side holding the away-goal tiebreaker going into their second leg. The two sides will square off on Feb. 7th in Sevilla for the chance at making the Copa Del Rey Final.

Leganes 1 – Sevilla 1 (Teams are tied 1-1 on aggregate, with Sevilla holding the away goal tiebreaker)

Barcelona hosts Valencia on Thursday in the other semifinal first leg.

Juventus used a lone goal from Gonzalo Higuain to defeat Atalanta 1-0 in their semifinal first leg. Higuain’s 14th goal of the season in all competitions, gave the Old Lady an early lead after three minutes. In his return between the posts, Gianluigi Buffon made three saves including a PK stop in the first-half. The Italian keeper kept Alejandro Gomez’s right-footed effort out after 25 minutes, before stoning the Argentine later in the match. Juventus return home for the second leg on Feb. 28th, holding the slim advantage and extending their winning run to nine matches. Atalanta suffered their second defeat in the month of January.

PSG booked a spot in the Coupe de la Ligue final after a 3-2 road win at Rennes in Tuesday’s semifinal. Thomas Meunier opened things for PSG after 24 minutes, which saw Unai Emery’s side up 1-0 at the halftime break. The current Ligue 1 leaders used a quick pair of goals before the hour mark to extend their lead. Marquinhos made it 2-0 in the 53rd-minute before Giovani Lo Celso added to the lead five minutes later. However, the visitors were reduced to 10-men after Kylian Mbappe saw a straight red card. Diafra Sakho marked his first match with Rennes in style, scoring in the 85th-minute. Sanjin Prcic made it 3-2 late but it proved to be too little too late as PSG advanced to the final.

Monaco will be PSG’s opponent in next month’s final, after the hosts defeated Montpellier 2-0 on Wednesday at the Stade Louis II. Radamel Falcao continued his great season for the club, scoring a pair of goals in the first-half. Falcao’s first goal came after 15 minutes as he finished off Djibril Sidibe’s assist. The Colombian added to the lead in the 29th-minute which was the final scoring in the match. Monaco keeper Danijel Subasic made five saves in the home clean sheet, which sees the top two teams in last season’s Ligue 1 season square off in the cup final.