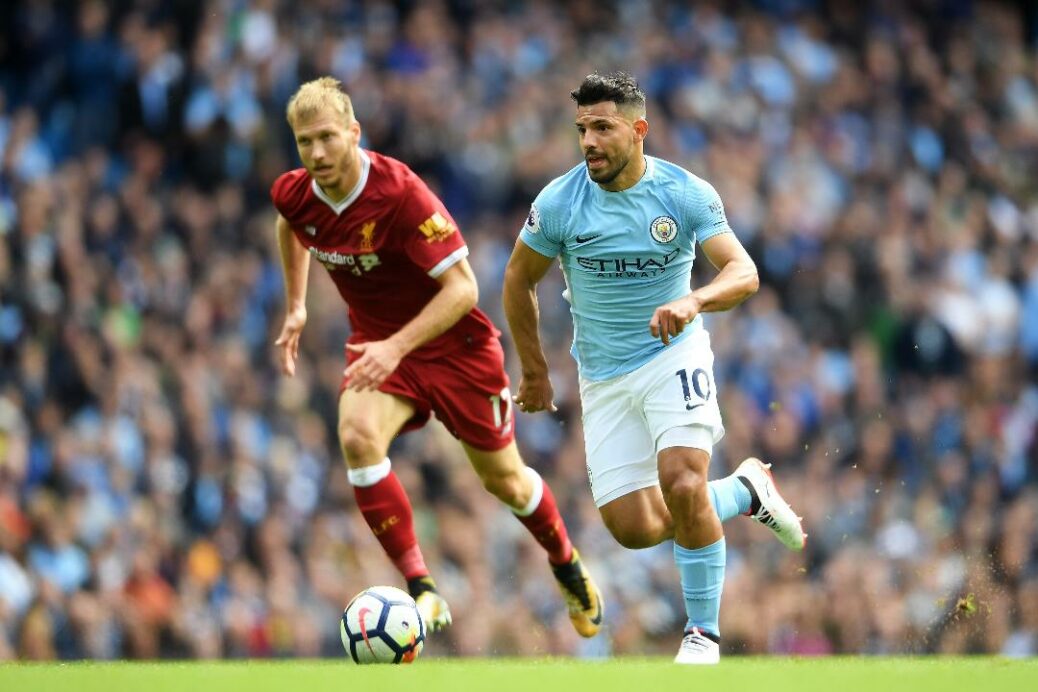 Round 23 of England’s top flight may get underway on Saturday, but the match of the weekend comes from Merseyside a day later. The EPL’s top two highest-scoring teams will duke it out at Anfield as Liverpool hosts Manchester City. Pep Guardiola’s team have only lost once in all competitions this season, and are 20-0-2 in league play this season. They are coming off a 2-1 victory over Bristol City in their semifinal first leg of the EFL Cup, and will look for three points this weekend. Wingers Raheem Sterling and Leroy Sane have been two influential pieces to City’s success this season, combining for 20 goals and 13 assists this season. Liverpool are in fourth place and just three points back of second spot. Jurgen Klopp’s team have not lost since Oct. 22nd at Tottenham, and will look for a strong performance at home. Egyptian winger Mohamed Salah has had a masterful season so far, scoring 17 league goals and adding five assists. With Philippe Coutinho off to Barcelona, fellow Brazilian Roberto Firmino could be an x-factor with nine goals this season.

Saturday sees the other Merseyside club in action as Sam Allardyce’s Everton face Tottenham at Wembley Stadium. The Toffees are winless in their last five matches, most recently a 2-1 F.A. Cup third round loss at Liverpool a week ago.Wayne Rooney leads the team with 10 goals, but has not scored in his last three appearances. Tottenham are in fifth place and unbeaten in their last five fixtures overall. Harry Kane has 18 goals so far this season, which is over 40% of the team’s goals as a whole. South Korean international Son Heung-Min has been a nice supporting player for Spurs, scoring seven goals so far.

Real Madrid takes centerstage on Saturday as Los Blancos welcome Villarreal to the Santiago Bernabeu. Zinedine Zidane’s men drew 2-2 at Celta Vigo last weekend, despite Gareth Bale’s brace. The team is in fourth place but need to get it together to avoid dropping out of the top-four. After his two goals last weekend, Bale improved his goal total to six goals in all competitions and will look to add to that this weekend. Villarreal drew with Deportivo their last time out, and are four points out of the top-four. Congo international Cedric Bakambu leads the team with nine goals in La Liga play, and has 14 overall.

Sunday’s late fixture comes from Anoeta as Real Sociedad welcomes league leaders Barcelona to town. The hosts did not kick off 2018 in good fashion losing 1-0 against Leganes. Brazilian attacker Willian Jose has seven goals this season, and Sociedad will hope the 26-year-old can help the team to a huge upset at home. Barcelona is one of two teams in Europe’s top-five leagues that remain undefeated in league play, and Ernesto Valverde’s side will hope that continues. A 3-0 win over Levante a week ago saw Barcelona receive goals from Lionel Messi, Paulinho, and Luis Suarez. The Catalan side have won their last three against Sociedad and will be favorites to extend that run this weekend.

After 26 days off, Germany’s top-flight returns this weekend with a premier showdown on Friday to kick off the round. Bayer Leverkusen welcomes Bayern Munich to the BayArena looking for their first win over the Bavarian side since May 2015. The hosts are in fourth place and unbeaten since September 20th. German striker Kevin Volland leads the team with nine goals this season, matching last season’s total. Bayern are atop the league standings by 11 points over second-place Schalke, and have only lost twice in the Bundesliga. With Robert Lewandowski slated to miss the match, new signing Sandro Wagner is expected to make his Bayern debut. Wagner has 17 goals in his two seasons with Hoffenheim and brings valuable experience to the club.

A pair of top-five clubs will square off in Saturday’s must-watch in Germany as RB Leipzig hosts Schalke. Visiting Schalke are in second-place and are having a fine season, only losing three times overall. Guido Bergstaller leads the bunch with seven goals, while defensively Naldo has been a rock in a tightly knit backline. Leipzig are sitting in fifth place, but ended December without a win in their last five matches. Timo Werner has eight goals this season, but overall the team will need more from their supporting cast for a chance at moving up the table.

Ligue 1’s premier match of this weekend will see a pair of top-five clubs square off in Nantes, as the hosts welcome PSG to town. Claudio Ranieri has Nantes sitting in fifth place with 18 goals scored and only 18 allowed as well. Other than a pair of lopsided defeats, Nantes have been strong at the back which sees them in a positive place to start 2018. Emiliano Sala (seven goals) has been a nice surprise this season, and will hope to get after the PSG defense. Unai Emery’s side have dropped points in three matches this season, with their only loss coming to Strasbourg in early December. Uruguayan international Edinson Cavani has 25 goals in all competitions for PSG, and is on pace to double that this season. PSG’s deadly attack will see them as favorites on the road, but defensively Nantes has the ability to frustrate them in front of their home crowd.