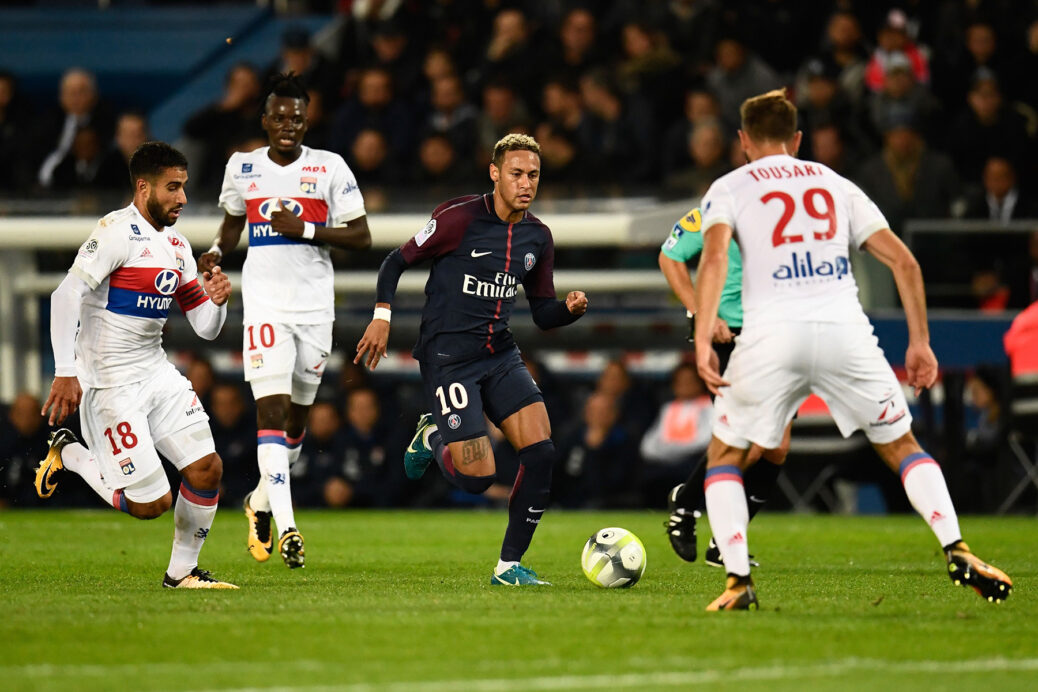 116 combined goals have been scored between Paris Saint-German and Lyon so far this Ligue 1 season which is the most between the top two sides in any of Europe’s top five leagues. The two free-flowing attacks will be on display again this weekend at the Parc OL as Lyon tries to catch up in the standings.

PSG comes into this match 11 points clear of their second-place opponents, and winners of five straight in the league. An 8-0 midweek thrashing of Dijon has Unai Emery’s side heavy favorites to win again this Sunday. Edinson Cavani and Neymar have combined for 35 league goals and will be chomping at the bit to add to that total.

Lyon are unbeaten in five straight, with four of those five being wins. The hosts will look to counter PSG with their duo of Nabil Fekir and Mariano, who have 28 combined league goals so far.

Elsewhere, Hertha Berlin takes on Borussia Dortmund at home to kick off the Bundesliga action this weekend. Manchester City hosts Newcastle United on Saturday in the EPL, while Tottenham travels to Southampton. Barcelona faces a road match at Real Betis on Sunday, while Atletico Madrid hosts Girona on Saturday. Inter Milan welcomes AS Roma to town in the Serie A showdown of the weekend.

Many eyes will be on EPL leaders Manchester City this Saturday as they welcome Newcastle United to town.

Pep Guardiola’s men are coming off their first league loss of the season a week ago at Liverpool, and will be keen to bounce back. City hold a 12 point lead over second-place Manchester United, and would surely like to add to that total. Playmaking wingers Raheem Sterling and Leroy Sane have totaled 21 goals between them this season.

Newcastle are unbeaten in four matches in all competitions, with three of those four being in league play. Spanish striker Joselu has four goals this season, including one last weekend.

The Saints are winless in league play since November 26 and will look to end a 10-match drought. Leading scorer Charlie Austin has been out since late December, so look for Shane Long and Manolo Gabbiadini to both get chances.

Tottenham dumped Saints 5-2 at Wembley back on Boxing Day and will be expected to do the same on Sunday. Harry Kane’s 20 goals lead the team while other players have contributed as well. Expect Mauricio Pochettino to go for the three points against his former team.

Atletico Madrid seem like the only real threat to Barcelona in the La Liga race, sitting nine points back. Diego Simeone’s side welcome Girona to town on Saturday, looking to bounce back from a midweek loss in cup play.

Defense has been key for Atletico, who have only allowed eight goals so far this season, fewest in La Liga. Up front, Antoine Griezmann and Angel Correa have combined for 10 goals.

Girona are coming off their biggest win of the season, a 6-0 thumping of Las Palmas at home a week ago. Uruguayan forward Christian Stuani leads the bunch with 10 goals, his first double-digit campaign since 2014-15 with Espanyol.

Barcelona will be expected to claim all three points this Sunday as they travel to Real Betis. The Catalan leaders fell midweek to city rivals Espanyol in their quarterfinal first leg draw of the Copa Del Rey, but will aim to bounce back. Lionel Messi and Luis Suarez have totaled 30 league goals this season, the most between any two teammates so far.

Betis are sitting comfortably in seventh place, but will hope to avoid any shellacking at home. Spanish forward Sergio Leon has six goals this season, but only two in his last six league outings.

Round 19 in Germany’s top-flight kicks off on Friday at the Olympiastadion as Hertha Berlin welcomes Borussia Dortmund to town.

Hertha began the new year with a loss at Stuttgart, but will hope for a better performance at home. Ivorian midfielder Salomon Kalou leads the team with seven goals, and has been a consistent threat for the club.

Borussia Dortmund drew last time out against Wolfsburg, despite being without several key starters. With Pierre-Emerick Aubameyang’s future up in the air, other members will have to pick up the slack for Dortmund. Maximilian Philipp (six goals) is second on the team, and expected to start in the Gabon international’s absence.

Two U.S internationals will hope to square off on Saturday as VfL Wolfsburg hosts Eintracht Frankfurt. The hosts are coming off a 0-0 draw at Dortmund last weekend, as defender John Brooks missed out. The 24-year-old has only made seven league appearances for Wolfsburg since his move from Berlin.

Frankfurt drew 1-1 vs. Freiburg last time out, to extend their unbeaten run to four matches. 27-year-old Timmy Chandler has made 12 appearances this season, and will hope for another start on Saturday.

A pair of top-five sides in Serie A will square off on Sunday at the San Siro as Inter welcomes Roma to town.

Third-place Inter will look to end a seven match winless run in all competitions. Argentina international Mauro Icardi has 18 goals this season, but will need some help from his team who have totaled 17 so far.

Fifth-place Roma are winless in four straight, and will look to exact revenge on their opponents. A 3-1 loss vs. Inter back in August will be in the back of their minds, as they try to move up the table. Bosnian international Edin Dzeko has nine league goals, five behind his tally at this point of the season a year ago.

Two top-ten sides will kick off the round on Friday as Marseille travels to Caen.

The visitors are in third place, and winners of three in a row. French midfielder Florian Thauvin leads the team in both goals (9) and assists (8).

Caen ended a six-match winless run on Tuesday, defeating Bordeaux 2-0 away from home. Their 14 goals scored are the fewest in Ligue 1 at the moment, and will have to change if continued success is wanted. Ivan Santini leads the team with seven goals, and will hope to spark his team to a strong performance at home.