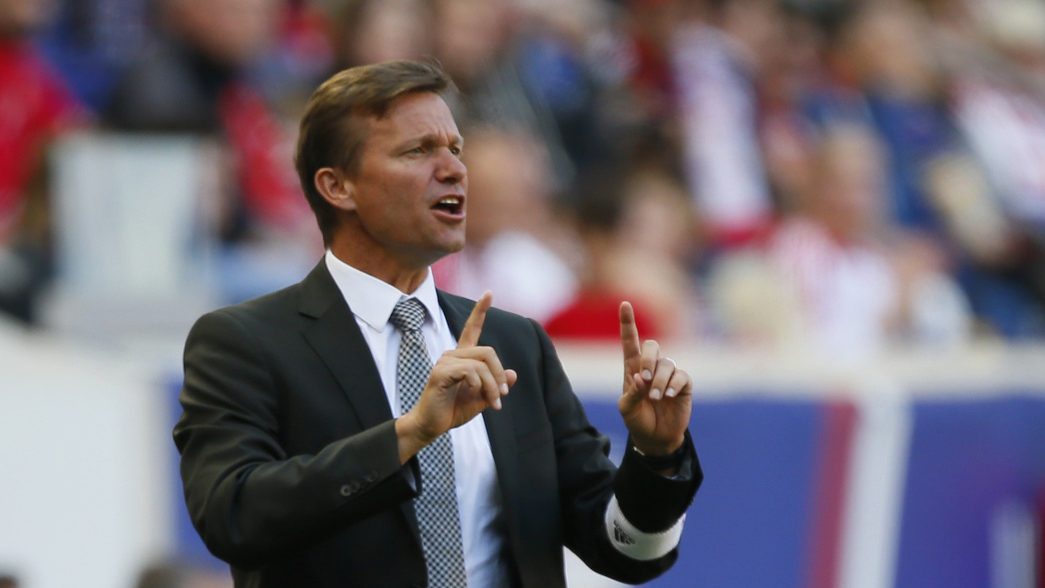 The New York Red Bulls don’t specialize in boring offseasons. In recent years, the club has made a habit of making big moves through the winter months.

The 2018 offseason has been no different as the club traded away captain Sacha Kljestan, but head coach Jesse Marsch insists there’s plenty more to be done before the season kicks off.

Kljestan was part of a blockbuster trade that saw the veteran playmaker shipped to Orlando City in exchange for Tommy Redding and Carlos Rivas. Meanwhile, the club has focused on adding young talent to its ranks thus far by bringing in players like Amando Moreno and the aforementioned Orlando City duo.

That will change soon, though, according to Marsch.

“We’re still looking to make some big roster moves,” Marsch told reporters at Friday’s MLS Draft. “Some of it is out there. I’m not going to address it right now but at least two, maybe three or four big splashes. We’re working on that, but we also feel good about a lot of the group returning. We like our group. I feel like we’re as close as we’ve been to the kind of team that we think is necessary to play the way we want to play. That’s exciting.”

Marsch went on to discuss how difficult it was to trade a  “big piece” like Kljestan. The Red Bulls boss says he owes a lot to Kljestan, who immediately stepped in and helped Marsch build a culture and identity when the head coach was hired in 2015.

It wasn’t an easy decision to trade him within the Eastern Conference, but Marsch says he was happy to move Kljestan to a team he wanted to play for. Now, though, the Red Bulls face the task of replacing him.

“You will see with Champions League coming up we have some moves that we would like to get done for our midfield. I hope we’re close. ”

In Friday’s draft, the Red Bulls didn’t address that need. Instead, they targeted a few others.

With the 16th pick, the club selected forward Brian White, a player the club knows well thanks to his time playing against the club’s academy before featuring for the club’s PDL side. Hamlett says the addition of White brings in another goalscorer after the forward’s 17 goal PDL season.

“We targeted two of the three. We’re happy that we were able to pick that up,” Marsch said. “With the third pick, you always wonder where it’s going to sit.

“We’re feeling good and when we’ve done research on which kind of players make it after the first five picks, its outside backs and attacking players. Those are needs that we have and it gives us hope that these can be the diamonds in the rough that we’re looking for.”

With preseason looming, the three will have a chance to push for spots with the senior team and the USL squad. CONCACAF Champions League play accelerates the schedule as the Red Bulls face off with Olimpia on Feb. 22.

Marsch says the club learned from last year’s mistakes and he’s determined to see players enter the season a bit fitter than before. That starts soon, even if there’s still work to be done when it comes to roster construction.

“Obviously preseason is right around the corner, so there’s not a lot of time to waste,” Marsch said. “But we’re hopeful to continue to add to the roster. Some of our guys won’t be there. Tyler and Kemar will be gone so we won’t see those guys until February but we can start the process to get ready for a match against Olimpia. I like that it gives preseason a real sense of urgency.”