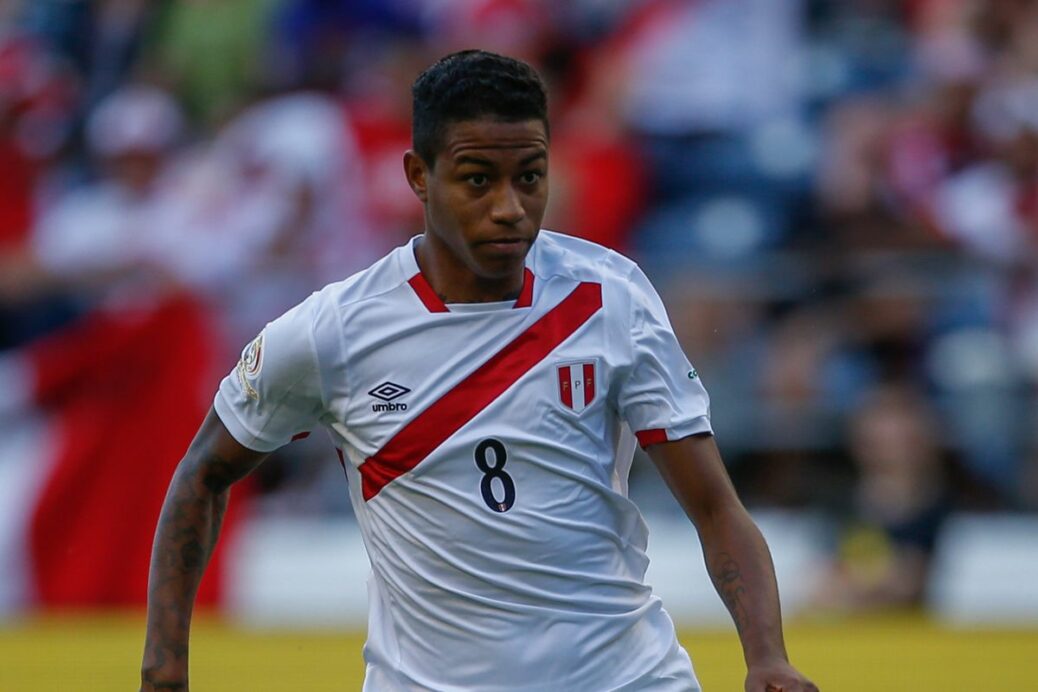 Diego Valeri and Fernando Adi will have new company in the attack next season at Providence Park.

On Wednesday, after several weeks of speculation, the Portland Timbers announced the loan signing of Peruvian winger Andy Polo from Liga MX side Monarcas Morelia.

“We are excited to add a young and talented attacking player in Andy Polo,”  Gavin Wilkinson, general manager and president of soccer for the Timbers said in a club statement. “He has already proved himself at a young age in various leagues and at the international level, and we look forward to welcoming Andy and his family to Portland and MLS.”

Polo, 23, joins the team on a one-year loan with a purchase option. The Peruvian international, who appeared in Peru’s two-legged World Cup play-off against New Zealand, first joined Morelia in January 2017 and went on to score twice in 25 appearances for La Monarquia.

An extraordinary 2017, both at the club and international level, called for the Jamaican to make an imminent move abroad or a hefty new contract to stay in Philadelphia.

On Wednesday, the latter was officially announced.

The Union and Andre Blake agreed to a new multi-year contract which was completed using Target Allocation Money.

“It is a priority for us to build and secure the foundation of the Philadelphia Union, and Andre is as big a part of that foundation as any player,” Union Sporting Director Earnie Stewart said in the Union’s statement. “Ensuring he will be here for years to come is an important step for our club. We’re delighted to sign him to a new multi-year contract and would like to thank him for his dedication and hard work.”

Blake, an MLS All-Star and MLS Goalkeeper of the Year winner, will remain with the club that he professionally debut for in 2014. Since the Union’s 2016 campaign, the period of time when Blake got the nod as the club’s starting ‘keeper, the Jamaican has started 25 matches, jotting down 15 clean sheets and 187 saves.

JACOBSON CALLS IT A CAREER AFTER 10 YEARS

Following a decade-long career that took him to the old continent in more than one occasion, Andrew Jacobson has decided to hang up his boots.

“Deciding to call time on a 10-year career which has taken me to four countries and introduced me to countless people from all backgrounds and origins, while giving me the opportunity to play the game I love, was a hard decision to make,” Jacobson said in an open to letter to fans.

“My gratitude goes out to the supporters around the world of the teams I have both played for and those I have not. Professional soccer would not exist without you spending your time and hard-earned money to watch us play. For that, I thank you for making my dream a reality. I also want to thank every player, coach and staff member who I have had the honor to work with over the years. Since my family and I made this decision, I have felt a rush of excitement. The strange part is, the feeling has nothing to do with the game of soccer. I am genuinely excited for the next chapter in my life.”

Jacobson, 32, initiated his career back in 2008 with French side Lorient, but quickly transferred to MLS, where he became a mainstay registering 10 goals and 10 assists in 220 appearances for D.C. United, Philadelphia Union, FC Dallas, New York City FC and most recently, the Vancouver Whitecaps. The midfielder was loaned to Norwegian side Stabæk in 2014 from NYCFC.

LAFC continued their bright offseason by signing Scottish-born midfielder Calum Mallace. The 28-year-old’s rights were acquired with the 23rd pick in Stage 2 of the 2017 MLS Re-Entry Draft back in December.

Seeing time with both the Seattle Sounders and the Montreal Impact, Mallace has appeared in 80 MLS regular season matches with 51 being starts.

He becomes the 12th member on the team’s roster ahead of their inaugural campaign.

The pieces are falling into place in Sandy, Utah.

“He’s got some great professional experience and can play multiple positions along the back line. He’s a guy that can challenge guys on the roster on a weekly basis for playing time,” Waibel said in a club statement.  “He’s a strong, athletic guy who can pass well out of the back. His mid-range passing is phenomenal.  He trends more to the way the staff wants to play.”

The 27-year-old University of Virginia product, who will make his MLS debut this season, joins the Claret and Cobalt after a lengthy stint in Europe that commenced in 2010. The Florida native logged minutes in Austria, Germany’s second division and Poland’s top-flight.

On Wednesday, the club announced the signing of 22-year-old forward Zach Wright as a Homegrown player following a successful four-year stint at the University of North Carolina.

“Zach showed a lot of improvement at North Carolina after playing for the Academy,” Brian Bliss, Sporting KC Director of Player Personnel said in the club’s statement. “We are excited for him to start competing with the team during the preseason.”

The forward, who tallied a minimum of five assists four years in a row with the Tar Heels, becomes Sporting’s seventh homegrown since the league’s inception of Homegrown Player initiatives in 2007.