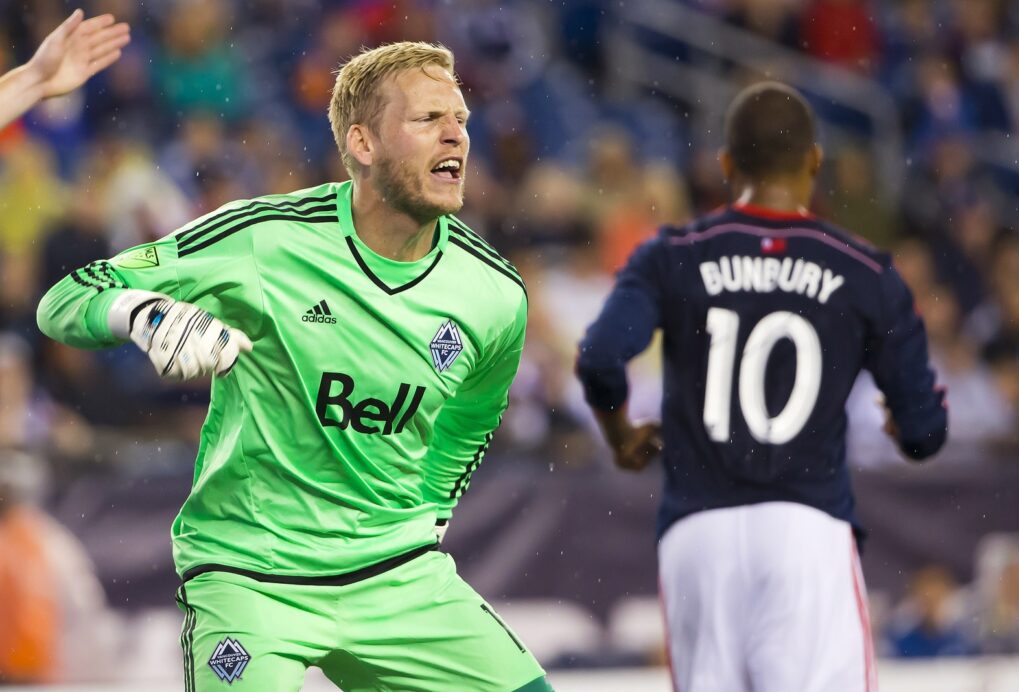 David Ousted is set to be Bill Hamid’s replacement in the nation’s capital.

Ousted, 32, transfers to United on a reported two-year contract following a completed trade between the Vancouver Whitecaps and Black and Red. The Danish goalkeeper, who has a third year club option in his new contract, will earn roughly $500,000 this upcoming season, keeping him under the Designated Player threshold.

Months back, the Caps decided to decline Ousted’s option following four years with the Canadian side. Since August 2013, Ousted started 142 regular season matches, earning 42 clean sheets, and solidifying himself as one of the best goalkeepers in MLS.

However, the Danish native fell out of favor for the Caps towards the end of the season and into the playoffs as New Zealand international Stefan Marinovic became Carl Robinson’s first choice between the sticks.

The Whitecaps have confirmed the passage of Homegrown Sam Adekubge to  the Norwegian top-flight side Velrenga Fotball.

“We are thankful to Sam for his contributions to the club,” Whitecaps FC head coach Carl Robinson said in club statement. “This is a good opportunity for Sam and we wish him all the best as he continues his career with Vålerenga.”

Adekubge, 22, departs Vancouver following five years at the club. The Homegrown defender, made 16 starts, 23 appearances throughout all competitions, but spent the last two seasons on loan in England and Sweden.

The Caps will receive a set percentage of any future transfer fees involving Adekugbe.

New York City FC have scheduled a preseason match in Mexico, the club announced on Monday.

NYCFC will travel south of the border to take on Club Atlético de San Luis, who they will play on Tuesday, February 13 at Estadio Alfonso Lastras, venue for El Tri’s final World Cup qualifier against Trinidad and Tobago last October.

“We are looking forward to our friendly against Club Atlético de San Luis which will be one of our first tests of the 2018 season,” NYCFC manager Patrick Vieira said in a club statement. “They are a talented team and will provide us with a good environment to continue integrating the new players into our team and building our rhythm on the field.”

The Red Bulls have sealed the signing Ben Mines, their seventh Homegrown player on the current roster.

“We are excited to welcome Ben,”  Red Bulls Sporting Director Denis Hamlett said in a club statement. “We have had the opportunity to have Ben around our professional teams for USL games and trainings. There is a lot of familiarity on both sides and we are glad to add another talent from the Red Bulls Academy to our professional team. This is an exciting day for the club, Ben, and his family.”

Mines, 17, made his USL debut with NYRB II in August of 2016. He made a productive returned in 2017, scoring twice in 11 appearances for the amateur side.

“It’s an amazing feeling,” Mines said following signing his Homegrown contract. “I’ve been playing here for four years. I love this club and it’s a dream come true for me. I just want to keep developing as a player and potentially make my debut for the first team, and give my all to the club.”

The Red Bulls led the league in minutes tallied by Homegrown players, with 7,810 in the regular season, which, as well, transfered into the New York side’s playoff run last season.