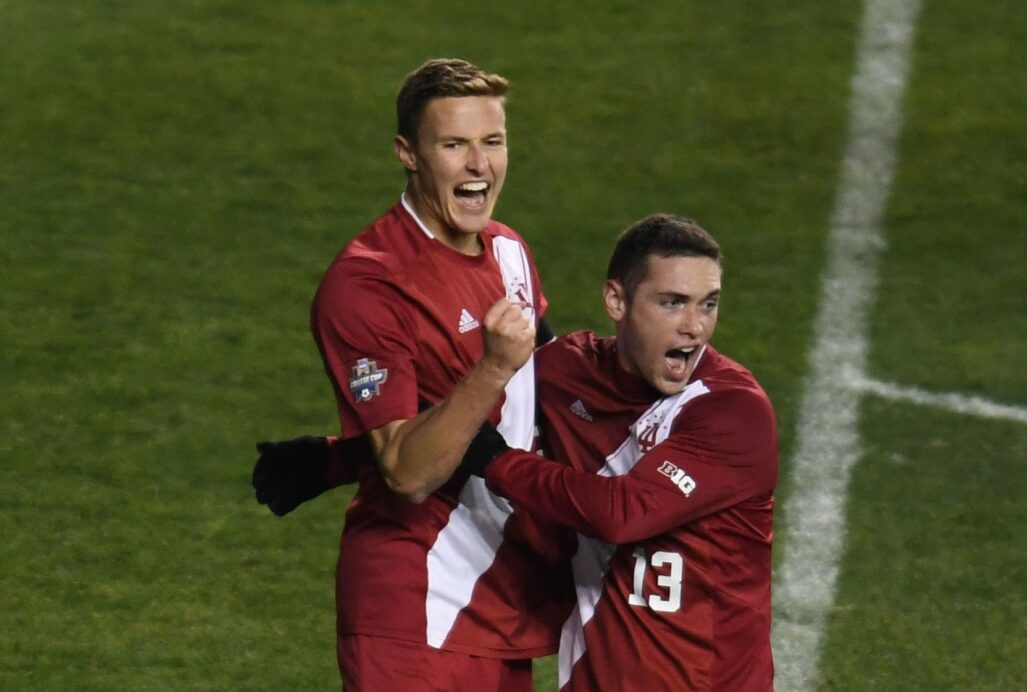 One of the top college soccer seniors inked a Homegrown deal with the Chicago Fire on Wednesday morning.

Defender Grant Lillard, who won Big Ten Defender of the Year at Indiana, joined the Fire on a deal for 2018 with options for 2019 and 2020.

“Grant was always highly regarded by the club and it’s nice to see that his progression under Todd Yeagley at Indiana University has allowed this signing,” Fire general manager Nelson Rodríguez said. “He has obvious qualities and, with experience and refinement, has a chance to be a dominant player.”

One of the first Homegrown players for the New York Red Bulls is returning to the club after a stint in Mexico.

The Red Bulls announced the signing of forward Amando Moreno from Club Tijuana in Liga MX.

Moreno is a New Jersey native and signed for the Red Bulls as a Homegrown before he opted to move south of the border.

“We are glad to have Amando back with the organization,” head coach Jesse Marsch said. “Amando brings speed and good attacking qualities to our team. We look forward to getting him integrated in preseason and seeing how he fits within our group.”

Real Salt Lake added another young defender to their roster on Tuesday with the addition of 23-year-old Adam Henley.

The Blackburn Rovers youth product, who was born in Tennessee before moving to England at two years old, has made two appearances for Wales.

“I’m really excited to begin my journey at Real Salt Lake.  It’s a fantastic opportunity at a well-run, well-supported club,” Henley said.  “I feel this is a great chance for me to reignite my career and get back to playing my best football.”

The wave of Venezuelans coming to MLS continued with Columbus’ signing of Eduardo Sosa from Zamora FC.

The 21-year-old attacking midfielder is expected to learn under Federico Higuain during the 2018 campaign.

“Eduardo is a player who at an early age has already proven he can compete at a high level,” Crew sporting director and head coach Gregg Berhalter said. “Zamora FC is known for developing players and the club has been great to work with. We believe Eduardo has high potential and will fit well into our playing style. We look forward to working with him.”

Houston kept a veteran presence in its defense as it re-signed A.J. DeLaGarza on Wednesday.

The fullback made 30 appearances in his first season with the Dynamo in 2017.

However, the news isn’t all great for the Dynamo right now as the Houston Chronicle reported Homegrown player Christian Lucatero is set to make a move to Mexico with Necaxa.

Costa Rican Christian Bolanos is also on the move, as he joined Saprissa in his home nation after two seasons with the Vancouver Whitecaps.

The Whitecaps appear to have a new international lined up for the 2018 campaign.

ESPN Deportes reported the Whitecaps are close to a deal with Mexican forward Efrain Juarez, who last played at Monterrey in Liga MX.

The forward, who scored in World Cup qualifying for Cameroon in October, comes from Cameroonian club Union Douala.

After spending 2017 with the LA Galaxy, goalkeeper Clement Diop signed with the Montreal Impact on Tuesday.

Diop was signed along with Homegrown goalkeeper Jason Beaulieu.