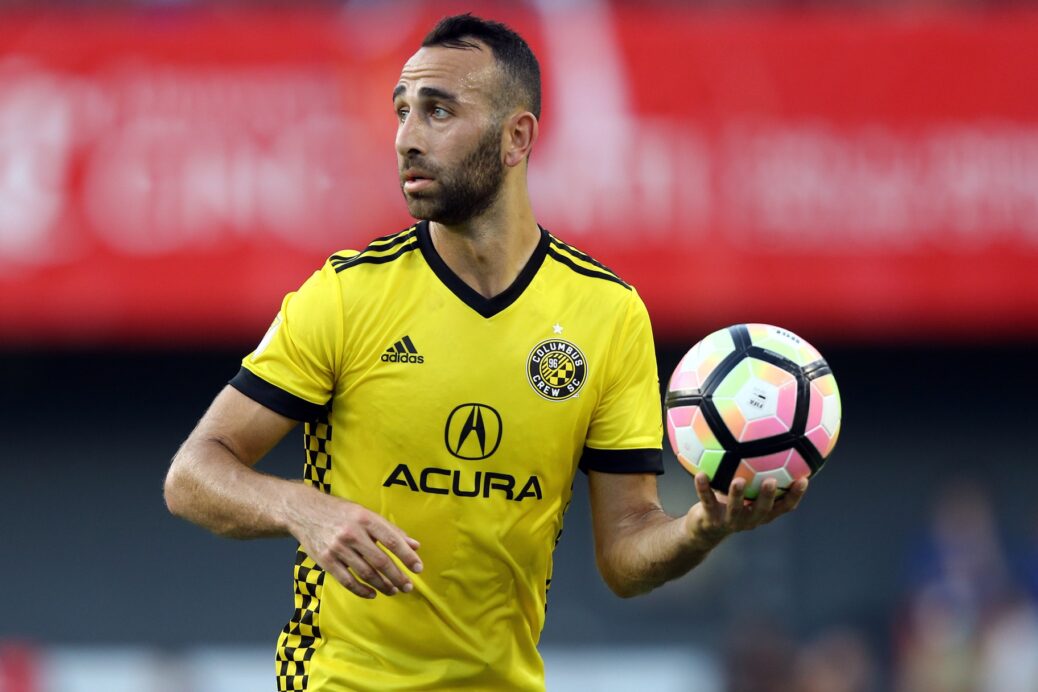 Justin Meram’s time in Columbus appears to be coming to an end.

Sources tell ESPN FC that the winger has been traded to Orlando City in exchange for $750,000 in Targeted Allocation Money, $300,000 in General Allocation Money and an international roster spot.

“Justin is the ideal fit to round out our attacking group. He’s a proven contributor in our league who can both score and create goals,” Lions General Manager Niki Budalic said. “His 1v1 ability and versatility to operate in various roles will add another dimension to our attack. “)

Meram was drafted 15th overall by Columbus in the 2011 MLS Draft. He scored a career high 13 goals while providing seven assists last season for the Crew.

He also has 22 caps with the Iraq national team.

This is the second major trade for Orlando City this off season. Earlier in the winter, the club acquired Sacha Kljestan and $150,000 in TAM. from the New York Red Bulls for Tommy Redding and Carlos Rivas.

This is also the second major move for the Crew. The team sent Ola Kamara to the LA Galaxy for $400,000 in allocation money and Gyasi Zardes.