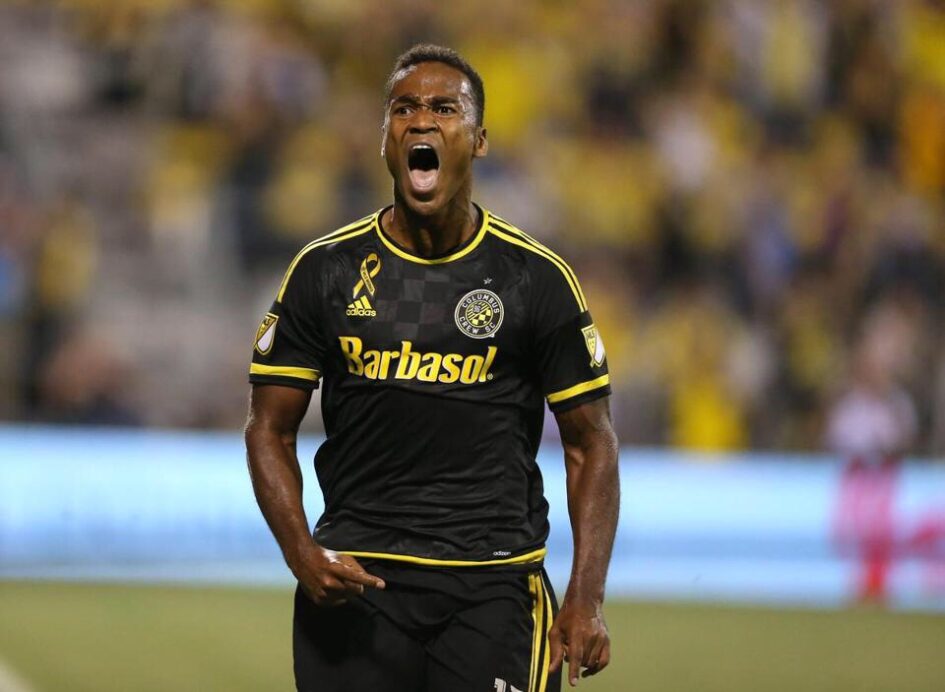 One of the biggest deals in Major League Soccer on Friday did not come from the SuperDraft in Philadelphia.

The Columbus Crew and LA Galaxy completed a deal that had been in the media recently, exchanging Ola Kamara and Gyasi Zardes.

Columbus is also expected to receive $400,000 in allocation money from LA for the Norwegian striker. The Crew will also receive an additional $100,000 if the strike finds the back of the net 12 or more times this season.

Kamara fits the Galaxy’s need for a dangerous striker, scoring 35 goals over the past two seasons for the Crew.

LA only had one player in double digits for goals scored a year ago, Romain Alessandrini (13).

The 28-year-old had his most productive MLS season yet, bagging 19 goals for Gregg Berhalter’s side in 2017.

Zardes, 26, broke onto the scene for LA in 2014 scoring 17 goals under then-manager Bruce Arena in their MLS Cup run.

Since then, the U.S. midfielder has totaled 15 goals in the last three campaigns which has seen plagued by injuries.