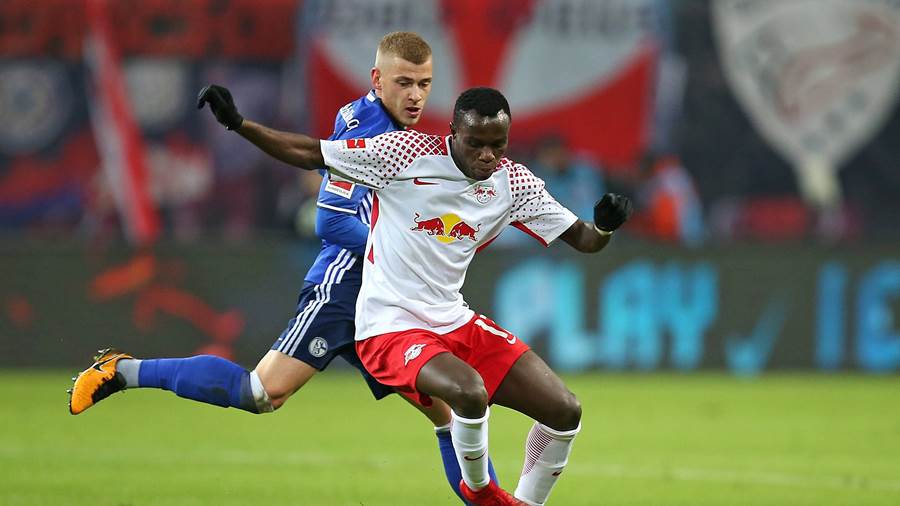 The Bundesliga returned this weekend following their holiday period off and RB Leipzig claimed a massive three points in a 3-1 win over Schalke. A pair of second-half goals from Timo Werner and  Armindo Bruma separated the two sides after Schalke tied it up after halftime. Naldo drew the sides level in the 55th-minute after Naby Keita opened things after 41 minutes. Werner’s ninth league goal of the season put Leipzig back in front in the 69th-minute. Bruma netted his second goal of the season two minutes later which gave Leipzig some breathing room late. Schalke was held to six shots on goal, as Peter Gulasci made five saves. The visitors suffered their first defeat since Sept. 23rd, which drops them into third place. Leipzig jumps to second with the win, their first since Nov. 25th.

Elsewhere in Europe, Real Madrid suffered their second home defeat in their last five matches, while Atletico Madrid snatched another three points. Monaco faced a tricky road test at Montpellier in Ligue 1, while Bayern Munich traveled to Leverkusen. West Bromwich Albion hosted Brighton in the EPL, as Everton faced off with Tottenham.

Tottenham Hotspur continued their recent home dominance in the Premier League, rolling past Everton 4-0. Harry Kane’s second-half brace gave Spurs some insurance after Son-Heung Min opened things after 26 minutes. The South Korean has been a nice supplement to Kane this season, with 11 goals in all competitions this season. Kane’s right-footed tap in extended the score to 2-0 before the England international put his name in the Tottenham history books. His second goal gave him 98 Premier League goals for Spurs, breaking Teddy Sheringham’s club record. It also gave Kane his fourth consecutive season with 20+ goals in league play. Christian Eriksen’s first goal since December 16th slammed the door shut at 4-0. Everton dropped their fourth match in a row, while Spurs move into fourth place.

West Bromwich Albion made it two victories in a row, downing Brighton & Hove Albion 2-0 at the Hawthorns. Alan Pardew’s team started quickly as former Man U defender Jonny Evans headed them in front after four minutes. Craig Dawson and Salomon Rondon came close to adding to the first-half advantage with efforts of their own. Dawson doubled the Baggies lead after 55 minutes, heading in his first goal of the season. Brighton, who held the advantage in possession, could only create one shot on goal and are unbeaten in their last four league fixtures. West Brom are in 19th while Brighton dropped to 15th.

Real Madrid’s nightmare of a La Liga campaign continued on Saturday as Los Blancos fell 1-0 to Villarreal. Pablo Fornals played the hero for the visitors, breaking the deadlock after 87 minutes on a fast break. The Spaniard’s left-footed effort beat Keylor Navas to the bottom right corner, downing Madrid to their second straight home league loss. Cristiano Ronaldo was saved four times by Villarreal keeper Sergio Asenjo, as the Spaniard made seven saves in total. The victory moves Villarreal up to fifth place, a point behind Zinedine Zidane’s men who are in fourth.

Atletico Madrid made it four straight wins to kick off 2018, after a 1-0 road win at Eibar on Saturday. The lone goal for Diego Simeone’s men came from Kevin Gameiro, who netted his fourth league tally of the season. Gameiro, was set up by French teammate Antoine Griezmann, and finished nicely to the bottom right corner. Jan Oblak made four saves in the clean sheet, keeping Eibar out on numerous occasions. The hosts are in seventh after the loss, while Atletico remains six points back of Barcelona.

Bayern Munich returned to league play with another win, defeating Bayer Leverkusen 3-1 at the BayArena. Javi Martinez opened the scoring after 31 minutes, scoring his first goal of the season. Franck Ribery extended the lead in the 59th-minute as he slid home James Rodriguez’s assist. Kevin Volland pulled Leverkusen to within one in the 70th-minute but that was the closest they would get. Rodriguez’s wonderful free kick in stoppage time sealed the deal for the league leaders. Bayern’s lead sits at 13 points over second-place Leipzig. Leverkusen drops to fifth place with the home loss.

Guingamp kicked off Round 20 in Ligue 1 with a 2-0 road win over Strasbourg. A pair of strikes in the first-half was all the visitors needed to claim the win. Yannis Salibur’s opener came in the eighth-minute for Guingamp, as the midfielder finished with his left foot. Nicolas Benezet doubled the lead after 16 minutes, giving the Frenchman two goals this season. Strasbourg was held to three shots on goal but ultimately lost their second match in a row. Guingamp extended their unbeaten run to six matches, which sees them move to seventh place.