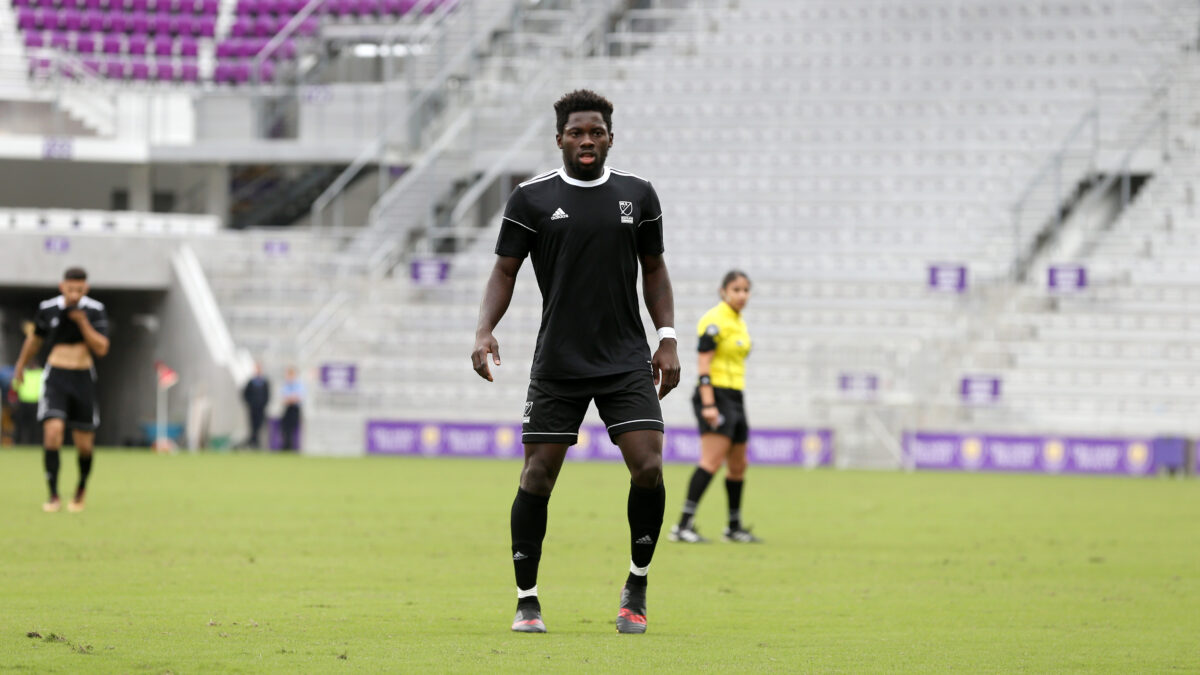 Ema Twumasi’s path is one that has become fairly common in recent years. The Wake Forest star is one of several Ghanaian-born players to make waves in the U.S. and earn themselves a chance at MLS. For years, players have emigrated from Ghana and thrived within the college game.

But Twumasi’s game is very different, as is his story. It’s one with plenty of sacrifice and plenty of maturing moments along the way. In the years between his arrival and Friday’s MLS Draft, he has heavily matured as both a player and a person, making him one of the top prospects emerging from the college game.

“At this point, its very hectic,” Twumasi told SBI as he prepared for the MLS Draft. “My mindset is to take a deep breath and take everything in and to take things one day at a time and not put any pressure on myself. It’s nerve-wracking some times and it’s exciting at other times.”

“It’s my goal to get better, and once you get better, you get more opportunities,” he added. “It was a little bit unexpected, but at the same time, it was expected of me… This opportunity came to pursue my goal, and I didn’t want to lose it.”

Twumasi grew up in a small town in Ghana called Sunyani, located in the middle of the country. He grew up as a single child with just his mother and no father in the picture. As a youth, he quickly gravitated to street soccer despite his mother’s initial concerns. Twumasi made waves with his local team before trying out for the Right to Dream Academy at age 11. He was selected for another tryout soon after, where he was one of three players selected to join the academy.

While there, he played with fellow Generation Adidas signings Francis Atuahene and Edward Opoku. He looked up to older stars like Josh Yaro, Abu Danladi, Ema Boateng and David Accam as he looked to follow in their footsteps and push towards a professional career.

“There are a lot of people that come from our program to the U.S., but not everyone makes it to that next level,” added Atuahene, who knew Twumasi before they both joined the academy. “This shows that determination. We always wanted to be on that next level. With me, and the same thing with Ema, we always worked to achieve this goal, and not just achieve it but to thrive at the next level. It’s crazy. I don’t know what to say. It’s amazing and I’m glad we all have this opportunity together.”

After four years, Twumasi was admitted to Kent School in Connecticut. It was a difficult transition. While he was at the Right to Dream academy, Twumasi was able to see his mother several times a year. Since coming to the U.S., he’s only been home twice.

Still, Twumasi rapidly asserted himself as a high school prospect to watch. When an older teammate began looking at Wake Forest, then-freshman Twumasi immediately “fell in love” with the school and made it a personal goal of his to get there. With the help of a teammate’s parent, Twumasi put together a highlight tape and researched the school as much as he could through his four-year career. Eventually, a number of colleges called with recruiting pitches, but Twumasi’s decision was made. Wake it was.

The winger thrived during his time with the school, rapidly becoming the latest in an extended list of pro prospects to feature for the Demon Deacons. With players like Ian Harkes and Jacori Hayes bound for MLS following the 2016 season, Twumasi and teammate Jon Bakero stepped up in 2017, providing a combined 26 goals and 21 assists.

Twumasi’s biggest leaps didn’t come in the attacking end, though. He always had that skill set. Initially a No. 9, Twumasi grew into a winger for Wake, but it took time for coach Bobby Muus to see the maturity needed to reach that next level.

“Ema is a guy that knew he’d have to play on both sides if he wanted to be on the field, and he turned into a guy that, up a goal in important situations, he was a guy that would play both sides of the ball,” Muus said. “His understanding defensively has gotten much better and defends intelligently while working hard at the same time.”

“I matured. Coming to Wake Forest, I was a one-sided player,” Twumasi said. “I used to be all about attack. I was a No. 9 too. At Wake, I had to make a transition from No. 9 to a wide player. It was hard for me to adjust. I matured. I accepted the new role that the team wanted and I knew that, if the team was going to be successful, I couldn’t be a one-sided player.”

That mindset took time, though. Twumasi wasn’t handed a starting role and began his career as a reserve. His first start? He scored 15 minutes in, helping solidify himself as a valuable goal scoring threat.

“I don’t think you ever know anyone is ready, and there are some that surprise me with how well they do, but Ema is a competitor,” Muus said. “He’s a guy that knows it’s going to be a grind and that knows he’s going to have to work to be a professional. It takes a special player, and he’s committed to doing that.

“Most dynamic attacking players like freedom to do whatever they want. Ema is a structure and a system-type player. If you give him a system and have goals and expectations for him in that position, he will deliver… Ema likes playing in a system, and that makes him a little bit different.”

Twumasi hopes its that difference that helps him on draft day. The combine has been a bit bumpy for the Wake Forest attacker, but Twumasi is still widely seen as one of the top attacking talents in the draft.

That day, Twumasi says, will be a big one. It will be the culmination of years of hard work. It will be a look into his future as a professional player. Most importantly, though, it will be a day that allows him to finally tell his mom that, after years of sacrifice, he’s made it.

“I’m just excited to find out where I’ll be,” Twumasi said. That’s the most exciting thing: knowing where you’ll be and where you’ll start your career. I’m looking forward to training camp and meeting teammates and getting my career started. At this point, I need to know where I’m going to be so we can start everything.

“(My mom) knows I’m leaving school to play pro, but I haven’t really talked to her about it. I just want to know where I end up. It’s so different and she wouldn’t get it all, so I want to know where I’m going to be playing so I can finally have the real conversation with her.”