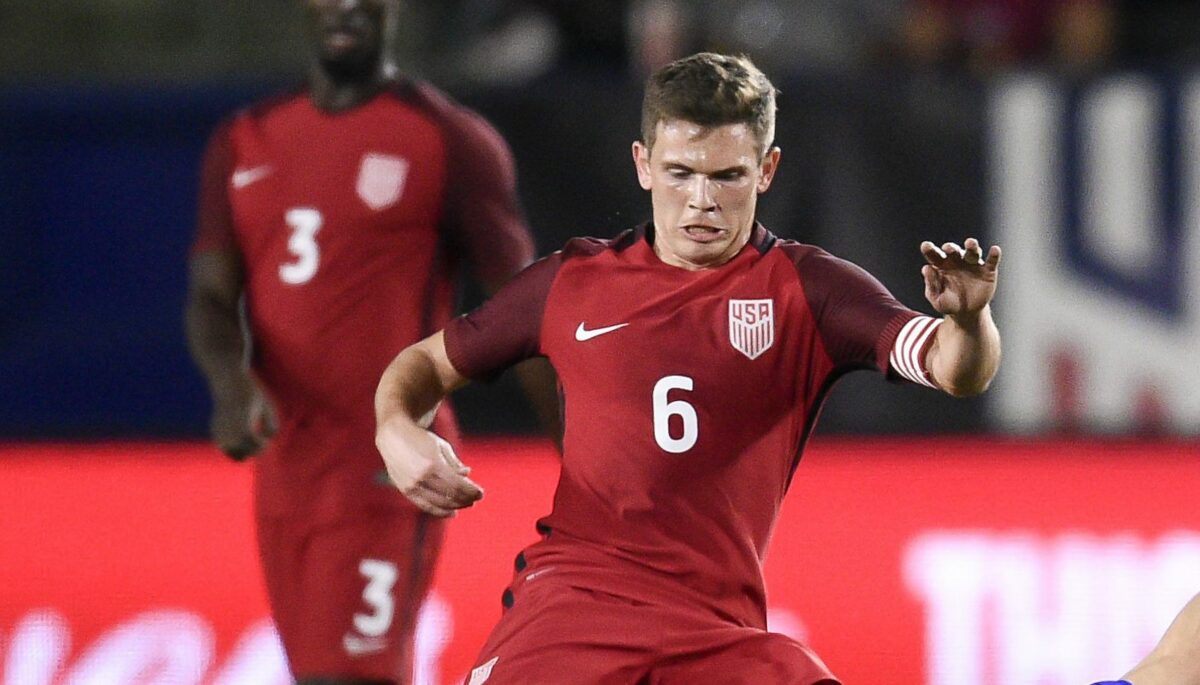 The U.S. Men’s National Team played to a dull 0-0 draw with Bosnia and Herzegovina on Sunday in a game that taught us little about the potential prospects in the talent pool.

One of the players able to stand out among the pack was Columbus Crew midfielder Wil Trapp, who impressed enough during January camp to earn the captain’s armband for the contest at the StubHub Center. During Sunday’s match, Trapp also impressed enough to earn SBI USMNT Man of the Match honors.

Trapp’s leadership in the middle of the park and distribution connecting the midfield with the forward line stood out during his 83-minute shift. The 25-year-old made three key passes, including a beautiful ball from near the center stripe in the 50th-minute that tried to kickstart the USMNT attack.

The performance helped Trapp gain some traction in a crowded central midfield pool that also includes Tyler Adams, who played a solid 90 minutes, especially after dropping into a deeper role in the second half.

Ike Opara, who started next to Walker Zimmerman in the middle of the USMNT defense, stood out on the back line as did Chicago Fire right back Matt Polster.