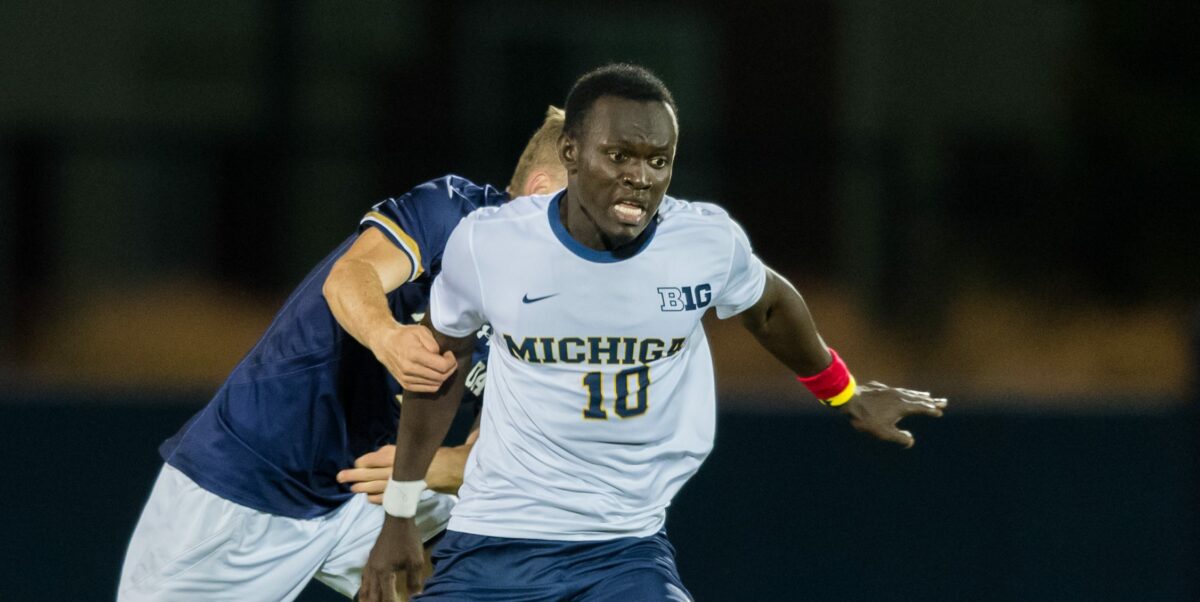 The 2018 MLS Draft is a week away, and while plenty will change in terms of player ratings in the next week after the MLS Combine, teams have a good idea of where players stand after having spent time evaluating the top college prospects over the past year.

This year’s draft is a unique one in that it doesn’t have strength at the positions that are traditionally deep. Central defense is consistently a position teams can find good draft options, but this year the central defender pool is woefully thin. Meanwhile, teams will find many more fullback options this year than they have seen in year’s past.

The draft is stocked with attacking players, but teams must also contend with the reality that many of them are foreign players, and the tricky dance of balancing international player spots could force some teams to steer clear of foreign options in certain situations.

The top of the draft should have a distinctively foreign feel, with a Generation adidas class that boasts six foreign players out of seven.

Here is a look at how the first round of the 2018 MLS Draft could play out, based on here prospects stand heading into the MLS Combine:

Bob Bradley takes the young Portuguese left back, who will need time to develop, but boasts an impressive skill set at a position of scarcity. LAFC could also chose to trade down, and stockpile picks and allocation money from the teams currently holding multiple first-round picks and cash to spend.

Sigi Schmid once picked a standout Stanford center back with a high draft pick and it worked out pretty well. His name? Chad Marshall. Hilliard-Arce isn’t Marshall, but he’s the best cenral defender in the draft by a country mile.

D.C. United can use some speed on the flanks, and Atuahene can provide that as a speedy and strong left winger. There are questions about his ability to combine with teammates, but he could step in and thrive in a D.C. attack with Luciano Acosta and Paul Arriola in the midfield attacking roles.

The Impact will be hoping Hilliard-Arce slides to this pick, but if he’s gone, adding a speedy winger like Twumasi could help offer some variety in attack. He’s young, and will need time to develop, but Twumasi has serious potential.

The Loons would love to add some defensive quality at this pick, and may have to consider trading down rather than reaching. There will be teams looking to move into this spot. Toye is a big forward prospect who will need time to develop, and Minnesota United could take its time with him, or deal the pick.

The Lions are one of the teams who will pray for a Hillard-Arce slide, or will have to consider trading up. If he’s gone, Orlando City could do worse than Mueller, a quick and shifty forward with a nose for goal who could work the flanks or operate as a second forward.

Having already grabbed Twumasi, the Impact would love a central defender, but with none around worth a pick this high, they may stick with attacking depth and grab a more pure forward in Musovski, a mobile and efficient goal-scorer.

The Revs are a good candidate to be an aggressive trade participant, with some of the young attackers on their radar, but if they stay put, adding some depth at right back with the best right back in the draft is a good move.

The Revs traded away Kei Kamara, and if they don’t trade up to grab a big young forward like Mason Toye, they could do well to grab Thiaw here. The 6-foot-2 forward was a goal machine at Louisville.

RSL has had plenty of success with its youth movement, and have promising prospects all over the field, so filling a need for speed at forward would be a good approach, and Gallagher can provide that. Mike Petke could try to find a big forward, and Thiaw could be tempting if he slips, but Gallagher could fit in well with RSL’s attack.

Oscar Pareja will be thrilled to land the skillful Spanish forward, who possession-oriented teams like New York City FC and Columbus will be looking to target as well.

The Eaarthquakes are loaded with international players, so grabbing the best available American prospect is a priority, and Winn can provide some needed speed on the wings.

After losing Latif Blessing in the expansion draft, SKC finds another speedy Ghanaian to potentially take his place.

Could Tata Martino reach for former Barcelona B midfield Pol Planellas, who he knows very well? It’s entirely possible, but it could be tough to pass up a chance to add a quality American prospect like Krolicki.

The Fire ould use some depth in the defensive midfield role after the departure of Juninho, and Adams has the toughness and athleticism to fit into Veljko Paunovic’s system.

The Red Bulls can use a right back more than a left back, but will be tempted to grab Fiddes, the best left back in the draft.

The Whitecaps can use a backup goalkeeper, and Caldwell is the consensus top choice goalkeeper in the draft, though some rate Michael Nelson as a better long-term prospect.

SKC will jump on Fiddes if he slips this far, but taking the attack-minded Roldan and molding him into a central midfield warrior like he did with Roger Espinoza is a plan Peter Vermes could pull off.

Patrick Vieira can use some bench forward options, and Lopez-Espin has the size and technical quality to fit in well at NYCFC.

The Dynamo will be looking for a good American prospect in order to salvage its international roster spots, and Acuna could fit in well in Wilmer Cabrera’s system.

The Crew could use some forward depth and if Ruiz can regain the scoring touch he showed as a junior, this could be a steal.

Though he may not have the bite Seattle fans are used to from their central midfielders, Planellas has next-level ball skills and the product of Barcelona’s La Masia could see his stock skyrocket with a strong combine.

TFC will be looking for some right back depth after the departure of Steven Beitashour, and if Segbers shows himself to be adapting well to his new right back position, TFC will pounce.