Union find one of their ‘difference-makers’ in David Accam 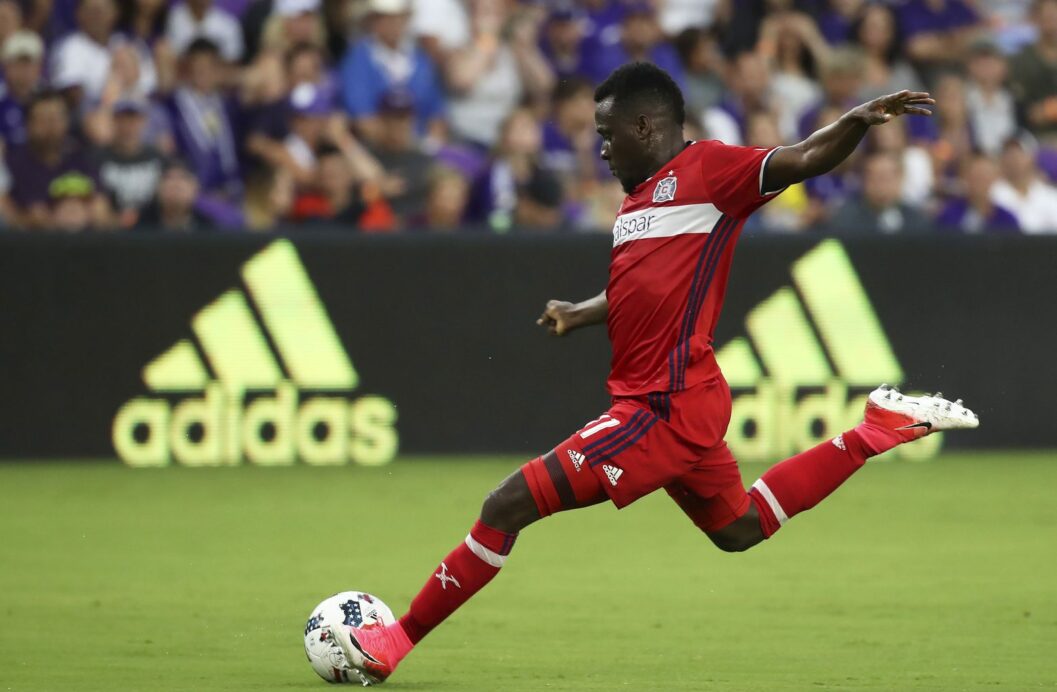 PHILADELPHIA- The long search for difference-makers in attack for the Philadelphia Union found an answer on Friday.

The Union, who were inactive for most of the offseason, traded a total of $1.2 million in allocation money to the Chicago Fire for winger David Accam.

“As we had said a while back, we’re trying to find some difference-makers for our team to help us over those humps in certain games that we had,” sporting director Earnie Stewart said. “And being in games during most of the season but sometimes getting to that point where we can have that extra comfort in keeping that lead or keeping the tie on the board.”

“We believe that a couple of difference-makers can help that,” Stewart added. “And once David Accam came around, it was really clear to us that that was a target that we wanted to make sure happened, and we as the Philadelphia Union made sure we stretched ourselves to make sure this player came aboard. Just very pleased that we were able to accomplish this.”

Addressing the need with a player from inside MLS was a major plus for head coach Jim Curtin and Stewart.

“Certainly something that goes into your decision making,” Curtin said. “A David Accam on the open market is significantly higher than what we paid today. I can tell you with confidence if we shopped around of David’s quality and production, we’d spend a heck of a lot more money than we did today.”

“In a lot of ways, our league has a lot of different mechanisms to get you into MLS,” Curtin said. “You have to be smart with how you use them. But certainly David is a guy who’s proven in MLS. He knows defenders in this league. It won’t be a surprise the first time he goes to Portland. That does factor in a great deal. There’s not a four-five month, sometimes a year, sometimes never [period] of getting used to the challenges of our league.”

The addition of Accam gives the Union two of the paciest wingers in the league with Fafa Picault on the opposite side of the field. The pair headline a depth chart that includes Fabian Herbers and Marcus Epps,  both of whom have made impacts off the bench in their time with the Union.

“Each guy will be called upon at different times and now you’re starting to see there’s not much drop off,” Curtin said. “Different guys bring different things. For example, David Accam is a guy who is going to look to get in behind. Fabian Herbers is a little comfortable getting inside and on the ball.”

“You can give teams different looks, which is a real positive but again we have a good group of players and we’re going to call upon all of them,” Curtin said. “Competition is good, injuries happen during the year so the more guys you can acquire with quality, and with David we’ve brought in arguably one of our highest quality players in our club. We’re excited about that.”

Accam is one of two difference-makers the Union hope to bring in before their March 3 home opener against the New England Revolution. Curtin provided a bit of an update on the search for a No. 10, a position that will eventually end up complementing Accam.

“Are we still actively looking for a 10? Absolutely,” Curtin said. “There’s a list of guys we’re going through. But yeah, a No. 10’s production goes up a heck of a lot when you have a guy of Accam’s skill. With Fafa, with Accam, with CJ Sapong, those guys will create a lot of space for whoever plays in that No. 10 spot during the course of the season. That’s something that makes other teams’ worry. When we get off the bus, you have to account for David Accam. So that’s a real positive.”

For now, the Union can relish in their first big capture of the offseason, one that will hopefully set them up for success and a return to the postseason in the third year of the Curtin-Stewart regime.