After whirlwind rookie season, Nick Lima ready to step up with Earthquakes and USMNT 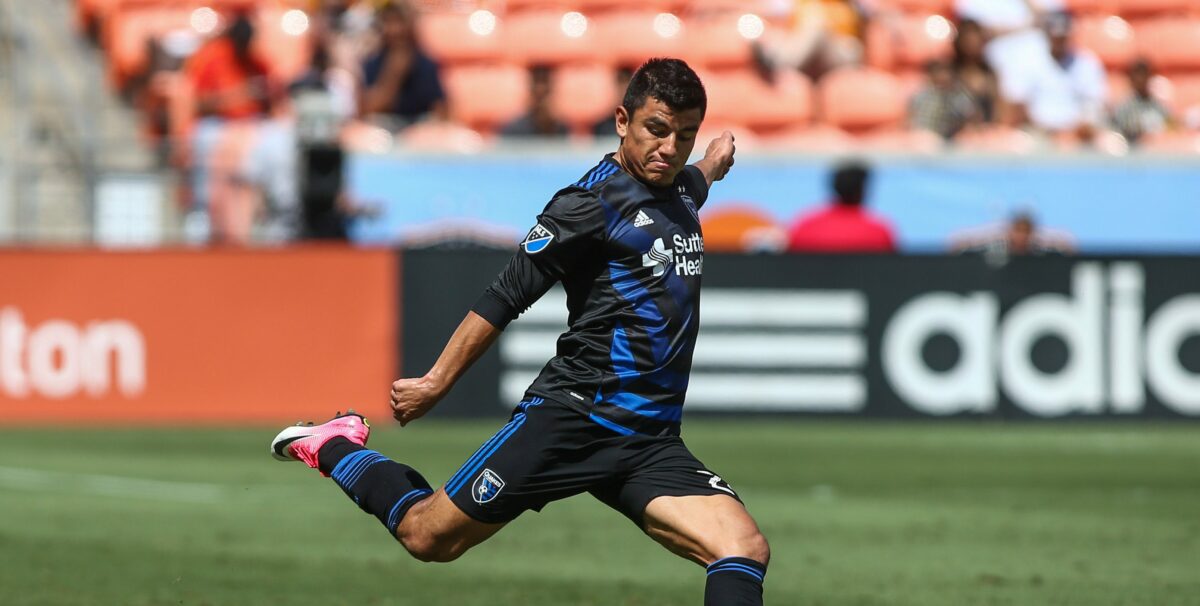 The past year has gone pretty fast for Nick Lima. Just 12 months ago, Lima was a relative unknown outside of the most knowledgeable of San Jose Earthquakes circles.

Yet to play an MLS minute and with no youth national team experience to his name, Lima entered the 2017 season completely under the radar after signing a Homegrown deal from the University of California.

As 2018 begins, Lima finds himself set for an experience he never could have imagined just one year before. Fresh off a standout rookie campaign, Lima joined the U.S. Men’s National Team for the annual January Camp, his first taste of the international game. It had all gone a bit quicker than even he’d expected, and he needed advice.

“Before January camp, I asked (Chris Wondolowski) to just go to coffee,” Lima told SBI. “I wanted to just talk to him because I was feeling nervous. He completely helped me get a grasp of what was happening and what was going on and what it would all be like.”

Now with his second MLS season looming, Lima understands that things will be different. The 23-year-old defender is now seen as a key member of a new-look Earthquakes defense. He’s one of the brightest fullback prospects in MLS and, following his January call-up, the USMNT will certainly be in the back of his mind as a new World Cup cycle begins.

But the big lesson Lima took away from his meeting with Wondolowski and the ensuing January Camp experience was a simple one: the more things change, the more they also stay the same.

“From the very basic level of going into a season, it’s not different in a sense, from college to now,” Lima said. “There’s excitement. I’m just excited to play. I’ve been jumping off the walls and I’ve been told I have too much energy this early in the morning at times throughout preseason.

“It’s different in the sense that I do have experience under my belt. I have to bring a high level. I don’t think there’s any excuse. I have three extra weeks of training under my belt with the national team at a very high level. With that, there is an expectation that you come in and raise the quality and then, when games come, you stay consistent throughout and stay at a high level and contribute even more going forward.”

The key, Lima says, is confidence not just in his game, but in the knowledge he built throughout a whirlwind debut season. After impressing in his first preseason, Lima was thrown right into the fire when the 2017 MLS campaign kicked off. In his debut, he shut down Ignacio Piatti en route to a 1-0 win over the Montreal Impact. In his second, he scored his first professional goal, an equalizing effort in an eventual 3-2 win over the Vancouver Whitecaps.

Physically and mentally, Lima admits he wasn’t fully sure of what to expect from an MLS season. He didn’t know the toll travel would take on his body or the wear and tear that comes with playing on turf one day and in scalding temperatures just several days later.

When all was said and done, Lima finished the campaign with 22 appearances and the Quakes finished the season with a playoff spot that looked all but unlikely throughout a rollercoaster 2017 that featured several new signings, a new coach and the beginnings of a youth movement.

Under new head coach Mikael Stahre, Lima is expected to develop even more. In the new system, Lima is tasked with getting forward a bit more and keeping possession when he does get up the field. He’s looking to get in behind as often as possible while still continuing to develop his reputation as an up-and-coming defensive fullback.

“He’s a really nice guy, a humble guy,” Stahre told SBI. “Without that, you can’t reach the top level. For me, he’s a really quick player. His running capacity is very good. That’s very important for a wingback or a fullback. He’s doing very well. His tactical awareness is getting better all the time.”

While Lima continues his development as an attacker, he’s also developing into something else: a leader. Joining a backline that could see three new starters and a new goalkeeper, Lima is one of few holdovers for a new-look Earthquakes team.

He’s also one of several up-and-coming, young American pieces scattered throughout the roster. There are midfielders Jackson Yueill and Tommy Thompson, as well as Homegrown signings like Gilbert Fuentes and Jacob Akanyirige, who signed contracts as 15-year-olds in the offseason.

“Last year, they gave me a huge opportunity to be a starter on Day 1 and they had the belief in me,” Lima said. ” I had a good preseason, but I still hadn’t played an MLS game, but I was starting on Day 1. The organization has trust in some of the young players. It’s something I hope keeps going.

“It’s good to see and I’m glad to be a part of it. When the young guys come in, I want to do all I can to help them. I came in at 22. We have two 15-year-olds, so I can’t speak a whole lot to what it would be like for them. I don’t know what I was even doing at 15. It wasn’t playing professional soccer, that’s for sure.”

The 23-year-old Lima has certainly made up for lost time. The fullback used the experience of four college seasons to propel him into instant MLS success. Now, it’s about showing that he can take that next step.

Any leaps will push him closer to the national team after his brief taste this January. Although the camp didn’t end with a first international cap, it did show Lima what he is as a player and what he needs to be for both club and country going forward.

With his sophomore campaign set to begin on Saturday against Minnesota United, Lima can rely on lessons learned at Avaya Stadium or from January Camp or from a little coffee shop seat next to Wondolowski.

“I learned a lot from the guys who have been there multiple times,” Lima said of his January experience. “One of the guys I hung out with a lot was Jordan Morris, the approach that he took with the day in and day out things and the level of play, that quality is consistent from those guys. There’s not a whole lot of time to regress at that level. You always have to play at your highest. There’s no leeway.

“For myself, it was about going in and competing with those guys day in and day out and realizing, yeah, I belong here. I take little things from that and what I have to do to get back and just keep building. “