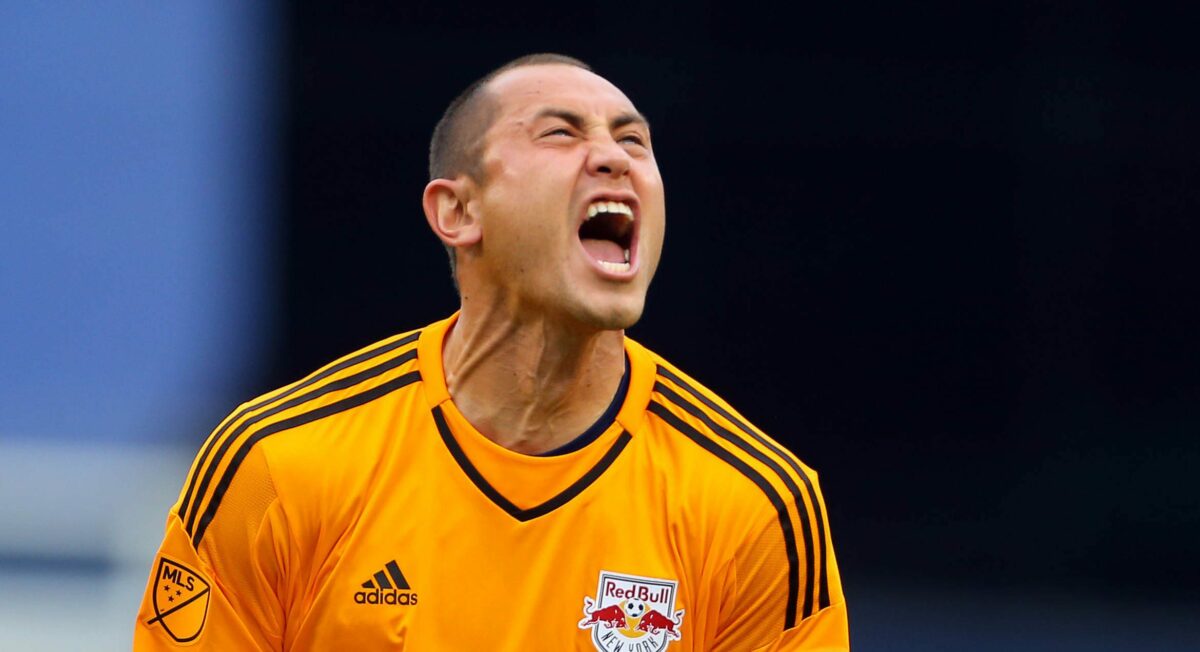 On the eve of the New York Red Bulls’ first match of the 2018 season, the new beginning feeling was impossible to ignore. Opening their year with a shorter than usual preseason and a CONCACAF Champions League matchup against a CD Olimpia side in midseason form, head coach Jesse Marsch knows his team might be at a disadvantage going into an important match.

Yet, he cannot hide his excitement.

“What a fun challenge early in the season,” Marsch said to members of the media via conference call on Wednesday.

The challenge he speaks of is similar to last season’s, when the club played its first ever knockout match in the CONCACAF Champions League, against the Vancouver Whitecaps, who had a similarly short preseason. Last time around, the Red Bulls collected a defeat after two legs, but for Marsch, the experience provided a learning opportunity.

“Last year, we dealt with the same situation,” goalkeeper and captain Luis Robles told SBI, “which was a big challenge in front of us: for us to have an abbreviated preseason ahead of us yet be expected to compete at a high level. I think a lot of people on this roster were able to go through that experience and, for us, because it didn’t work out in a particularly positive way, we can chalk it up as a learning experience.”

“I feel like we’re ahead of schedule from last year,” Marsch added. “Guys came in fitter. I think guys understood … exactly what the time crunch was. They also understood the urgency that we needed to include in everything we did every day.”

The task, though, has not necessarily been easier.

“It’s never easy to try to throw a lot of elements into a short time frame,” Marsch said, “but I’m really proud of our group and the way that they have committed themselves.” He added that the group is prepared, “as much as we can be” given the obvious disadvantages.

Much of that comes down to the way Marsch and company have built their squad. The Red Bulls have gotten younger and even splashed more cash than usual on the club’s first young Designated Player, Alejandro Romero Gamarra, who is not match fit and will not participate in the first leg. Regardless, Marsch said “the talent pool fits the way we play better than any group we’ve ever had.”

“I truly believe that this group is a group that can get better every day,” he said, “that is hungry, that is eager to prove themselves, [and] is eager to play the way we want to play.”

He went on to call the roster depth and the young players “he best we’ve ever had.” For him, “the future is clearly bright.”

“It’s a particularly young group, but I don’t necessarily agree,” Robles said. “As far as age, maybe collectively on an average we’re young, but take a look at the experience that this group has had, but even those younger players have played a vast majority of minutes over the years.”

Marsch did, though, leave the door open for a few more additions.

“We’re always looking in to seeing how to use the remainder of our resources, to continue to bolster our roster,” Marsch said. “There’s that potential to see if one or two more pieces can be added.”

The focus currently, though, is on the first leg of their Champions League in San Jose, Costa Rica. Marsch conceded that, despite all of his positivity, the team’s opening match of 2018 will not be flawless.

“It seems like we’ll have to grind things out,” Marsch said. “It means that we won’t be perfect,” especially towards the end of the match, “when fitness might become an issue.”

“It won’t be easy, but I expect our group to be up for the challenge.”

However things may shake out on Thursday, Marsch is enthusiastic about the season ahead.

“We, as an organization, as a staff, and as a team, are more optimistic than ever that we have the players to be what we want to become,” Marsch said. “It’s going to require a lot of work … but we’re incredibly optimistic and really positive and excited about the prospect of this season.”