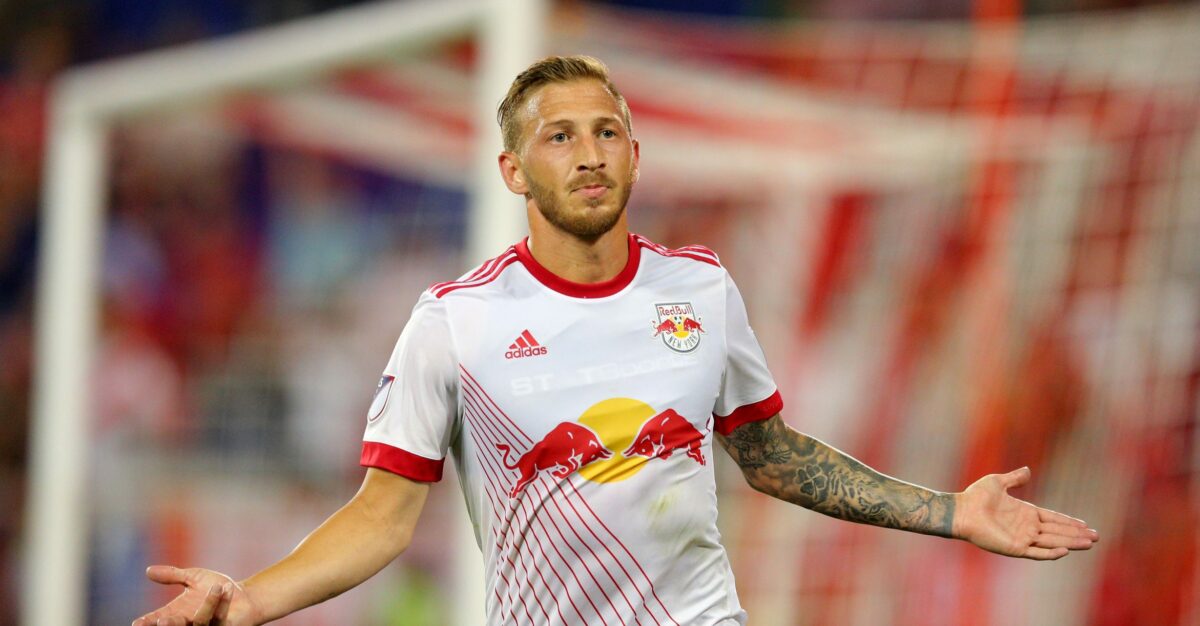 In an empty stadium in Costa Rica, the New York Red Bulls played CD Olimpia to a 1-1 draw in the first leg of their CONCACAF Champions League Round of 16 matchup.

Daniel Royer’s first-half goal gave the Red Bulls a precious away goal heading into the second leg at Red Bull Arena on March 1.

Just as 2017 ended, Royer picked up right where he left off, conjuring magic and showing the nose for goal that has made him a fan favorite amongst the Red Bull faithful.

Olimpia took some time to find the match, but the squad’s in-season fitness provided a lifeline for the “home” side in the first leg.

The first half featured a physical and sloppy game between the two sides. While Olimpia is nine games into the Liga Nacional Clasura, the Red Bulls are still firmly in preseason form. For Olimpia, that should have provided a clear edge, but it was the Red Bulls who played the better soccer in the first half while Olimpia appeared more interested in playing a physical style.

The Red Bulls rewarded themselves for an effective job utilizing their high press with a goal from Daniel Royer in the 31st minute. Bradley Wright-Phillips played the unlikely role of creator on the goal, sending a curling ball in from near midfield to the head of Daniel Royer in stride. Royer needed only flick his headed attempt gently into the net to give the Red Bulls the early lead in the series.

Carlo Costly and Olimpia came out with renewed fire in the second half. In the first 15 minutes of the half, Olimpia had more chances than the entire first half, causing the Red Bulls backline some nervy moments.

Olimpia found an equalizer in the 73rd minute after Aurélien Collin fouled Michaell Chirinos in the penalty area. Collin had been caught upfield when Chirinos and Olimpia broke. Brayan Moya converted the penalty to tie the match.

Daniel Royer scored the goal and was a threat throughout his 73 minute shift. While he showed that he is still coming up to speed, he is still that extra goal scoring threat that the Red Bulls desperately need for Bradley Wright-Phillips to be successful.

Bradley Wright-Phillips beautiful curling assist on Royer’s goal was just the right pick me up for Red Bull fans still emerging from the winter’s hibernation.

While it was just one poor decision, it was a very poor decision to go to ground for Aurélien Collin. With his team still courting a tremendous 1-0 lead heading into the second leg, Collin changed the game and let Olimpia, who had only one shot on target up until that point, back into the series.