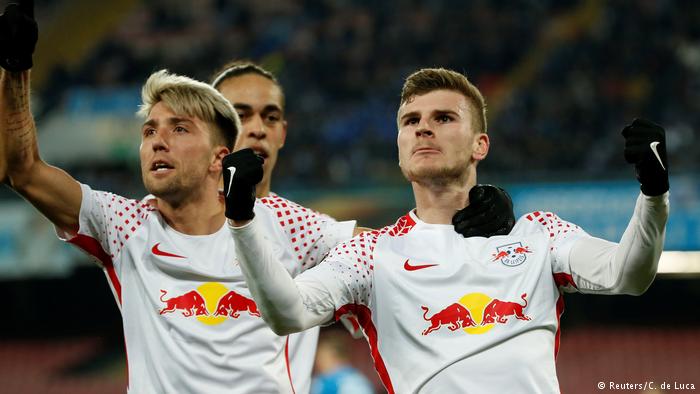 The highlighted clash in the UEFA Europa League Round of 32 saw RB Leipzig take on Serie A leaders Napoli. Following a dominant performance at the San Paolo in last week’s first leg, Leipzig held on for a 3-3 aggregate victory advancing on the away goals tiebreaker. Piotr Zielinski opened things at Red Bull Arena, slamming home a rebound after 32 minutes. Lorenzo Insigne pulled Napoli to within a goal from advancing in the 86th-minute but that was the closest the visitors would get. Peter Gulasci made six saves in the match for Leipzig, while the hosts failed to record a shot on goal.

DORTMUND SQUEAKS PAST ATALANTA ON THE ROAD

Borussia Dortmund received an 83rd-minute winner from Marcel Schmlzer to edge Atalanta 4-3 on aggregate away from home. The German who came on as a halftime substitute, scored his first goal of the season from a right-footed effort. Roman Burki made two saves in the win, despite Rafael Toloi finishing from close range in the 11th-minute. Christian Pulisic started for Dortmund, and played 59 minutes in the match.

After a 3-0 first leg away win in Sweden last week, Arsenal knew they could play a little more comfortably at the Emirates on Thursday. Despite allowing two goals in quick succession in the first-half, the Gunners advanced 4-2 on aggregate over FK Ostersunds. Hosam Aiesh opened things for the visitors in the 22nd-minute from a right-footed finish. Ostersunds doubled their lead a minute later as Saman Ghoddos set up Ken Sema for his first goal in the competition. Sead Kolasinac’s right-footed goal after 47 minutes sealed the result for Arsenal, advancing them into the Round of 16.

Here’s all of Wednesday and Thursday’s second leg results:

The Europa League Round of 16 draw will take place on Friday, February 23rd.