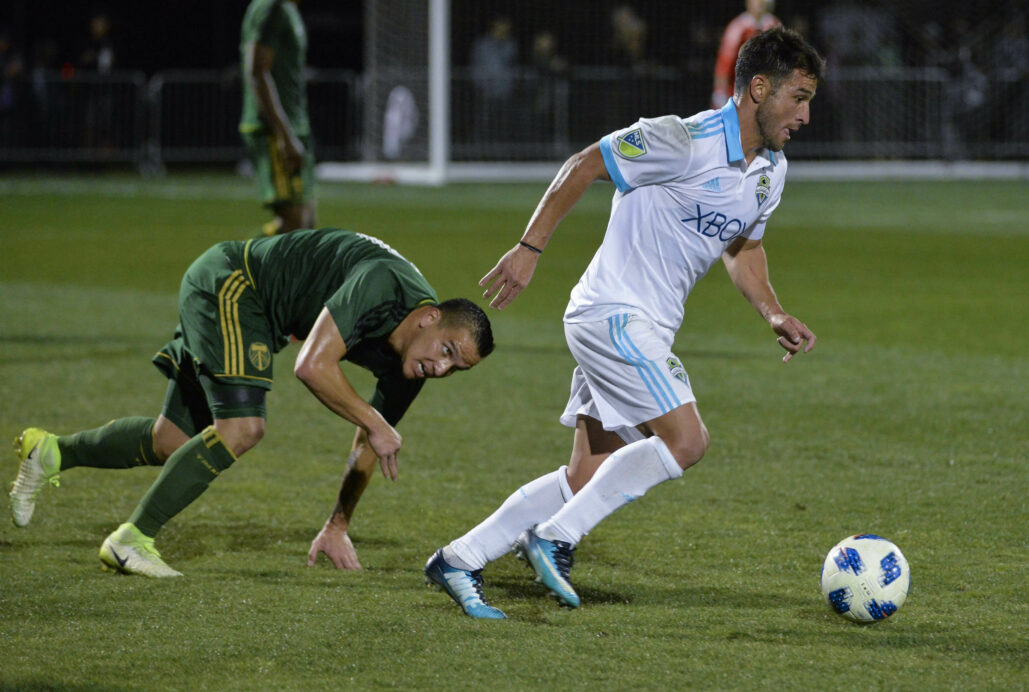 MLS preseason is underway and many clubs were in action over the weekend.

Tuscon, Arizona was the center of attention as a pair of MLS-on-MLS matches, including a classic rivalry to open the Mobile Mini Sun Cup.

Here’s a full recap of the weekend’s action.

The Sounders got on top early on with a goal from Christian Roldan. He was able to jump on a rebound after Jeff Attinella denied Harry Shipp from close range.

Diego Valeri would level for Portland midway through the half by heading home a feed from Sebastian Blanco.

The Seattle winner came in the 68th minute when a turnover in the Portland half set up Handwalla Bwana’s finish inside the penalty area.

Both sides fielded first-team squads for the entirety of the first half. Seattle even kept their regulars in for the firs 17 minutes of the second before swapping all eleven players in the 62nd minute.

After a scoreless opening half hour that featured the likes of David Bingham and Ola Kamara making their debuts for LA, the Galaxy took the lead in the 33rd minute when Sebastian Lletget’s free kick found the head of Michael Ciani for the opener.

The rest of the match belonged to RSL, however. They equalized in the 51st minute with a spot kick form Sebastian Saucedo. Nick Besler would give them the lead by banging home a rebound five minutes later.

The final goal came in the 77th minute through Sebastian Velazquez.

The Galaxy fielded three separate elevens for the match, with swaps coming at the 30 and 60 minute marks..They went from a fairly experienced bunch in the first third of the match to being entirely composed of young prospects by the third, including second overall pick Tomas Hilliard-Acre.

RSL went with a pair of lineups with a switch at half time. Their first squad was mostly regular starters while the younger kids came in for the end of the match.

In a rather unconventional match, the Red Bulls and Union played three 45 minute frames in Clearwater, Florida on Saturday.

The opening 45 minutes featured mostly MLS regulars, but remained free of goals. In the second third, CJ Sapong scored from the spot 18 minutes in before Florian Valot fed Derrick Etienne, Jr. for the equalizer in the 36th minute.

The goals really flew in the final 45 minutes. Alex Muyl, Amando Moreno and Ben Mines scored for the Red Bulls while Branden Aaronson scored for the Union,