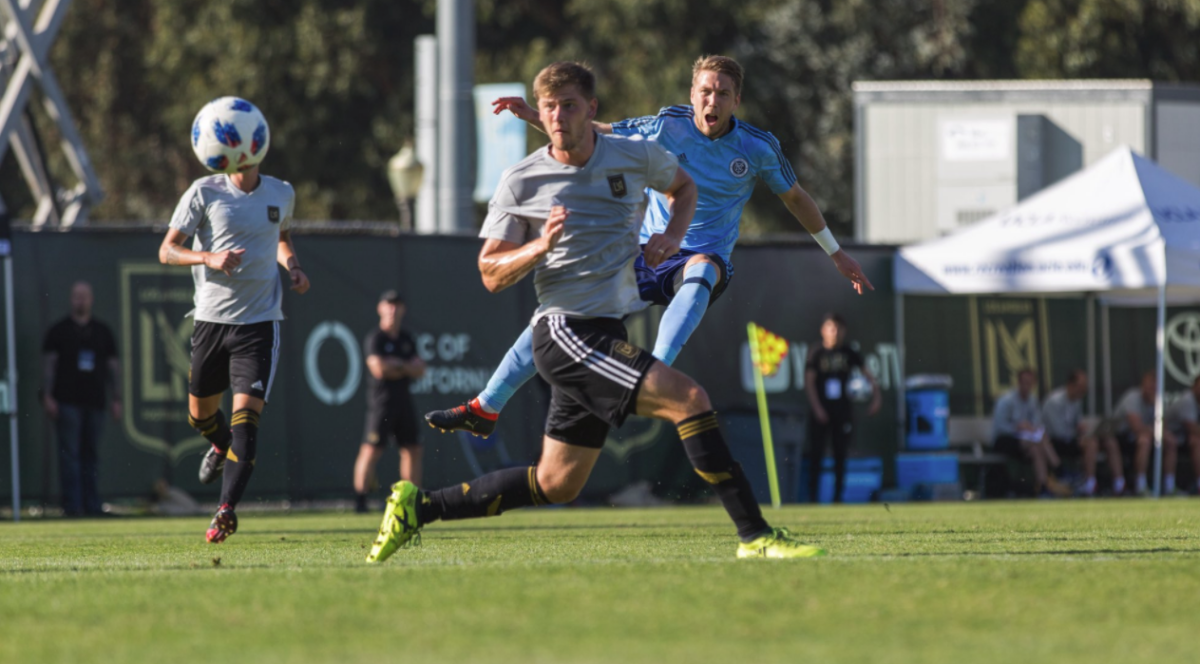 There were plenty of preseason warm-up matches featuring clubs from all around the nation, and the world, last weekend.

A pair of Japanese sides were in Hawaii for the Pacific Rim Cup with the Columbus Crew and Vancouver Whitecaps. FC Dallas continued their preparation for the CONCACAF Champions League with a friendly against Costa Rica’s CS Cartagines. New York City FC also played a back-to-back preseason gauntlet against Los Angeles’s two MLS representatives.

Here’s a recap of the weekend that was in MLS preseason.

The Crew started their trip to Hawaii in hopeful, yet ultimately disheartening fashion.

Gyasi Zardes scored a pair of goals to give his side an early lead a Aloha Stadium. He slotted home his first in the 13th minute before Sapporo found their equalizer ten minutes later. His second came from the penalty spot in the 39th.

That would sum up the Crew scoring as Sapporo made it 2-2 in the last action before half time. Their winner came just three minutes into the second half.

These two sides battled to a 1-1 draw at UCLA in a match that saw a lot of physical play.

A rough challenge in the box just ten minutes into the match saw Yangel Herrera shouting for a penalty. Both teams committed hard tackles throughout the afternoon, including one that forced NYCFC’s Cedric Hountondji off with an injury.

The goals came from Marcos Urena’s tap-in shot in the 16th minute for LAFC and Alexander Ring’s long range curler in the 55th.

A day after playing one Los Angeles team, NYCFC took on the LA Galaxy at the StubHub Center. This match, however, was all Galaxy, with newcomer Ola Kamara getting the party started.

Kamara scored the opener in the tenth minute by latching onto a rebound from a Romain Alessandrini blast off the crossbar.

Physical play was once again a feature of this match. NYCFC saw Ronald Matarrita sent off in the 49th minute after a bad challenge on Alessandrini.

The Galaxy would use the man advantage to score twice in the second half. Baggio Husidic picked out rookie Tomas Hilliard-Arce for a headed finish in the 70th and Husidic scored the final goal in stoppage time.