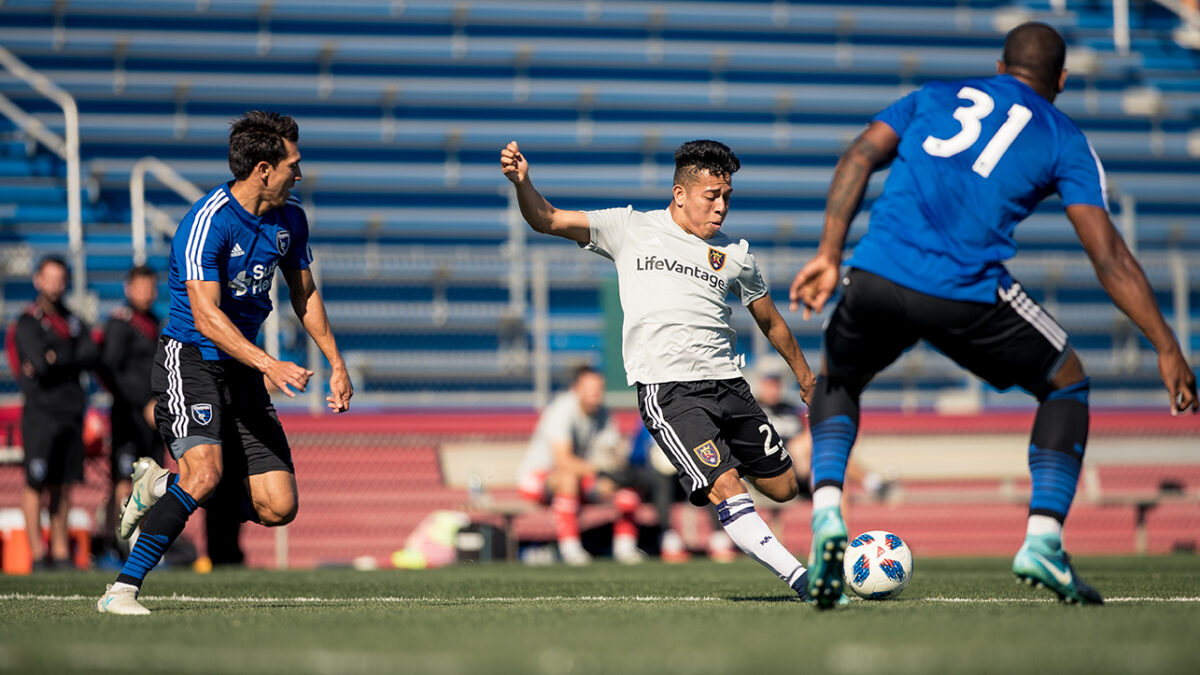 A few more MLS teams were in preseason action on Wednesday.

The San Jose Earthquakes took on Real Salt Lake in Tucson, Arizona in the only MLS on MLS match of the day. Meanwhile, FC Dallas continued their preparation for the CONCACAF Champions League against a team from El Salvador.

Elsewhere, Minnesota United had a routine afternoon against a college side and the Seattle Sounders took on an NASL side.

Here’s a recap of the action.

The San Jose Earthquakes and Real Salt Lake two teams closed out their trip to the Arizona with a 1-1 draw against each other.

The first half saw no scoring as each team fielded an experienced side featuring many MLS regulars. Each side had a few chances, but goalkeeping was at a premium, especially from Nick Rimando, who made two important saves to keep the match scoreless.

Both sides brought new legions onto the field for the second 45 minutes. The Alfredo Ortuno broke the deadlock for RSL in the 55th minute. Rookie forward Ricky Lopez-Espin fired a low cross from the left flank to find his feet neat the top of the penalty area.

That goal was cancelled out by Quincy Amarikwa, who headed one home from close range five minutes later.

Both teams will now depart Tuscon. RSL will train back home for a couple days before heading out to Orlando to face Orlando City and New York City FC. Meanwhile, the Quakes will return to San Jose, where they will host Reno 1868 of the USL on Saturday.

After an early chance from a Tesho Akindele breakaway was saved, Santa Tecla got on the board first thanks to Wilms Torres setting up defender Bryan Tamacas for a simple finish from close range.

FCD would remain down until the 53rd minute, when Akindele headed a Mauro Diaz cross over goalkeeper Joel Almedia to level the score. Akindele would nearly score again in the 71st minute, but saw a well placed shot through two defenders saved.