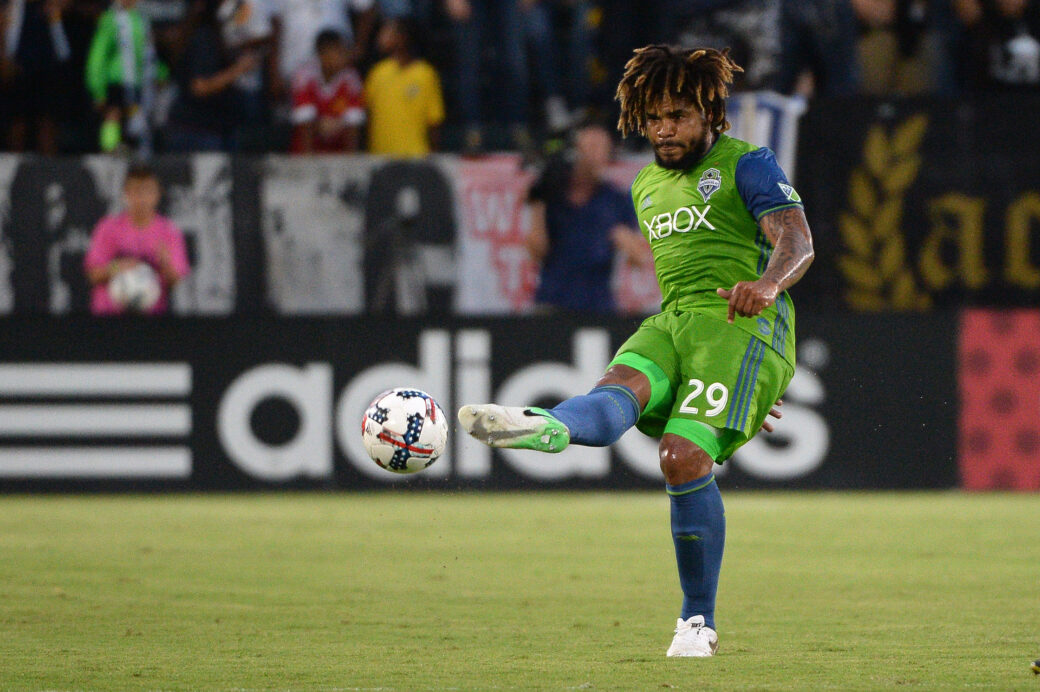 Roman Torres looks to be staying with the Seattle Sounders. The defender had been close to a new deal for quite some time now and reports indicate that the Panama international has signed a new contract that would keep him in Seattle until 2020.

Torres signed with the Sounders before the 2015 season and became a regular in the back line during the 2016 title winning campaign. He scored the winning goal in the penalty shootout in the 2016 MLS Cup Final before starting 21 matches last season.

The Seattle Sounders revealed their new Rave Green home kits for the 2018 season.

It's all in the details. 💚 pic.twitter.com/NEsD09xSeI

The new look features the familiar Rave Green the Sounders have worn for their entire history with some darker green brush strokes blended into the front of the shirt.

Unity: the state of being united or joined as a whole

With a dark color derived from the silver outline from their crest, the jersey features a subtle triangle pattern throughout, which symbolizes unity between the players, fans, and the city.

Former Sounders defender Brad Evans is training with Sporting Kansas City during their preseason camp. Head coach Peter Vermes confirmed the news and said that Monday was his first day with the team. He hasn’t officially signed with the team, however.

Evans has been a free agent since his Seattle contract expired following the 2017 season. He had been with the club since their MLS beginnings. He was taken with the tenth pick in the 2009 expansion draft and made exactly 200 appearances with them.

Sporting Kansas City defender Kevin Ellis is trying to latch on with FC Dallas. While still under contract with SKC, the 2011 homegrown signing is being sent to Frisco, Texas for a trial.

“Kevin is providing us the opportunity to see him closely here and see how he fits into our system,” head coach Oscar Pareja said. “He’s someone who has experience already – being young still – who knows the league and knows the system. All of those things are a bonus for us to have someone who can come and give us that privilege to see him. We respect him, but at the same time we invited him to camp to see how things look for him and us.”

The 26-year-old reportedly had a falling out with the club last season and is on an indefinite leave of absence. He’s played 68 matches in the last five seasons with SKC.