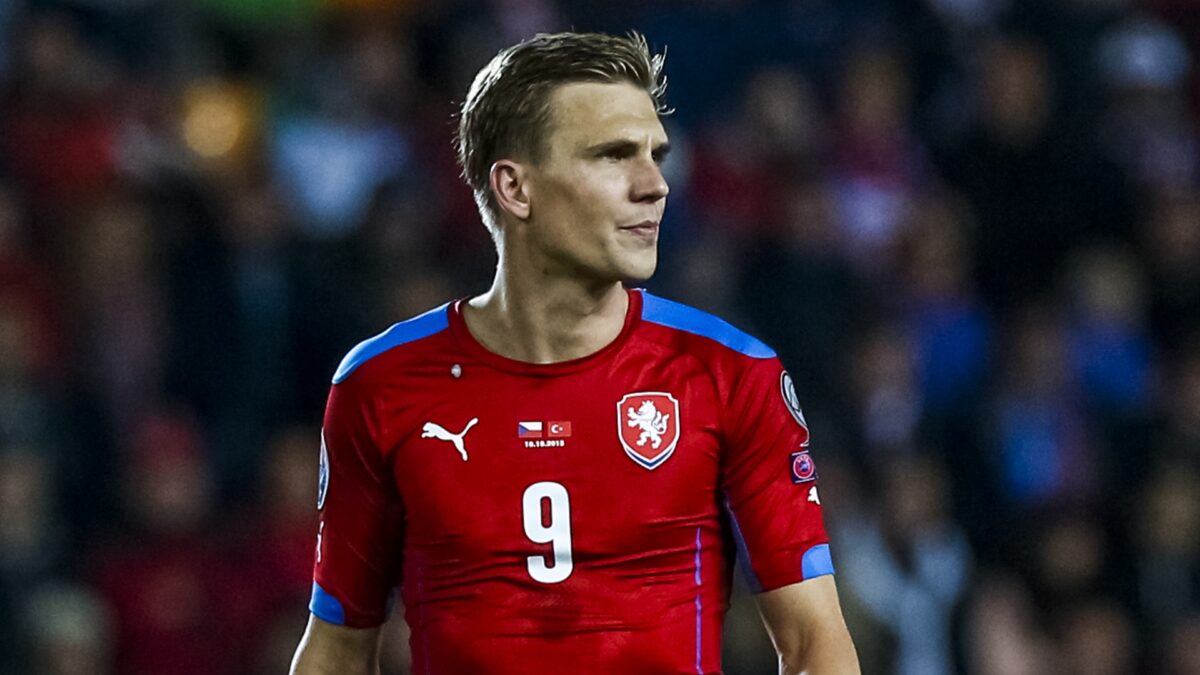 The Philadelphia Union made one big splash this offseason acquiring forward David Accam from the Chicago Fire back in January. Jim Curtin’s side followed that up with the acquisition of Czech Republic international Borek Dockal on Wednesday.

Dockal joins the Union as a Designated Player on-loan from Chinese side Henan Jianye. He has played in the Czech Republic, Turkey, Norway, in addition to China. The 29-year-old has 35 caps for his native country, and was a member of their UEFA Euro 2016 squad.

“When we set out to identify targets for our number 10 position that would be a good fit within our system and parameters, Borek stood out as a leading candidate from the very beginning,” said Union Sporting Director Earnie Stewart. “We believe Borek has the quality to make everyone around him better. This deal took time and patience to complete and we are excited to welcome him to Philadelphia. We look forward to integrating him with our group as quickly as possible as we turn our attention to the 2018 opener on March 3.”

Dockal has made over 350 professional appearances to date and has appeared in both the UEFA Champions League qualification rounds and the UEFA Europa League.

Drafted by the New York Red Bulls back in 2010, Tchani has also spent time with Toronto FC and the Columbus Crew before his move to Vancouver. He made his senior appearance with Cameroon in 2016 two months after appearing with the U.S. Men’s National Team in a friendly.

“Tony is a proven player and winner within MLS. His skill set will be complementary to our current squad and we are pleased to add his talents,” said Fire president and general manager Nelson Rodríguez.

Following back-to-back stellar seasons with Toronto FC, defender Justin Morrow reached a multi-year extension with the club on Wednesday.
The 30-year-old scored a career high eight goals in 2017, helping Toronto to an MLS Cup title back in December. He was also a part of a Toronto FC defense that allowed a league-low 37 goals last season, starring in a 3-5-2 formation.
“Justin is one of the players who has led our turnaround as a club over the last few seasons,” Toronto senior VP of soccer operations and GM Tim Bezbatchenko said in a statement. “He has played such an important part in what we have accomplished as a club and will continue to as we compete for more championships.”
Morrow has made 134 league appearances for Toronto since his move from San Jose ahead of the 2014 campaign. The Cleveland native has scored 15 goals and added 10 assists over the last four seasons.

The Montreal Impact have come to terms with 2018 MLS Draft selection Ken Krolicki on a year-deal, the club stated on Wednesday.
Krolicki, 21, was selected with the 53rd overall selection in January’s draft and was a four-year player at Michigan State University. In 81 careere games, Krolicki scored seven goals and recorded 14 assists for his team in the Big Ten Conference. 2017 saw Krolicki earn All Big-Ten Honors, as well as a USC First Team All-Midwest Region selection.
“I am very satisfied to be able to count on Ken for the upcoming season,” mentioned Impact head coach Rémi Garde. “He is a player we had noticed from the very first game at the MLS Combine. His commitment and his performances at our training camp prompted me to offer him a contract. He has a high work rate, a good capacity to win balls in duels and the ability to bring the play forward. His daily participation in the first team’s training sessions should allow him to continue his progression.”

The Seattle Sounders added another player to their backline options, acquiring South Korean defender Kim Kee Hee.
Targeted Allocation Money was used to acquire the defender, who has spent nine professional seasons in Korea and China.
Hee, 28, most recently was with Shanghai Shenua of the Chinese Super League. He has 23 caps with the South Korean National Team, including six appearances in their successful 2018 FIFA World Cup qualifying campaign.
“We’re excited to add Kim to our roster,” said Sounders FC General Manager & President of Soccer Garth Lagerwey. “He brings solid experience from some topflight leagues and international tournaments and gives us more depth at a vital position. We’ve been fortunate that our international signings over the past few seasons have improved our team and we’re looking forward to continuing that trend with Kim.”
At the club level, Hee has won two K League One titles in South Korea and an F.A. Cup in China.

New York City FC got even deeper at the centerback position on Wednesday, agreeing to a deal with Nigerian defender Sebastien Ibeagha.
Ibeagha, a college standout at Duke University was most recently with USL outfit San Antonio FC where he was named Defender of the Year in 2017. He has also played abroad in Denmark and Iceland before returning to the states. The defender was with NYCFC this preseason on trial, and worked hard enough to earn a contract with the club.
“I like the way Sebastien trained,” head coach Patrick Vieira said in a statement. “He showed a lot of character, he’s physically very strong and his tactical knowledge is very interesting. Of course there is room for him to improve himself but I’m not worried about that because he’s a quick learner and he’s somebody who asks a lot of questions.”
Ibeagha is the club’s ninth signing this offseason, and their fourth on the defensive end.