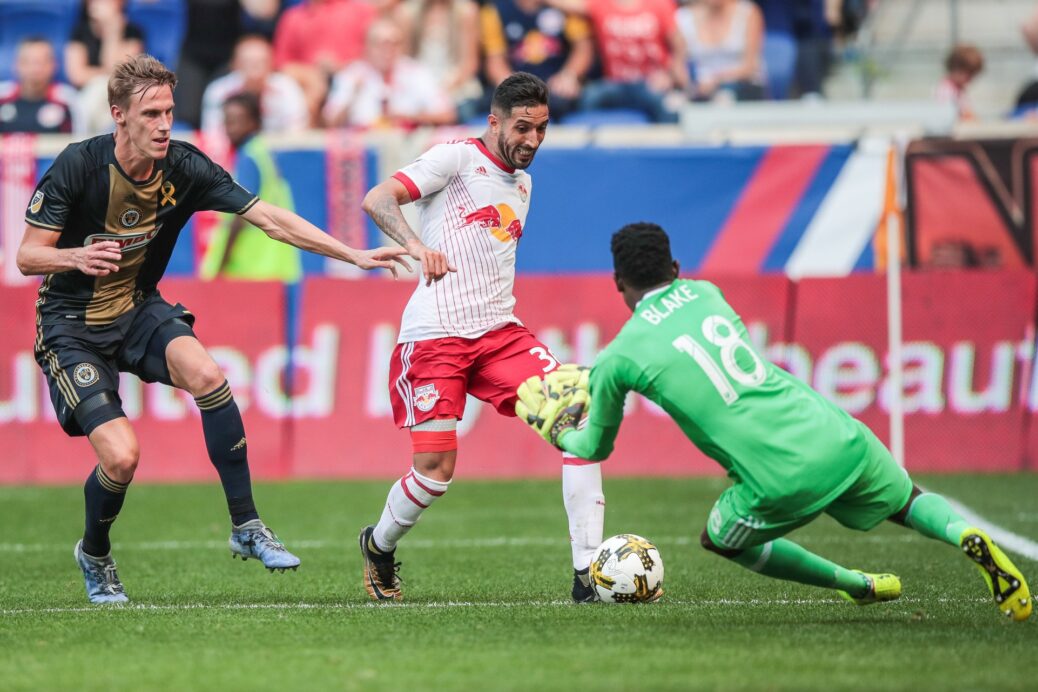 Gonzalo Veron will not be joining his former team’s rival in 2018.

The former New York Red Bulls midfielder, who was selected by D.C. United in the Re-Entry Draft, joined up with Argentinian side Independiente for the 2018 campaign.

Veron failed to live up to his price tag, as he only scored 10 goals and recorded four assists in three seasons with the Red Bulls. Just 13 of the Argentinian’s 60 appearances were starts.

D.C. United will play their first two home contests of the 2018 season in Maryland.

The first of the two matches will take place on March 17 against the Houston Dynamo at the SoccerPlex in Boyds, Maryland, while the second game on April 14 versus Columbus will be played at Navy-Marine Corps Memorial Stadium at the Naval Academy.

Those two games will be the only home contests for D.C. before the opening of Audi Field on July 14, when the Vancouver Whitecaps come to town.

Philadelphia Union sporting director Earnie Stewart, who made a name for himself as a player and technical director in the Netherlands, reportedly turned down an advance by the Dutch federation to be technical director of the national team.

The 48-year-old played for VVV Venlo, Willem II and NAC Breda and worked on the technical staff at NAC Breda and AZ Alkmaar before leaving for the Union.

An Argentinian playmaker will be joining the youth movement at Real Salt Lake in the near future.

The Claret and Cobalt are set to sign 19-year-old Pablo Ruiz from San Luis de Quillota in Chile, per MLSSoccer.com.

Ruiz, who was a member of Argentina U17 World Cup squad in 2015, was on loan in Chile from Argentinian club San Lorenzo last season.

After appearing in five games for the Montreal Impact in his rookie season, forward Nick DePuy was loaned out to BK Fremad Amager in the Danish second division.

DePuy started one game for the Impact in 2017 and most of his rookie season out on loan in the USL.