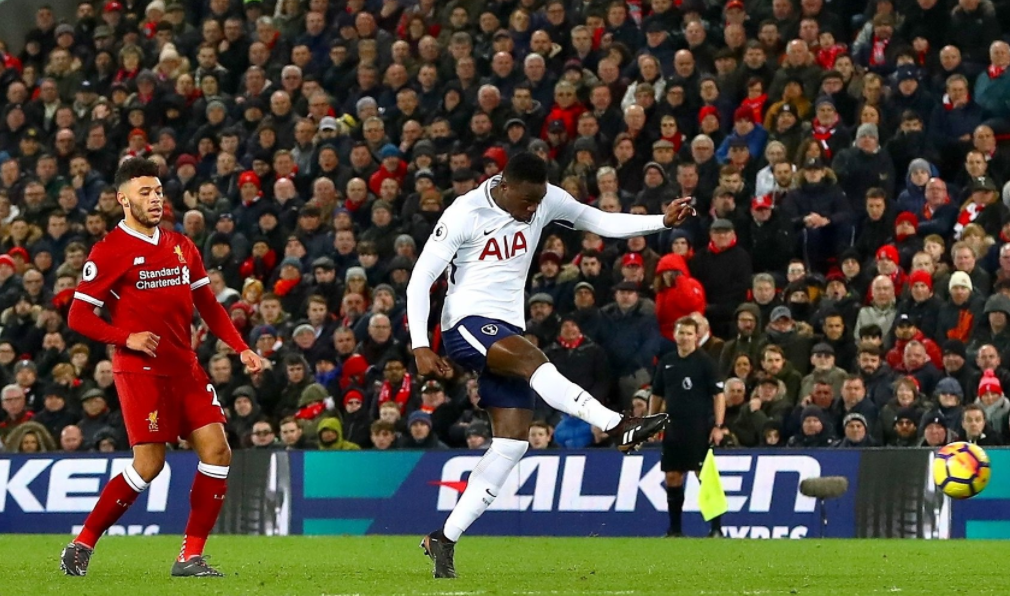 Spurs have struggled to create much on their trip to Anfield. Mohamed Salah gave Liverpool the lead in the third minute of play and were unlucky not to have scored a couple more in the opening 45 minutes.

Tottenham would get a few opportunities in the second half, but nothing looked great for the visitors.

That is, until Victor Wanyama got ahold of a loose ball and fired a first-time laser into the top corner for an 80th minute equalizer.

THIS IS POSSIBLY THE FASTEST STRIKE EVER WOW 🚀🚀 #LIVTOT pic.twitter.com/cAHoB36qBM

That didn’t sum up the action in this match, though. Harry Kane had a penalty saved five minutes after that strike. Salah scored what looked like a Reds winner early in stoppage time, but a controversial penalty gave Kane a second chance from the spot with nearly the final kick of the match to finish the 2-2 scoreline.