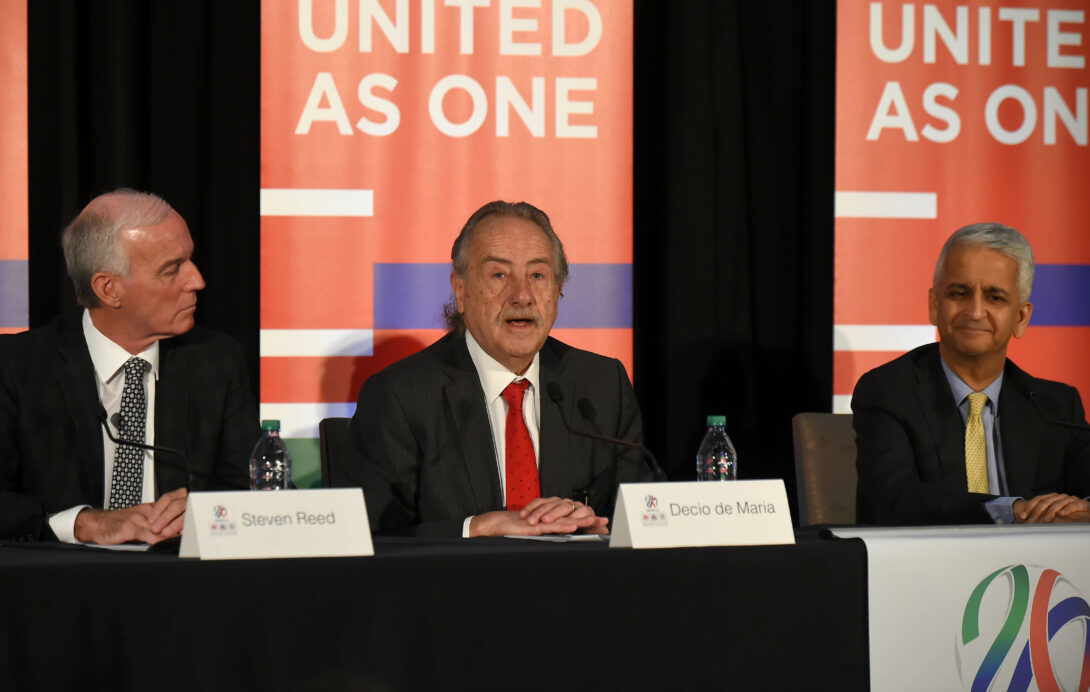 The U.S. Mexico and Canada united bid for World Cup 2026 may not be as ironclad as originally thought.

According to ESPN, support for the bid to host the 2026 World Cup is more divided than many foresaw. The report states that, according to many high-ranking FIFA officials, the lone rival bid, Morocco, may not just challenge the North American bid, but has the potential of beating it in this summer’s vote.

The report adds that Morocco currently has the support of much of Asia and South America, as well as its home continent of Africa, a number that likely would push the bid over the 104-vote total to secure hosting duties. Further complicating the North American plans are that all three potential host nations cannot vote while a fellow CONCACAF nation, Guatemala, is suspended.

According to the report, part of the reason the North American bid is not running away as many predicted is due to a growing frustration with the U.S. on a number of levels. Several voting nations are reportedly not past the widespread FIFA corruption exposed by U.S.-led government agencies while the bid has also worked to counter anti-American sentiments stemming from the election and subsequent actions taken by President Donald Trump, including a travel ban and reported disparaging comments about a number of countries.