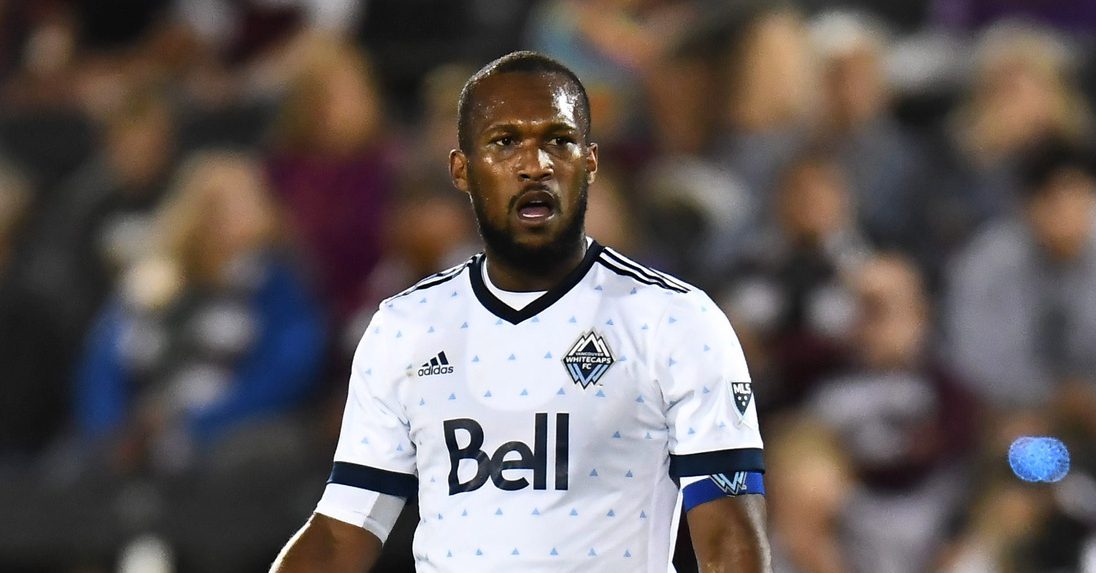 The Vancouver Whitecaps exceeded expectations in 2017, but the way their season ended still left a sour taste.

Having fallen only one point short of their Cascadia rivals for first place in the MLS Western Conference, the Vancouver Whitecaps ended their 2017 regular season in third place. Despite a good showing against the San Jose Earthquakes in the knockout playoff game, the Caps were eliminated by eventual MLS Cup finalists Seattle Sounders.

Despite that defeat, Whitecaps head coach Carl Robinson looks back on last year as a big positive for a club that has had its ups and downs since arriving in MLS.

“I think that last season was the most successful that the club has ever had,” Robinson told SBI Soccer. “We lost the opportunity to win the Western title but to get contention is something that we’ve ever done.”

Even though the team finished their season in the Western Conference semi-finals, the Whitecaps cleared up shop.

Some of the bigger names like David Ousted, Freddy Montero, Christian Bolaños, Matias Laba won’t be back in Van City.

“We spent this offseason trying to address that because in two or three big games last year we fell a little bit short,” said Robinson. “We addressed certain areas that we feel we could be better in if games were tight and so there were a number of changes in the offseason.”

Robinson also cited youth coming up, position characteristics and salary cap restrictions as reason for changes in personnel. With those changes, Robinson and his squad want to get over the hump and earn their first Western conference final appearance.

With that many changes, there is a certain sense of urgency for the team to gel before the start of the season. Marcel de Jong does think that despite the pressure to gel, the new blood brings in more competition within the team and ultimately will make them better this season.

“There’s always pressure and of course when you had a successful year last year it puts us a little in the spotlight,” de Jong told SBI Soccer. “We want to at least have the same season and even hope for a better season.”

Of those new players is striker Kei Kamara, who came in via trade with the New England back in December. The Whitecaps now have a target man up front who can be an areal threat this season. Standing second among all-time active scorers in MLS, Kamara is a welcome addition, especially for a wingback like de Jong.

“That’s what I like the most [about the team] going forward is to have a top guy up there with some length, speed and power up front,” De Jong said. “That what I like as a winger, to be able to cross the ball. Last year we had a lot of low crosses in the box so this year we’ll have a different style and I think it will suit us better.”

For Robinson, having Kamara brings up an opportunity the Whitecaps never really had before: Counting on a player that possesses the abilities to be a target man.

“It’s the first time in my five years as manager that we’ve had a target man,” said Robinson. “We brought in Octavio Rivero three years ago with the intention of him doing that and he did it by scoring six goals in seven games but then he lost his way a little bit.”

“So this is probably the first real time where we have a number nine.”

Having only been with the team for a few months, Kamara is already making his presence felt as a leader on the Whitecaps. This was another aspect of Kamara that was welcomed within the team.

“He wants to be a leader on the team and that’s good, we need that,” said de Jong. “He’s been also great off the field and tries to keep everybody focused and ready for the season.”

Here’s a closer look at the Whitecaps: 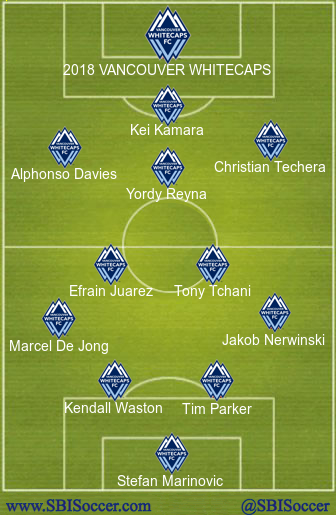 Kei Kamara is regarded by staff and teammates as the first true target man to come to the Whitecaps. With a proven track record in his pockets, Kamara will try to impose himself as a striker and a leader on his new team.

PRESSURE IS ON: Russell Teibert

The Canadian is now in his mid-twenties and will want to impose himself for club and country. With new players coming in at the central midfield position, Teibert will need to prove that he can consistently be on the Whitecaps’ starting eleven. The Canadian connection between Teibert, de Jong, Davies and newcomer Doneil Henry may play in his favor.

Looking onto the season the Whitecaps may very well see their talisman, teenager Alphonso Davies, gaining a greater role within the team. The Gold Cup golden boot and young player award winner is still only 17 years-old but de Jong, who plays alongside him for club and country, thinks that this could also be an advantage.

“He’ll be a pain in the ass for every defender he plays against,” he said. “He’s only 17 years-old but I think that’s a strength too. He’s free in his mind and he plays the way he wants to play. You don’t need to give him too many things to focus on, you just let him play and do his thing. He can only get better, I’m sure of it.”

The fact that both players line up on the left flank and played with each other on several occasions last year could help out both Davies and the Whitecaps as a whole.

“Last year we played a couple of times together, which was very good. You develop a certain connection and that’s good,” de Jong said. “I think that’s something special to have that connection that will only grow and that will be huge for us this year.”

For Robinson, Davies had a very big 2017 calendar year. With 26 appearances for the Whitecaps including both home and away legs in the team’s Champions League tie against Tigres, the teenager was tired by the end of the season. However, he is confident that Davies could be a dangerous part of his squad in 2018.

“He did very well last year but he hit a little bit of a road block halfway through the season because he was mentally and physically tired,” said Robinson. “It’s important that we learn from that and he has been. He’s had a break in the offseason, he’s come back, and he’s flying the kid. He really is.”

Davies’ fellow Canadian national team player Doneil Henry is another newcomer that the Whitecaps, and especially Robinson, hold a lot of faith in. Robinson played alongside Henry when he was still a player at Toronto FC and knew what type of player he would be getting.

“He’s hungry to succeed, he’s had terrible luck with injuries over the last two or three seasons and he needs to be given a chance,” Robinson said.

Robinson admitted that because of the team’s financial constraints, he is “not in a position as a club to go out and buy the finished article.” But according to him, Henry fits that mold.

“He’s got something to prove, we managed to get him on a very good deal because he needs to play and I know I can make him better,” Robinson said. “I’ve done it with Kendall Waston, I’ve done it with Tim Parker so my job is to get Doneil up and running, get him healthy, and teach him what it’s like to be a central defender again.”

With Parker the subject of trade rumors, Henry could be called on to play a big role in 2018.