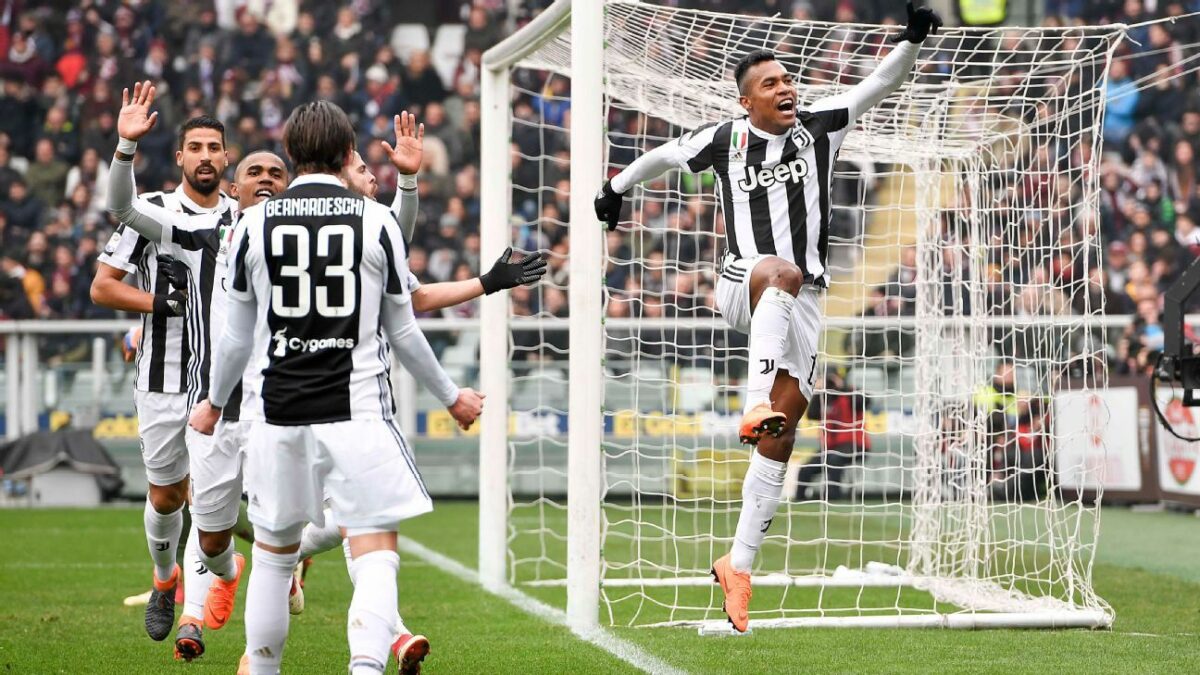 Following a tough or disappointing result, the best way for a team to show a short memory is to win. Juventus showed a short memory from Tuesday’s 2-2 Champions League draw with Tottenham, by edging Serie A rivals Torino 1-0 on Sunday at the Olimpico Grande Torino. The visitors got a lone goal, scored by Brazilian international Alex Sandro after 33 minutes. Sandro was in the right place at the right time, scoring from close range from a Federico Bernardeschi cross. It was Sandro’s third goal of the season for the club. Wojciech Szczesny made three saves in the Turin Derby, helping Juve to their ninth consecutive Serie A win. Torino suffered their first league defeat since a 3-1 loss to Napoli back on Dec. 16th. Juventus remains a point behind Napoli in the Serie A title race, while Torino are in ninth.

After a strong performance in Turin midweek, Tottenham Hotspur had to settle for a replay in the F.A. Cup fifth round following a 2-2 road draw at Rochdale on Sunday. Mauricio Pochettino’s side fought their way back for a 2-1 lead late, only to allow the hosts a 93rd-minute equalizer from Steve Davies. Lucas Moura netted his first goal for the club after 59 minutes, following Ian Henderson’s opener. Harry Kane looked to have given Spurs the win with a 88th-minute penalty kick, after Dele Alli dove inside of the box. Davies’ left-footed effort sealed the draw for Rochale who now face a replay at Wembley Stadium on Feb. 28th.

Manchester City travels to Wigan on Monday in the final first leg of the fifth round.

Atletico Madrid scored a pair of second-half goals to ease past Athletic Bilbao 2-0 at home on Sunday. After a scoreless first-half, Kevin Gameiro found the breakthrough goal in the 67th-minute, scoring from a right-footed shot. It was the Frenchman’s eighth goal of the season in all competitions. Gameiro played distributor on Atletico’s second goal of the match, setting up Diego Costa for his second league goal of the campaign. Bilbao failed to record a shot on goal in the loss, following their Europa League victory in Moscow on Thursday. Atletico remains in second place after their fifth straight win.

Real Madrid used a four-goal second half to down Real Betis 5-3 at the Benito Villamarin. Marco Asensio led Los Blancos with a brace, while Cristiano Ronaldo also got on the scoresheet. The hosts led 2-1 at halftime thanks to a goal from Aissa Mandi and an own-goal from Nacho Fernandez. Asensio had Madrid’s lone first-half tally after 11 minutes. Sergio Ramos headed Lucas Vazquez’s cross in to draw the visitors level, before Asensio scored his second of the match. Ronaldo slid home Casemiro’s through ball assist after 65 minutes to make it 4-2. Sergio Leon made things interesting with his 10th goal of the season, but Karim Benzema sealed the win for Madrid with a right-footed finish in stoppage time. Real are in fourth, a point behind Valencia who are in third place. Betis dropped into ninth place with the loss.

Getafe hosts Celta Vigo on Monday in the final match of Round 24.

Borussia Dortmund defeated Borussia Monchengladbach for the second time this season, winning 1-0 at Borussia Park on Sunday. Marco Reus netted the only goal in the match, finishing comfortably after 32 minutes. The German had been out for most of the season due to injury, and scored his first goal of the season. Roman Burki was the MVP of the match, making 11 saves in the slim victory. Christian Pulisic made a substitute appearance for Dortmund, coming off the bench after 74 minutes. Dortmund jumps up to second place with the win, their fourth in a row across all comps. Gladbach are in 10th after losing their sixth straight match against their rivals.

RB Leipzig travels to Eintracht Frankfurt on Monday in the final match of Round 23.

League leaders Napoli used a sixth minute goal from Allan to edge visiting Spal 1-0 at the San Paolo. The Brazilian scored his fourth league goal of the season, finishing Jose Callejon’s assist into the bottom-right corner. VAR canceled out a goal by Marek Hamsik in the second-half which kept Spal in the match. However, the visitors only mustered one real chance on goal eventually falling for the fourth time in 2018. The newly promoted side are four points from safety in 18th, while Napoli are a point ahead of defending champs Juventus.

Lazio hosts Hellas Verona on Monday in the final match of Round 25.

Florian Thauvin continued his impressive season for Marseille, scoring the winner in his side’s 1-0 home triumph over Bordeaux on Sunday. The Frenchman headed in from close range after 34 minutes, following Dimitri Payet’s corner kick. It was Thauvin’s 15th league goal of the season, his best haul yet in his career. Boredaux, who have scored nine goals in their last four matches, failed to create more than one shot on goal in the loss. Benoit Costil made seven saves in the Bordeaux goal, keeping the scoreline only one. Marseille are in third place while Bordeaux have dropped into eighth.

The points were shared at the Allianz Riviera between Nice and Nantes, with the sides drawing 1-1. Emiliano Sala’s 27th-minute penalty kick leveled the sides, after Dante opened scoring for Nice in the fifth minute. The Brazilian defender had went 66 matches without a goal coming into Sunday’s contest, but showed good composure finishing from a corner kick. Patrick Burner was the guilty party, fouling Andrei Gorotto inside of the box to allow Nantes a penalty. Sala stepped up and found the bottom-right corner for his 11th goal of the season. Nice remains in ninth place, while Nantes are four points better in fifth.