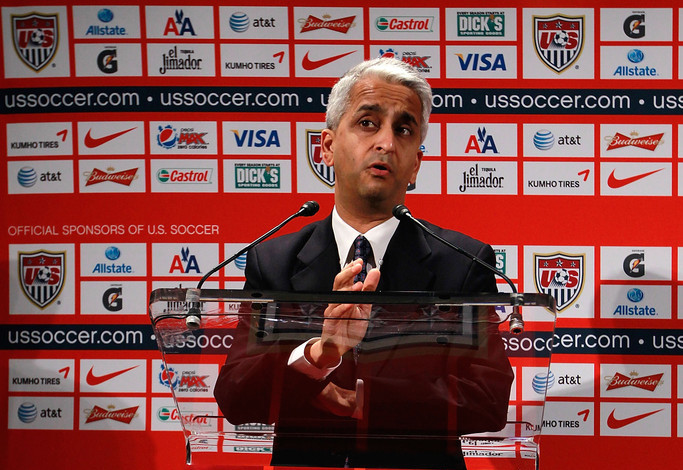 Sunil Gulati is not happy about the tone of the current USSF presidential election.

Speaking at the 2018 Youth Soccer Awards Gala in Philadelphia, Gulati expressed frustration with the way some of the candidates that are looking to replace him have campaigned. Gulati did not mention anyone by name specifically during his approximate 17-minute speech, but was critical of negative tone he feels has take over the election.

“There’s also ways to have, obviously, elections with a positive tone, and the tone in this particular election is far from that,” Gulati said. “That’s, to me, very disappointing.”

The 58-year-old Gulati acknowledged that a lot of the recent criticisms have come in the aftermath of the U.S. Men’s National Team’s crushing defeat to Trinidad & Tobago last October, a loss that shockingly knocked the Americans out of this summer’s World Cup. Gulati, however, insinuated that the U.S. was put in a position to win that day.

“We lost a really big game in October in Trinidad and (former U.S. head coach) Bruce Arena said, ‘It’s on me,’ and I’m saying today, ‘It’s on me,” said Gulati. “I haven’t heard a lot of other people say it’s on them, but that’s okay because we are in charge and we are in the leadership position. But we sent the most successful coach in the history of American soccer, with virtually a healthy team, and we lost a game.”

Gulati touched on a wide range of topics, including recent hot-button topics such as U.S. Soccer’s handling of Jonathan Gonzalez, theories on how to end pay-to-play in youth soccer, and much more.

You can watch the full video below: