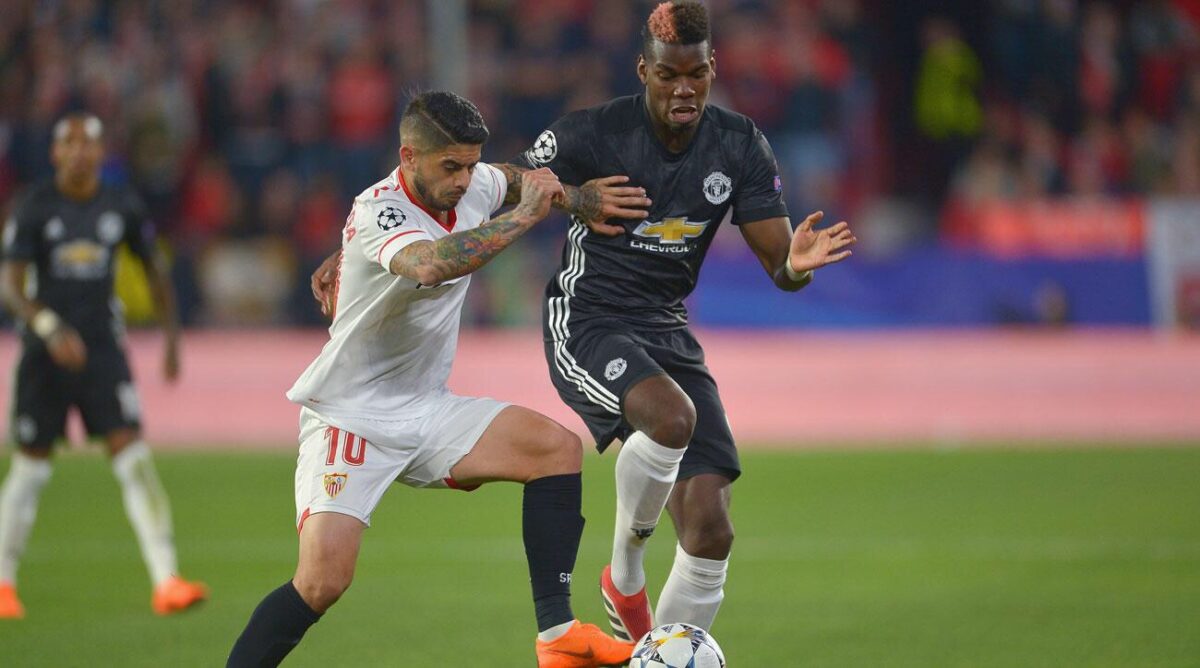 After falling behind local rivals Manchester City in the Premier League title race, many wondered if Manchester United could focus more on the UEFA Champions League.

The Red Devils held on for a 0-0 draw on Wednesday the first leg of their Round of 16 draw against Sevilla. Despite being forced on the back foot numerous times, David de Gea was huge making eight saves in the clean sheet.

The Spanish International has a busy first half, making five saves with two each on Luis Muriel and Joaquin Correa. Steven N’Zonzi’s stoppage time header was the best chance on goal for either side in the opening 45.

Ever Banega tested his luck after the hour mark from long-range but was also frustrated by the 27-year-old keeper.

Scott McTominay has the only shot on goal for United, while Paul Pogba returned to the squad as a first-half substitute.

The sides will do battle at Old Trafford on March 13th for the second leg, knowing all is on the table.

SHAKHTAR FIGHTS BACK FOR VICTORY OVER ROMA

Shakhtar Donetsk used a pair of second-half goals to defeat Roma 2-1 at Metallist Stadium on Wednesday.

A wonderful free kick by Fred sealed the comeback for Paulo Fonesca’s side at home after Facundo Ferreyra leveled the score earlier in the second-half.

Under Cenzig’s left-footed finish after 41 minutes gave the Serie A side a 1-0 lead before halftime. It was the Turkish international’s fifth goal in his last four appearances.

Ferreyra’s third goal in the UCL drew Shakhtar level after 52 minutes, when the Argentine slid home from inside of the box.

Fred completed the turnaround for Shakhtar scoring his first goal in the competition this season. The Brazilian’s left-footed free kick beat Alisson to the top-right corner.

The Italians return to the Olimpico for the second leg on March 13th, knowing a 1-0 win will send them into the quarterfinals.