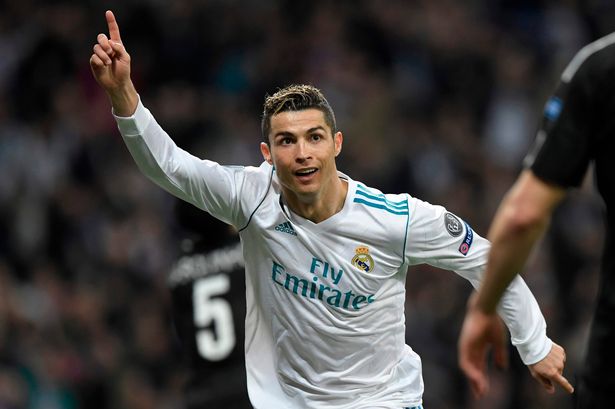 Coming into the UEFA Champions League Round of 16, the marquee draw featured current holders Real Madrid squaring off with Ligue 1 giants Paris Saint-Germain. Both were heavy favorites to win the competition this season, and had plenty of talent at their disposal.

Cristiano Ronaldo led the way with a brace, while Marcelo also scored to help Zinedine Zidane’s men to a 3-1 first leg win at the Santiago Bernabeu on Wednesday. Marcelo’s deflected effort in the 86th-minute put Los Blancos ahead for good, three minutes after Ronaldo had regained the lead for his side.

Ronaldo’s close-range finish gave him 101 Champions League goals for Real Madrid, after a deflected cross benefited the forward. Adiren Rabiot’s right-footed opener in the 33rd-minute had PSG ahead, before Ronaldo leveled things in stoppage time from the penalty spot.

Giovani Lo Celso fouled Toni Kroos on the left side of the box which gave the hosts the spot kick. Keylor Navas made some important saves, keeping three PSG efforts out. Alphonse Areola made four in the defeat, but kept his side from suffering a much-more lopsided scoreline.

The two sides will meet again at the Parc Des Princes on March 6th for the second leg, with PSG having a crucial away goal.

Sadio Mane led the way for Liverpool scoring a hat trick in the Reds 5-0 demolition of Porto at Estadio do Dragao. The Senegalese international opened things after 25 minutes, as his right-footed effort squeezed under the body of Jose Sa. James Milner struck the post four-minutes later, before Mohamed Salah finished from a rebound.

Mane doubled his tally in the 53rd-minute, for his 11th goal of the season in all competitions.

After being kept out earlier in the match, Roberto Firmino netted his eighth goal of the UCL scoring after 69 minutes. Mane capped off his hat trick with a beautiful long-range effort in the 85th-minute. Lorus Karius made three saves in the clean sheet, while Sa made one.

Jurgen Klopp’s men return to Anfield for the second leg on march 6th, knowing bodies may be rested after today’s strong performance.