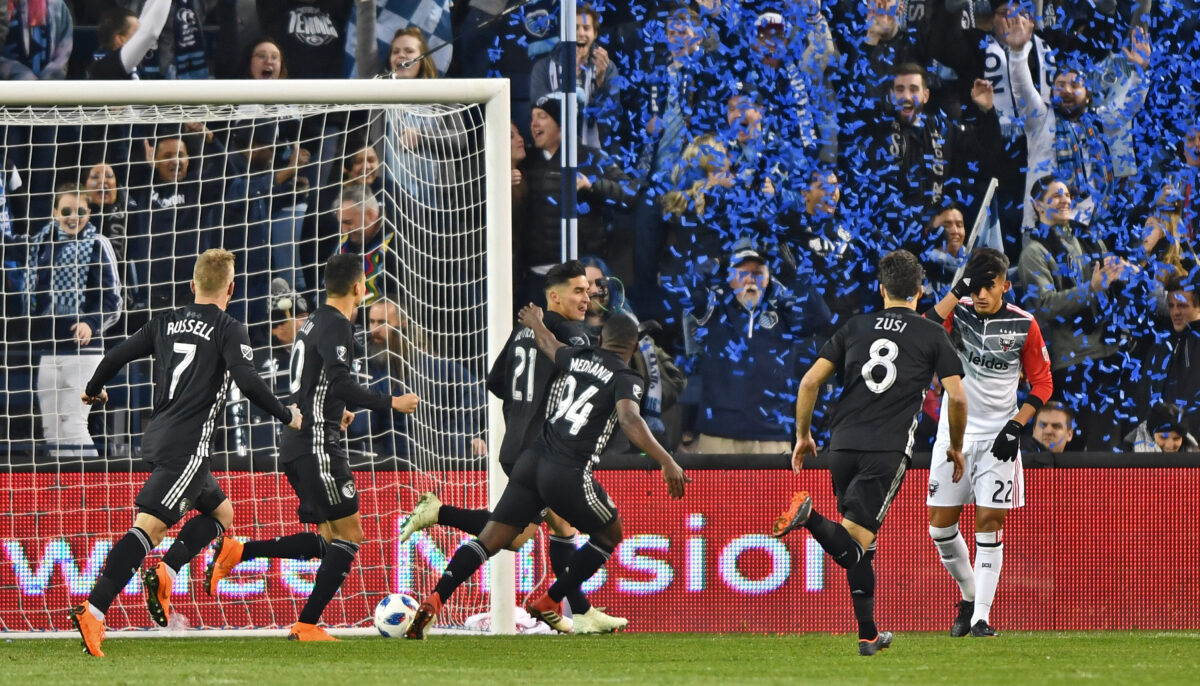 Sporting Kansas City made it three wins in a row, beating D.C. United 1-0 on Saturday at Children’s Mercy Park.

The game’s lone goal came after only three minutes after D.C.’s Frederic Brillant scored an own goal. The home side’s in form midfielder, Felipe Gutierrez, won the ball yards from the penalty area, and made his way to the left side of the box. Though he was at an angle, he made an attempt at goal, which ended up finding its way back in the net courtesy of a Brillant deflection.

Though the scoreboard had only one entry by full time, it was not for lack of trying. Both sides recorded more than ten shots, with the goalkeepers having to be alert. Sporting KC, though, were the side that looked more likely to add more goals, particularly in the second half.

The home side’s dominance in shots was a general trend of the second half, as they were more dominant as time went on. This was especially true in the final half hour of the match, when Sporting KC spent a lot of time close to D.C.’s goal. Any further breakthrough, though, would not come after many missed chances.

It was another strong night for Sporting KC’s man of the moment, Felipe Gutierrez. The Chilean had four goals in four matches to start the season, and he came very close to adding a fifth in five. It was his effort that led to Frederic Brillant’s own goal, doing well after winning possession in the final third. He remained active in the attack as his side searched for a second goal, making for another strong outing from the midfielder.

Though the only goal to speak of was an own goal, it was the impressive play of Gutierrez that made the goal stand out. After winning the ball several yards from the box, he swiftly moved his way around several D.C. United defender as he made his way into the penalty area. His well taken shot eventually came off of Brillant, but it was a job well done for the Sporting KC player.

Frederic Brillant scored the only goal of the match, and that is never a good thing when it ends up in the back of your own net. The own goal was an early setback that he and the remainder of the D.C. defensive unit could not recover from in another poor showing. Though Sporting KC had a difficult time finishing, it was not because of the efforts of the D.C. defense, who ended up conceding 22 shots.