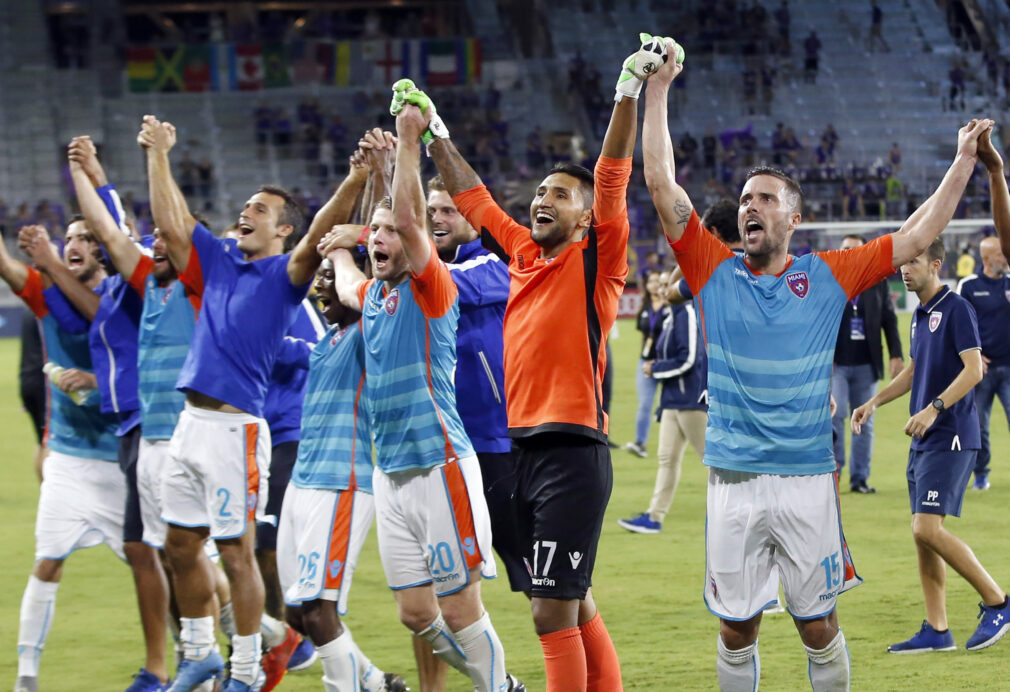 Jeff Carlisle of ESPNFC reported on Saturday that transitional NASL sides New York Cosmos, Miami FC, and Jacksonville Armada will be permitted to compete in this year’s U.S. Open Cup thanks to a decision made by the U.S. Soccer Federation on Friday.

According to Carlisle, the teams will have until Monday at 4:00pm ET to decide whether or not they will choose to enter the competition.

On February 27, the NASL confirmed that it would cancel its 2018 campaign after the USSF’s Board of Directors decided to revoke NASL’s Division II status. These unusual circumstances were taken into account, Carlisle reports, when the USSF determined the U.S. Open Cup eligibility of the three aforementioned sides.

Through 2018, the three NASL sides will field teams in the National Premier Soccer League (NPSL), commonly considered fourth tier of American Soccer, until the ongoing legal issues with NASL are resolved.

The allowance of the three NASL teams to compete in this year’s U.S. Open Cup has also elicited quite a bit of controversy as well. Given the revoking of NASL’s Division II status, the three sides technically would not automatically qualify for the tournament, and would have to play for qualification at the NPSL level.

Their entry into the tournament, granted by the USSF, therefore has not been received well by many fans and supporters of the lower tiers of American soccer. The outcome of this discontent will surely be seen as the tournament kicks off this year.