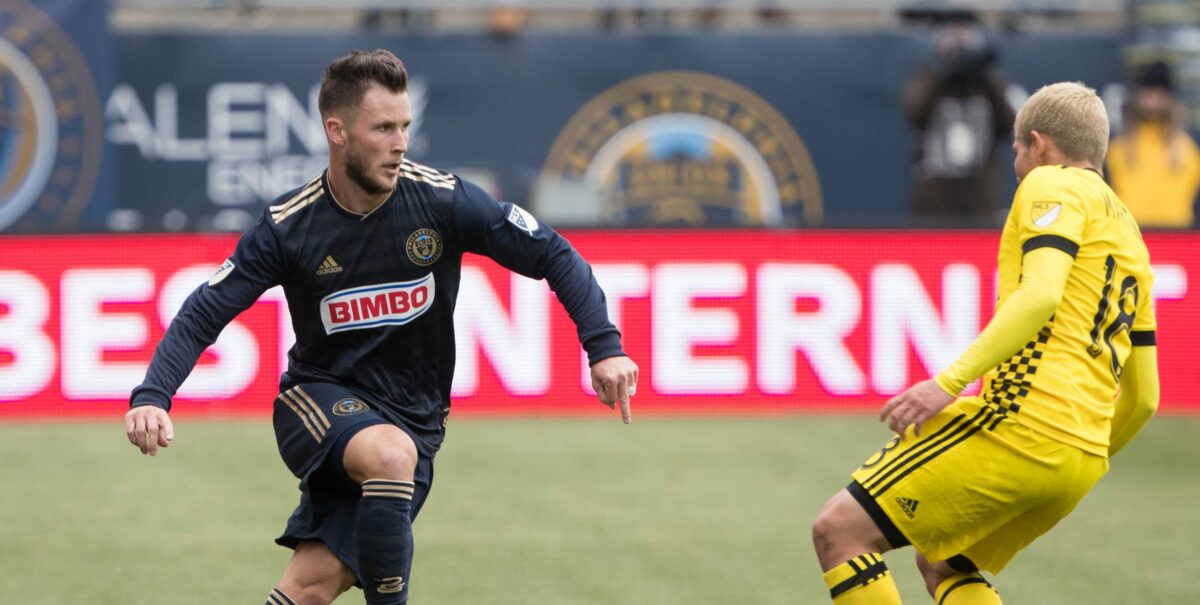 In any sport, early season matches could see teams on their game from the get go or still working out some kinks. Saturday’s clash between the Philadelphia Union and Columbus Crew was more of the latter.

Both the Crew and Union lacked the final product on Saturday, tying 0-0 in a lackluster draw at Talen Energy Stadium. A sluggish first-half saw chances few and far between by the two Eastern Conference sides.

Union debutante Borek Dockal was set up nicely by C.J. Sapong for the first effort towards goal five minutes in, but soared his effort over the net.

Zack Steffen was called into action, comfortably saving Haris Medunjanin’s free-kick in the 22nd-minute. Gyasi Zardes had the Crew’s best effort 27 minutes in, blasting over on a breakaway after a fine set-up by Federico Higuain.

Alejandro Bedoya showed great skill dancing his way into the box after 35 minutes but could not get his effort off in time. The U.S. international forced Steffen into a quick reaction save after 52 minutes, heading towards goal from a corner.

Zardes again got the better of Union centerback Auston Trusty, but did not get much on his left-footed effort which was saved by Andre Blake.

At the final whistle, both teams had to settle for a point apiece in the scoreless draw. Both Blake and Steffen each had four saves apiece, earning their second clean sheets of the 2018 season.

The Union (1-1-0) head into their second bye week of the season before traveling to Colorado on March 31st. Gregg Berhalter’s side (2-1-0) return to Mafpre Stadium next Saturday to welcome D.C. United to town.

Keegan Rosenberry had a strong performance for the Union, quieting the wing play of the Crew. The 24-year-old won several challenges and was always looking to be an option down the wing for Philadelphia. At times, the right back called his own number and tried to create chances offensively as well.

A hard driven cross by Cory Burke looked to have Sapong’s name written all over it after the hour mark, but the forward could not get on the end of it. The Jamaican international had a lively performance off the bench, but the rest of the Union attackers were ineffective on Saturday.

Gyasi Zardes was the lone striker for the Crew on Saturday, and even with his limited chances he could not find the back of the net. The U.S. international left Union defenders struggling to keep up with his pace, but could not beat Andre Blake in goal on numerous occasions.