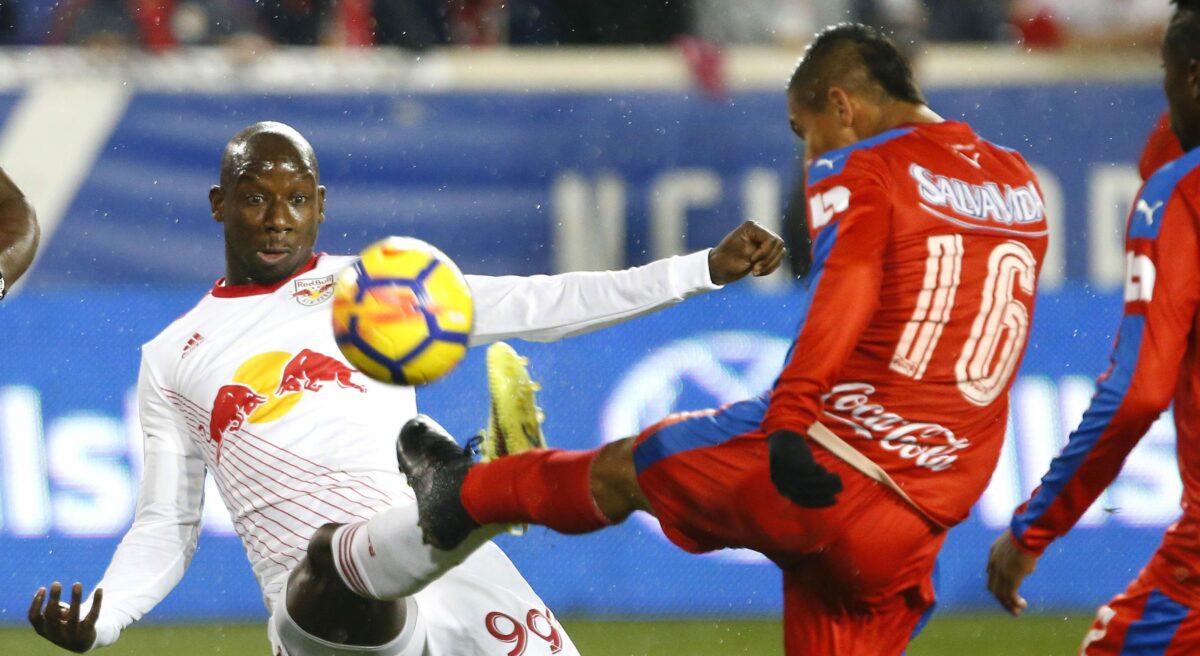 HARRISON — The New York Red Bulls leaned on the play of Sean Davis for a convincing win in the second leg of the Round of 16 CONCACAF Champions League series against C.D. Olimpia.

Davis did it all for the Red Bulls, providing stellar defensive play, creating chances, and scoring a highlight reel goal to power the Red Bulls to a 2-0 victory and a spot in the Quarterfinals.

The first half was very positive from both teams. The Red Bulls settled into the match and showed a lot of the same quality they had exhibited in the first leg of the series. Unfortunately, they also showed a lot of the rust indicative of early season form, allowing numerous chances to go begging.

Olimpia came out with a more focused game plan to counter the Red Bulls style, and anyone that has watched MLS over the last few seasons could see the hallmarks of the approach that has been so effective against the home side: sit back, look to strike quickly in possession, and keep the ball wide to pull the Red Bulls out of position.

Olimpia came out much stronger in the second half, and pushed the Red Bulls through the first 15 minutes. While they were able to create numerous dangerous chances, they could not break through and ultimately paid the price for their wastefulness.

Bradley Wright-Phillips opened his scoring account for the season with a nifty turn and finish from the top of the box in the 54th minute. The goal came against the run of play and gave the Red Bulls some breathing room in the series.

Davis helped put the game to bed with a left footed strike from the top of the box in the 64th minute. Davis stole the ball near midfield and kickstarted the attack. He received the ball back from Adams at the top of the box, took a few touches to settle, then curled the ball in. The goal sucked some of the life out of Olimpia though there was plenty of time left in the match.

Aljandro “Kaku” Romero Gamarra made his official debut with the Red Bulls, entering the match in the 65th minute to the delight of Red Bull fans everywhere. Kaku showed that he has the instincts, but is still not quite on the same page as his teammates.

Next up will be a Quarterfinal clash against Club Tijuana. The Xolos are coming off of their series victory over Motagua, winning 2-1 over the two legs. The Red Bulls will be the second MLS team to advance to the Quarterfinals after Toronto FC had defeated Colorado Rapids earlier this week.

Sean Davis provided a big boost in the middle of the field in the absence of Felipe. His strong defensive effort was accompanied with a very nice goal that helped lock down the game for the home side.

Bradley Wright-Phillips opener came at a critical point in the match just as the visitors were starting to gain the upper hand. The goal helped shift the balance back towards the Red Bulls.

Diego Reyes had a great opportunity to equalize with the Red Bulls leading 1-0. He instead scuffed his shot from within the six-yard box. It was indicative of Olipmia’s struggles in the series, and the moment they lost the match.